You don’t have to be a Costanza to find “serenity now,” Seinfeld fans. Giddyup and get yourselves to Glasgow for the November opening of Serenity Now, the Seinfeld-inspired and totally vegan café. What’s the deal with that, you ask?

For fans of the show, which ran from 1989-1998, you’ll of course remember the famous episode where George’s father, Frank Costanza (Jerry Stiller), relies on the “serenity now” mantra to try and manage his anger issues. Perhaps it’s a nod to the frustration vegans can feel when trying to find one single thing to eat on a menu (a big salad maybe? Or how about a marble rye?).

Whatever the reason, vegans in Glasgow can soon find a healthy and delicious array of breakfast and lunch options along with bowls and baked goods, all made in-house. 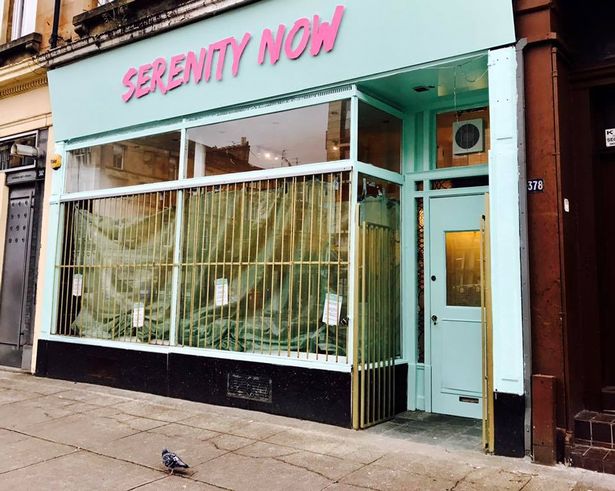 And, no Prognosis Negative for your pooch, either — you don’t leave Farfel with a stranger you met on an airplane – you can bring your pup to the café – there’s a menu just for them.

Not in Scotland? This Halloween, Milwaukee’s The Vanguard transforms into 129 West 81st Street, Apartment 5A.

“Dubbed ‘A Restaurant About Nothing,’ the restaurant and bar will close in the afternoon for redecorating, then re-open at 7 p.m. with a new food and cocktail menu inspired by the classic sitcom,” reports Food & Wine. And the menu will feature at least one vegan dish, a vegan Italian and chorizo combo called “Soy Meets World.” At least it’s not mutton.