When it comes to plant-based nutrition, the most common questions you’ll hear are likely related to protein, calcium, and vitamin D. All of these are part of a healthy diet and traditionally, we tend to associated them with animal-based foods like meat, eggs, milk, and cheese.

If you’re looking to eat more plant-based foods, another nutrient that you’ll want to ensure you’re getting enough of is vitamin B12. According to experts from MIT, B12 is the most chemically complex of all vitamins and it is also one of the most essential for human health.

What is Vitamin B12 and What Does It Do?

According to the National Institutes of Health (NIH), vitamin B12 helps the body’s nerve and blood cells stay healthy and it plays a role in the creation of DNA, the genetic material found in all cells.

It can also help prevent megaloblastic anemia, a condition where bone marrow produces unusually large, abnormally-shaped immature red blood cells, or megaloblasts. This rare condition is marked by fatigue, pallid skin, dizziness, and shortness of breath. The most common cause is a B12 or folate deficiency. 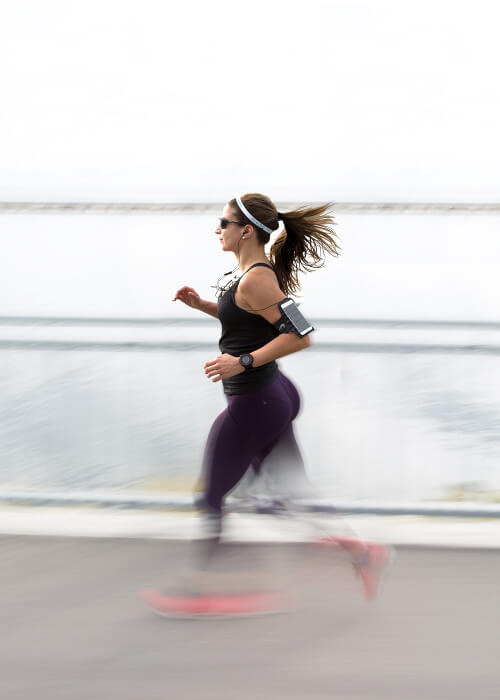 According to Dr. Michael Greger, the author of “How Not to Die,” its vegan cookbook sequel, and the founder of NutritionFacts.org, B12 is critical to any healthy diet – and not getting enough can have devastating consequences on your health. In some cases, B12 deficiency has led to paralysis, psychosis, blindness, nervous system damage, and even death. Depending on how much B12 one’s body has stored, it can sometimes take years for a deficiency to become known. Anyone who doesn’t eat a balanced diet or supplement — not just vegans — are at risk of B12 deficiency.

Where Does Vitamin B12 Come From?

The most well-known sources of B12 are not vegan. According to the NIH, naturally-occurring B12 can only be found in animal products. Beef, animal liver, and clams are considered by many to be the best sources. After that, fish like sardines and tuna, meat, eggs, milk, and other dairy products are also known to contain B12. But where, exactly, does B12 come from? Dr. Greger explains that B12 does not actually come from animals, but from “microbes that blanket the earth.” According to MIT, microbes in soil live in a symbiotic relationship with plant roots, leading to the creation of B12. 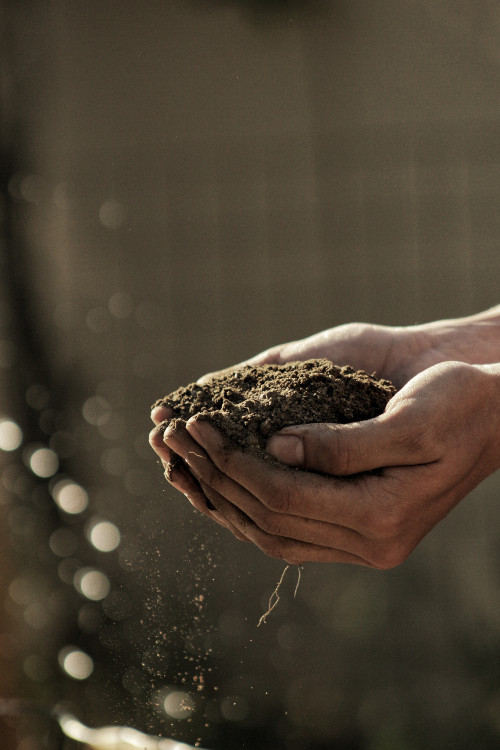 Science is still not entirely sure why soil bacteria synthesize B12 at all. Considering that the microorganisms nor the plants they live in harmony with don’t require B12 to survive, it’s a question that’s perplexed experts. Some speculate that it may allow bacteria to “‘withstand ‘challenges’ made by the plants during the formation of the symbiotic relationship.”

Researchers acknowledged that it may still be several years before we know why vitamin B12 is synthesized. Despite the mystery, B12 is an important part of any diet, human or animal. In nature, great apes get their B12 by eating dirt, bugs, or feces, but humans can get their B12 from a number of sources – even on a plant-based or meatless diet. All it takes is careful planning.

Instead of meat and dairy, experts recommend taking supplements or eating vegan food that has been fortified with B12. The Dietary Guidelines for Americans recommends that you get as many nutrients as possible from food, but, as Dr. Greger notes, it may be difficult to obtain sufficient amounts of B12 from fortified foods. However, he maintains that taking a dietary supplement will be the most efficient way for most to get their B12.

“Instead of taking B12 supplements, it is possible to get sufficient amounts from B12-fortified foods, but we would have to eat three servings a day of foods each providing at least 25 percent of the Daily Value (on the Nutrition Facts label), with each serving eaten at least four to six hours after the last,” he wrote.

Both the NIH and Dr. Greger recommend taking a vegan-friendly B12 supplement or including adequate servings of fortified nutritional yeast in one’s diet. See below for a detailed guide on vegan sources of B12 with recommendations.

How Much B12 Does the Body Need?

The amount of B12 you need in your diet varies from person to person, evolving with life stages. 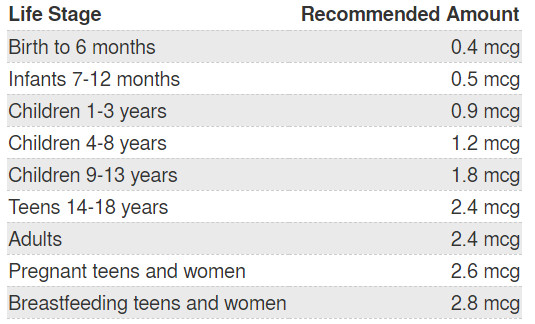 According to the NIH, babies, infants, and young children all require less than 1.0 mcg (micrograms) per day.

The amount goes up with age and unlike iron and other nutrients, the amount doesn’t vary by sex. The only time it matters is if you’re pregnant or breastfeeding. Those expecting or breastfeeding a child require the highest amount of B12 in their daily diet. The NIH notes that anyone who falls under those categories should take extra care to ensure that they’re receiving adequate nutrition.

B12 should be taken daily in order to meet your nutrition needs. Be sure to consult your physician before introducing any supplements into your diet.

What Are The Signs of B12 Deficiency?

While many are able to get enough B12, deficiency is common and is known to affect between 1.5 and 15 percent of the public. Deficiency is more common in those who have had gastrointestinal surgery, those with digestive disorders like celiac disease or Crohn’s disease, people with pernicious anemia, and adults over 50. The NIH recommends that anyone over 50 get their B12 from fortified foods or dietary supplements because their stomachs do not have enough hydrochloric acid, which helps absorb the vitamin.

Vegans and vegetarians may have a higher risk of B12 deficiency without careful dietary planning.

Signs of deficiency include fatigue, weakness, constipation, little to no appetite, unplanned weight loss, and megaloblastic anemia. It can also cause nerve problems, like numbness and tingling in the hands and feet. Other symptoms include depression, confusion, dementia, fuzzy memory, soreness of the mouth and tongue, and problems with balance.

Vitamin B12 deficiency can have dire health consequences if not treated early. If you suspect that you may have a B12 deficiency, consult your physician. Experts recommend getting your blood tested for nutritional deficiencies at least once a year in order to help maintain good health.

Where to Find Vegan B12

Even though naturally-occurring vitamin B12 is not available in any plant-based foods, it is possible to meet your body’s needs, even on a vegan diet. Here are some of the best vegan sources of vitamin B12. Some studies have noted that certain types of mushrooms, as well as nori, contain vitamin B12, but they are not considered good sources. 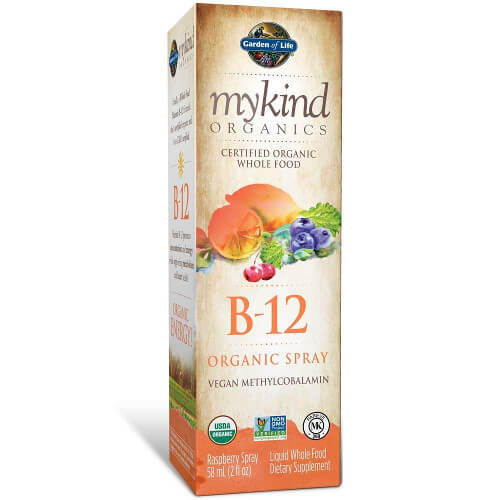 Supplements are considered by experts to be one of the best ways to get vegan B12. Multivitamin tablets and gummies are abundant choices, but B12 is also available in liquid and lozenge form, which you take sublingually (under the tongue). Sublingual B12 is commonly thought to be better absorbed by the body, but studies have shown that this is a myth. A 2003 study published in the British Journal of Clinical Pharmacology concluded after a controlled study, “There was no significant difference in concentrations between the treatment groups.”

Some supplements may contain animal-derived ingredients, like gelatin. Most bottles will be clearly labeled as “vegan.”

Deva Vegan Vitamins makes cherry-flavored sublingual lozenges, Garden of Life makes vegan-friendly capsules and liquid B12, MegaFood makes tablets, and MaryRuth Organics makes vegan D3+B12 gummies. You may also be able to find vegan-friendly B12 supplements through generic store brands, but always be sure to check the ingredients label before making a purchase.

You should always consult your physician before introducing any new supplement into your diet. 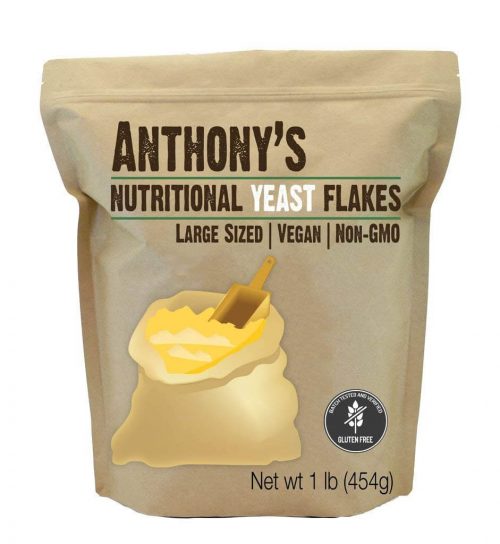 Aside from supplements, fortified nutritional yeast is Dr. Greger’s favorite way to add B12 to your diet – but what is it?

Nutritional yeast is a form of deactivated yeast that comes from the species Saccharomyces cerevisiae. It can be grown on a variety of sources, including blackstrap molasses, sugar beets, and in some cases, whey. It’s a naturally gluten-free, soy-free, and cholesterol-free food that comes in yellow flakes. It also has a cheesy taste, making it great for making vegan cheese and dairy-free sauces.

Not all nutritional yeast is fortified, so be sure to read the label before making a purchase. In addition to being a great substitute for cheesy vegan recipes, it can also be a good source of vitamins and minerals. According to the USDA, a serving of Bob’s Red Mill Nutritional Yeast is a good source of not only B12, but also protein, thiamin, riboflavin, niacin, vitamin B6, and vitamin D.

Dr. Greger recommends including a few tablespoons of nutritional yeast in your diet daily. It’s great sprinkled over salads and veggie bowls as an alternative to parmesan or you can use it in recipes like this vegan stovetop mac and cheese. You can also use it to make cheesy kale chips or just sprinkle it over popcorn for a kick of cheesy flavor. BjornQorn, a  brand that makes sun-popped popcorn, uses fortified nutritional yeast in its snacks.

Apart from Bob’s Red Mill, fortified nutritional yeast is offered by NOW Foods, Bragg’s, Sari Foods, and Anthony’s. You may also be able to find it in the bulk buy section of Whole Foods Market and other grocery stores, but be sure to ask the staff whether or not it’s fortified. 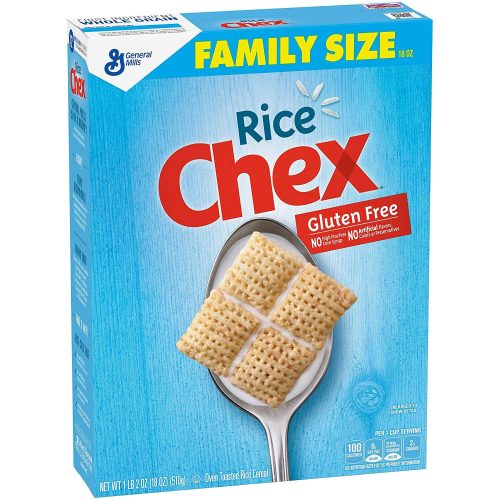 Several vegan breakfast cereals are fortified with vitamin B12. Quaker Puffed Rice Cereal is fortified with B12. According to ChooseVeg, “Total Corn Flakes, Malt-O-Meal Bran Flakes, Rice Chex, Kellogg’s All-Bran, and many varieties from General Mills” are also fortified. For hot cereal, try Kashi Heart to Heart Instant Oatmeal, which contains 100 percent of the daily recommended intake. Other vegan-friendly brands may also be fortified with B12 – just be sure to check the label for animal-derived ingredients before purchasing. And of course, pair it with a vitamin B12-fortified vegan milk! 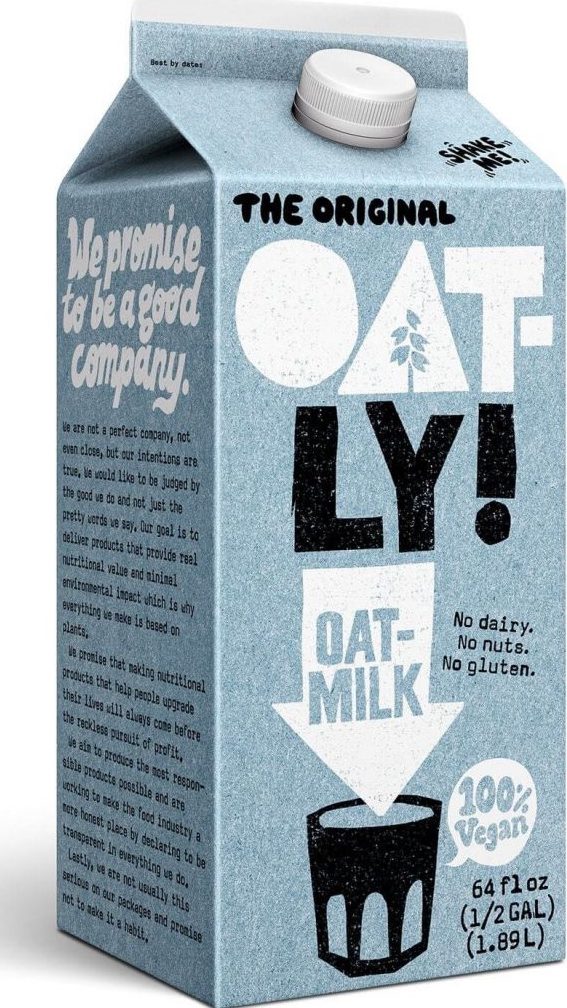