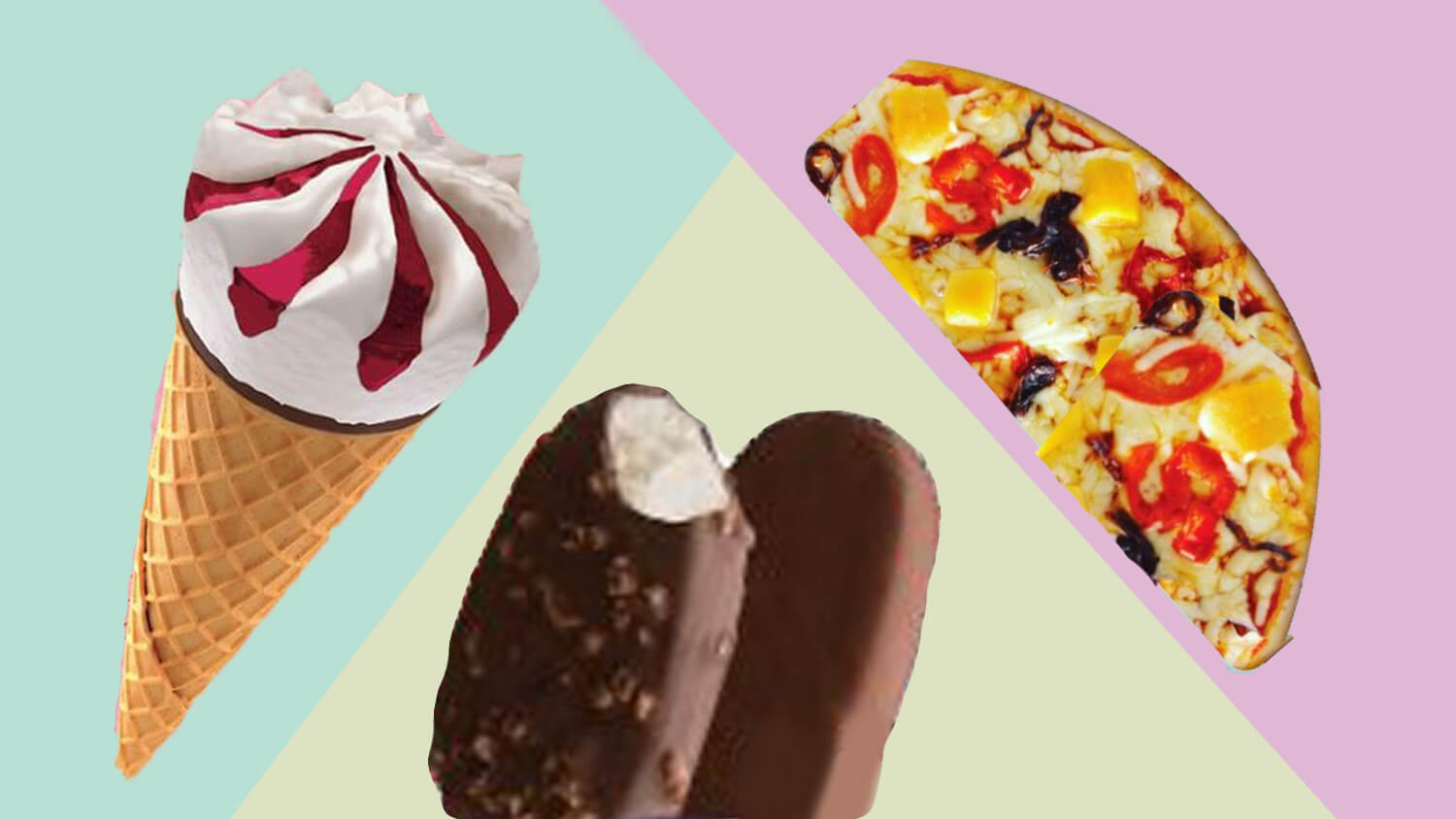 The pizzas are made by UK-based frozen food brand Whole Creations, which specializes in gluten-free pizzas as well as gluten-free and dairy-free desserts. The new product launch marks the brand’s first-ever vegan pizza option.

“Soooo excited to announce the launch of our new Dairy & Gluten Free Vegan Pizzas out now in the freezer @sainsburys,” Whole Creations wrote in an Instagram update. The frozen dairy-free pizza features a thin and crispy gluten-free crust topped with roast butternut squash, red peppers, and caramelised red onions. The vegan cheese comes from Scotland-based brand, Sheese. The company’s award-winning nondairy cheese is made from a blend of coconut oil and potato starch.

According to the website, its vegan ice cream options include chocolate and vanilla cones, which feature nondairy vanilla soya-based ice cream, dairy-free chocolate coating, and crunchy hazelnut pieces in a gluten-free cone, as well as “Little Kings,” soya-based ice cream bars coated with chocolate and almond pieces. Earlier this week, the brand took to Instagram to announce another new arrival to its lineup of vegan products: coconut-based raspberry swirl cones and Little Kings.

“Looking for delicious gluten and dairy free ice creams? Our brand new coconut based Cones & Little Kings have just hit the shelves @sainsburys. Please try them and let us know what you think,”  wrote the brand.

Since the beginning of the year, Sainsbury’s has been making good on its promise of launching new vegan offerings in order to meet the rapidly growing demand for plant-based products. In spring, the UK’s second-largest supermarket chain launched grab-and-go vegan spicy pulled jackfruit wraps and three own-brand coconut-based ice cream pints. Sainsbury’s launched “bleeding” vegan mushroom burgers from Dutch brand Naturli’ Foods at the beginning of summer, which was followed by a 19-product launch including vegan meat brands Tofurky, Linda McCartney, and Vivera.

The diverse range of new vegan products launched by Sainsbury’s is part of a larger plant-based product rollout announced at the end of 2017. According to James Hamilton, the meat-free and readymade buyer for the brand, the meatless category in particular experienced strong sales, growing by 20 percent each week.