According to a thread on popular discussion website Reddit, Whole Foods in Philadelphia recently packed out an entire freezer with Beyond Meat products only.

The sign above the freezer reads “Try the Trend” and the shelves are filled with plant-based Beyond Burgers and Beyond Sausages, both of which are said to look, cook, and taste like their beef and pork counterparts.

Reddit users were impressed with the store’s dedication to the vegan brand. “[The sign] should have said ‘taste the future’ or something,” one commented. “Also wow that’s a lot of Beyond in one store! That’s like the same amount of all the stores near me that carry it combined.”

Another added, “this is a store dedicating valuable space to just a vegan product. That is amazing progress toward a goal we all support.” 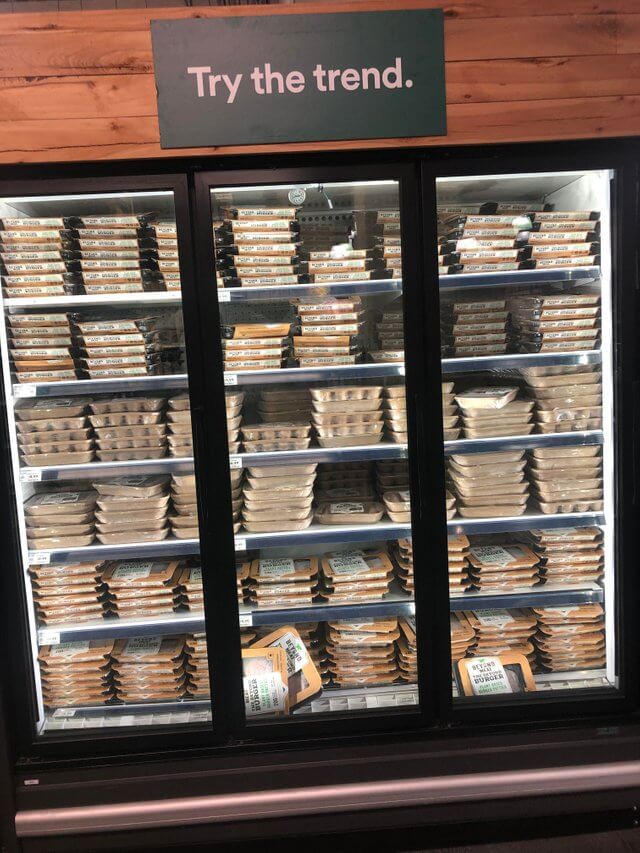 The Rising Success of Beyond Meat

Whole Foods’ packed out freezer is a reflection of the growing demand for vegan meat products, in particular, those made by Beyond Meat.

The brand is consistently growing, offering its “bleeding” burgers and convincing sausages in supermarkets and restaurants around the world. It recently became the first vegan meat brand to IPO with roaring success; it jumped 240 percent in value and now has a market worth of around $3.8 billion.

The secret to the brand’s success is its appeal to meat-eaters. When they don’t have their own dedicated freezer, Beyond Meat’s products are stocked alongside real meat products, instead of in the vegan and vegetarian section. This draws the attention of meat-eaters and flexitarians. According to a recent study, 93 percent of the brand’s customer base eat meat.

Executive Chairman of Beyond Meat Seth Goldman told Food Navigator in 2018, “our goal has never been to be the top-selling veggie burger company, although we obviously want vegans and vegetarians to enjoy our products. But we’ve never aspired to be the leader of 5 percent of the market, we’re going after the other 95 percent.”