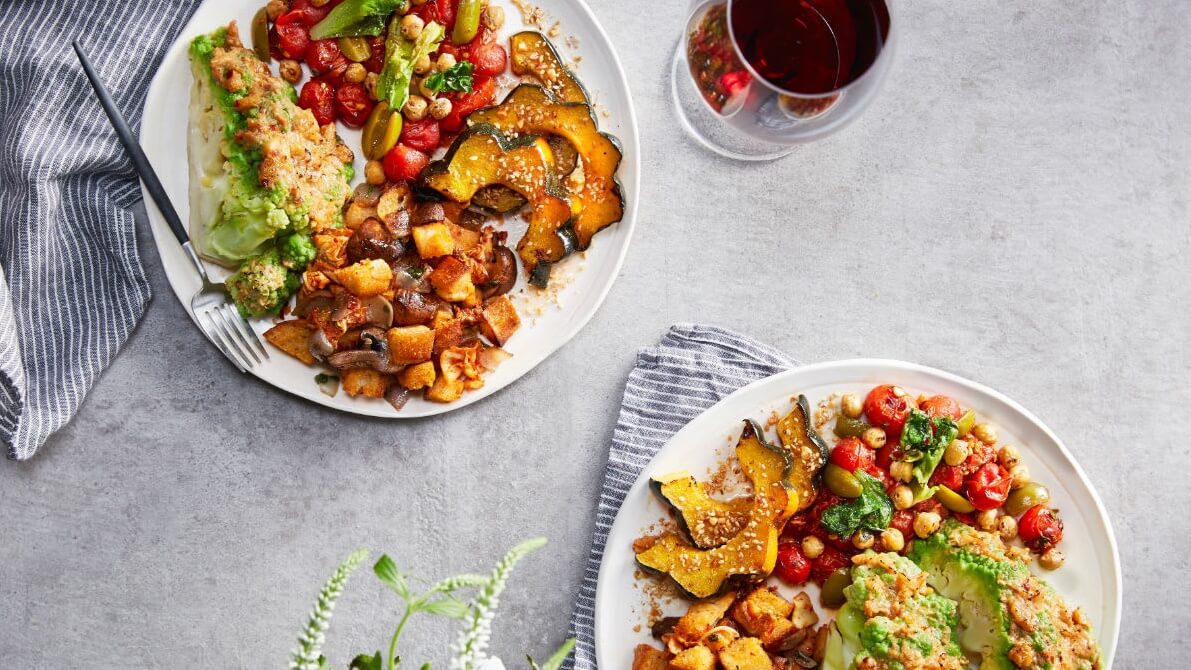 Whole Foods Market will give vegetable lovers another reason to give thanks this holiday season with the launch of its new vegan holiday meal range.

The chain, which prides itself on being “America’s Healthiest Grocery Store,” has joined forces with award-winning chef Jeremy Fox to launch the vegan holiday meals. Fox has plenty of culinary expertise, known for his first cookbook “On Vegetables,” which was a James Beard finalist, and serving as chef and partner at the Rustic Canyon and Tallula’s eateries. He is also behind a new Santa Monica restaurant, named Birdie G’s, expected to debut next spring.

The chef collaborated with the Whole Foods Market culinary development team ahead of this festive season to create unique veg-centered meal options that will appeal to everyone around the dinner table.

I love when the autumn winds roll in, the temperature dips into the chilly 70’s, and the colors on the plate deepen. poached & grilled honeynut squash, the seeds, fresh cheese, basil & pomegranate #simplerc #vegetarianrc

The holiday menu options include a whole, slow-cooked Romanesco cauliflower topped with lemon-garlic bagna cauda sauce and red miso; slow-cooked cremini mushroom stuffing with kimchi; roasted acorn squash with maple and hazelnut dukkah; and for dessert, a frosted sweet potato blondie with vanilla frosting, a sprinkling of toasted cashews, and a hint of curry.

To celebrate World Vegan Day and the new partnership with Fox, these festive recipes will also be featured on Whole Foods Market hot bars nationwide.

Last year, Whole Foods Market celebrated World Vegan Day by partnering with vegan chefs from Vedge, a popular Philadelphia restaurant, to create all-new recipes for the holiday season. The chain later revealed that these vegan meals were among the top food favorites of the season at Whole Foods Market.

And it’s not just during the holiday season that Whole Foods Market is championing vegan dishes. Whole vegetable dishes were among the chain’s top food trend predictions for 2018. Accordingly, the chain is releasing a veg-focused cookbook, its first recipe book since 2002, due out on 30th October. Comprising plant-centred recipes, “The Whole Foods Cookbook: 120 Delicious and Healthy Plant-Centered Recipes” is written by co-CEO and co-founder John Mackey and features recipes from “Wicked Healthy” vegan chefs and brothers Derek and Chad Sarno.