The latest Whole Foods Market is set to open next month, this time with an exciting twist.

Including the same old tahini and cold pressed alfalfa sprouts (that’s probably a thing), there will also be something rather revolutionary in convenient comfort food – a four-foot mac n’ cheese bar!

Alongside several other varieties of traditional non-vegan mac n’ cheese – for Whole Foods’ heavy veg customer base, a veganized mac’ n cheese dish will also be on offer. 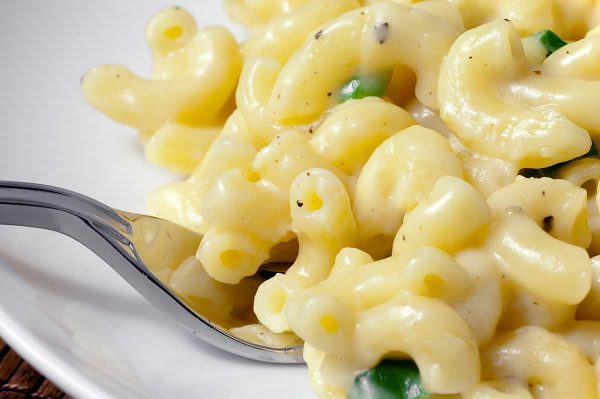 The brand spanking new organic grocery store will swing open its doors at 9 am on November 15th at Denver’s Union Station and will the first branch to include the new hot food bar.

In total, there are 473 Whole Foods stores to date, located all across America and the U.K. and the franchise pride themselves on being the global leaders in natural and organic foods.

Like vegan alternatives in general, vegan mac n’ cheese is increasing appreciation among many including the likes of recently ‘converted’ OITNB’s Danielle Brooks who shared her very own recipe on The Chew last month. In select locations, you can now also get vegan tuna sushi rolls, hot vegan burgers and boozy vegan milkshakes at Whole Foods Markets.

So whilst not every franchise will be dishing up good ole’ DF cheesy pasta, we remain hopeful that this is a sign of things to come.