If you have ever wanted an on-the-go alcoholic vegan milkshake – Whole Foods has you covered! (At least, in Brooklyn anyway).

These drink-meets-dessert masterpieces are part of N4’s menu – a tap room and restaurant found in the lower level of a Whole Foods store in Williamsburg, Brooklyn. N4’s humble menu could be commonly overlooked yet contains a plethora of delicious and decadent foods. Included on the menu is also the 100% vegan Beyond Burger in addition to fries and other veg-friendly side dishes. The real star of the show though are the Van Leeuwen vegan milkshakes, all of which can be made brilliantly boozy upon request to the bartender.

A wide range of Whole Foods stores have on-trend taprooms with creative culinary and craft beer options available. For example – over summer a rooftop taproom at the Whole Foods Gowanus, Brooklyn store had frozen rose on the menu. 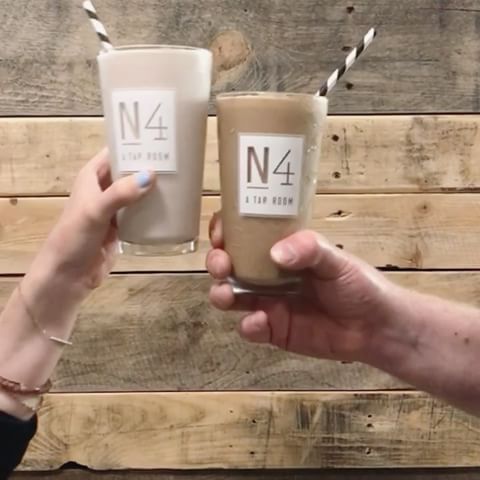 Supporting vegan options and voting with your dollar is effectively your new, favourite, and totally legitimate excuse for booze, vegan milkshakes and a trip to a nearby Whole Foods. Does your local store serve vegan milkshakes with the option to booze-ify? If not, why not try suggesting they do?