Airbnb will no longer promote tourism that harms animals.

The home-sharing platform introduced “Airbnb Animal Experiences,” a new standalone category that tourists can pick from on Thursday.

“We realized people want to reconnect with animals,” Mikel Freemon, the head of animals at Airbnb Experiences, told the New York Times. The new division offers more than 1,000 animal experiences in 58 countries.

Airbnb worked with World Animal Protection, a global animal welfare nonprofit organization, to develop a set of guidelines. Hosts offering animal experiences must comply to the rules before they can be included on the platform. “We wanted to fulfill that urge in a responsible way,” Freemon continued. 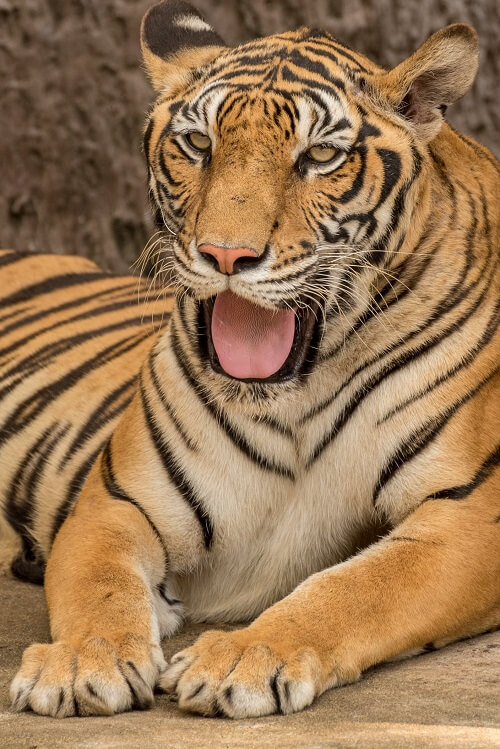 “Instead of swimming with dolphins in captivity, you can go with a researcher and study wild dolphins,” Freemon suggested.

The policies also mandate that animals receive the bare necessities — food, water, shelter — as well as access to veterinary care and freedom from distressing experiences. Animals must also be given the freedom to express natural behaviors.

Rescues and sanctuaries that use wild animals for direct interactions or shows, that buy, sell, or breed animals are banned. But, rescues that “responsibly breed” or rehabilitate animals to be released into the wild are allowed.

Experiences featuring interactions with domestic animals like horses, camels, mules, and donkeys also have a set of guidelines. Carriage rides in urban settings are banned and animals must not be forced to carry more than one person. Animals must also be given the freedom to disengage from human contact.

Airbnb also prohibits any venue that uses animals as props for photos (and advises not taking selfies with animals), keeping a respectful distance from animals, and cleaning up after oneself.

“To have a travel leader such as Airbnb commit to making animal welfare a top priority will not only help educate travelers on the importance of cruelty-free animal tourism but also illustrate to them the opportunities to experience wildlife in their natural habitats while traveling,” said Alesia Soltanpanah, the executive director of World Animal Protection, in an email.

Airbnb’s new policy comes at a time when many travel companies, including British Airways, United Airlines, and Virgin Holidays, have cut ties with SeaWorld on animal welfare grounds.