The northern Thai city of Chiang Mai has long been a backpacking hotspot in Southeast Asia. With its beautiful scenery and laidback hippie vibes compared to the hustle and bustle of Thailand’s capital, Bangkok, Chiang Mai is an unmissable destination on your adventure around Thailand. Even more so, if you’re a vegan.

With over 100 vegan and vegetarian restaurants on offer in the city, Chiang Mai is a vegan travelers paradise. Traditional Thai, Chinese, Burmese, Japanese, and Western are just some of the vegan cuisines available according to HappyCow – a website and app created especially for vegan and veggie travelers.

Reform Kafe, which has a HappyCow 5-star rating, is located in the old city region, in the Green Tiger House Guesthouse. Massaman Curry, Tom Yum Soup, Fried Rice, and Khao Soi Soup are just some of the veganized Thai classics on offer on the menu. The Guesthouse even serve a fully vegan coffee menu, with three choices of plant-based milk! Bee Vegan is another highly rated vegan restaurant, both on HappyCow and on TripAdvisor. Bee Vegan cooks your food to order, specializing in Thai meals, but offering some Western dishes too. “If you want some vegan Thai food, this is the place to go,” stated one online review about the restaurant, with another adding that it was “a gem of a find.” 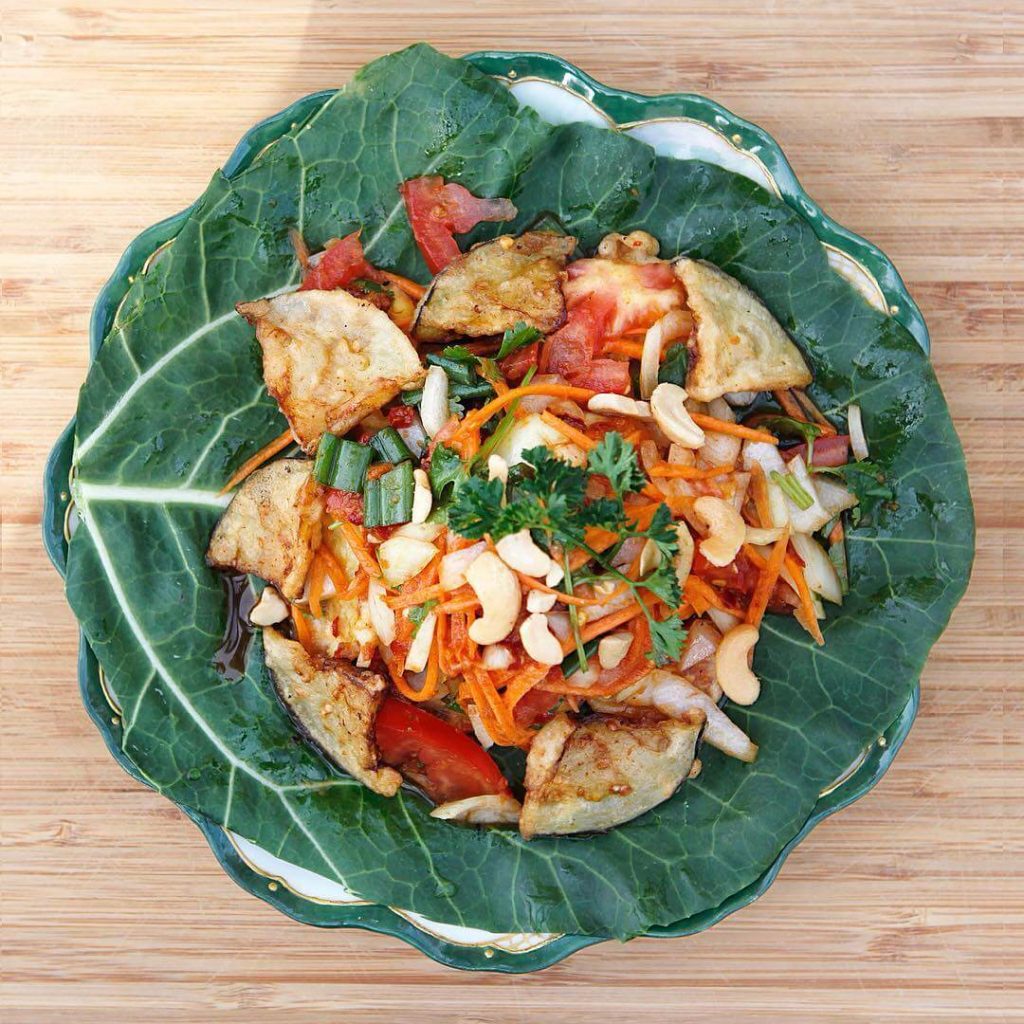 Visiting Chiang Mai is not only about eating vegan food though, it’s also about cooking it. May Kaidee’s Cooking School on Chang Moi Kao Road will teach you how to make your own vegan Thai dishes. You can opt for the two-hour long express course, or if you’ve got more time to spare, a morning or afternoon course is also on offer. You will learn about ingredient preparation, discuss Thai spices and herbs, and cook up three main recipes. Pad Thai, Massaman Curry, and Tom Yum Soup are some of the dishes participants can choose to make.

In terms of vegan-friendly activities, many hostels in the city also offer trips to a nearby elephant sanctuary – Elephant Nature Park.  The park was established in the 1990’s as a home for all abandoned and endangered species of animal in the region. Elephants, cats, dogs, and buffalo are just some of the animals living in the park today. The sanctuary aims to educate the public about its mission, and it currently stands as one of the most ethical animal attractions in Asia. You can volunteer or simply visit for a full day or half a day, depending on your trip length.