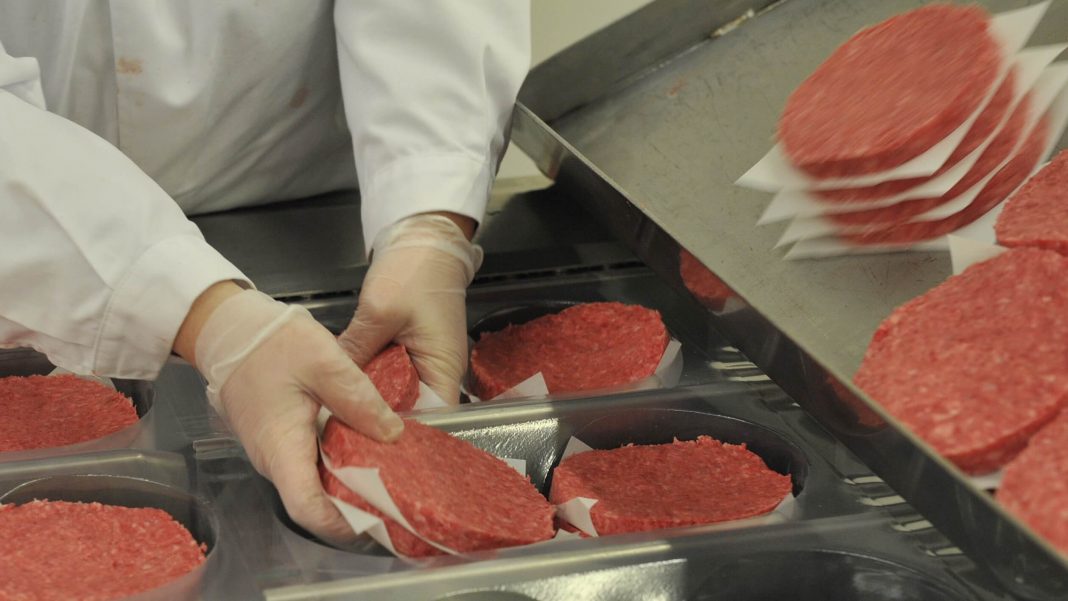 Food production is beginning to evolve beyond reliance on animal products. A new wave of realistic plant-based meat is capturing the interest of mainstream consumers. We are also at the advent of clean meat, real meat grown from animal cells, with more companies working to bring the slaughter-free food to market.

Realizing the shift in consumer attitudes, Jacy Reese, research director at the Sentience Institute and author of the book “The End of Animal Farming: How Scientists, Entrepreneurs, and Activists Are Building an Animal-Free Food System,” predicts that by 2100, all forms of animal farming will be seen as outdated.

Factory Farming as a Moral Issue

“There are many forces pushing us toward the end of animal farming,” Reese told LIVEKINDLY in an email. “Of course there are the ethical issues of animal welfare, the environment, and workers’ rights. But there is also human self-interest.”

In his book, Reese contextualizes how factory farming is increasingly becoming a moral issue, as legislators, organizations, and the public push for more humane treatment of animals. This past summer, California set an example for the rest of the US by passing Prop 12, a law that grants larger living space to chickens, veal calves, and pigs raised on factory farms. It was hailed as the most progressive animal welfare bill in the nation.

Good to see that Snow, one of our hens rescued from a factory farm, is a big fan of the book ? #vegan #chickens #chickensofinstagram #animals #cute #books #bookstagram #authorsofinstagram #newbook #endanimalfarming #theendofanimalfarming

Reese also believes that other issues, such as animal agriculture’s sustainability, will push us towards the end of factory farming.

“Animals are terribly inefficient at producing food; it takes around ten calories of plant-based food to produce one calorie of animal-based food. This means we’re wasting billions of dollars and vast natural resources on animal agriculture,” Reese explained. “Given that we can produce meat, dairy, and eggs without animals—either via plants or cell culture—it seems very likely that humanity will transition to an animal-free food system, even if it’s just for the benefit of humans.”

Vegan food has been on the radar of top media outlets over the past few years as celebrities, leaders, and individuals adopt more plant-forward eating habits. You can now find vegan Impossible Burger sliders and Beyond Burgers on the menus of major fast-food chains like White Castle and Carl’s Jr. Global corporations, including Nestle and Unilever, are increasingly investing in plant-based meat. Recent studies show that regardless of diet, more consumers than ever before are open to the idea of eating meat made from plants.

“[Accepting vegan alternatives] will take time, of course, and there are ways advocates can speed up the process, such as with terminology and by advocating for these products in their communities and on social media,” Reese said. “It’s very important that humanity recognizes the moral urgency behind these products. If we leave ethics off the table, we risk the perception that these foods are just a fun science experiment, or worse, they are profit-driven technologies being pushed on unwilling consumers for corporate gain, like the way GMOs have been perceived.”

Thanks @NowThisNews for the amazing video! Preorder now: bit.ly/TEOAF Public figures like @BillNye, @SAPinker, @ManekaGandhiBJP, @RichardBranson, @EzraKlein, and @SamHarrisOrg have predicted #TheEndOfAnimalFarming. My new book details how that could happen by 2100! #EffectiveAltruism #Vegan #EndAnimalFarming Full video on Facebook.

The driving reason doesn’t always link back to the cruel treatment of animals in factory farms; health is a huge personal motivator for many, as is the desire to reduce one’s carbon footprint. Regardless of what drives the change, Reese believes that as more people cut back on meat, they will eventually consider the ethical dilemma of raising animals for food.

Reese expanded, “And no matter what the reasons are, once people are no longer eating animals three times a day, that will free our conscience to care more about all sentient beings.”

The Role of Government in Ending Factory Farming

As much as individual choices matter in helping to end industrial animal agriculture, governments play an even greater role. One of the most critical steps includes welfare policy changes. Though some changes have been criticized by activists for not going far enough, Reese believes that they are significant.

“Those campaigns build connections with journalists and politicians,” he said. “They help animal advocates see concrete victories and stay motivated. And they of course increase the price of animal products, facilitating a shift towards animal-free food.”

Just as well, the government should also do its part in paving the way for plant-based alternatives and clean meat. Positive change is in progress. Last October, USDA secretary Sonny Purdue said that the nation should work to embrace new technology as a means to grow food more efficiently and feed more people. Reese predicts that as plant-based food and cellular agriculture garner more attention, world leaders may fight to be the first to enact change.

“There actually might be an arms race between different governments for who can lead this new industry with forward-thinking policies, investment, and streamlined regulations,” he said. “As I write in the book, since the US identifies as a nation of animal lovers and innovators, we should be in the vanguard. I think this is a particularly compelling argument to political conservatives. But as I wrote previously in LIVEKINDLY, China could also take the lead. It’s hard to know exactly how change will happen, but my research has led me to have a lot of optimism for the eventual end of animal farming.”

Reese’s first book, “The End of Animal Farming,” is available for purchase now.