Fur is falling out of fashion. It’s outdated and consumers agree. In the UK, 93 percent of Brits do not wear animal fur, according to a poll by animal welfare organization Humane Society International. In the U.S., the value of mink hide dropped by more than $59 million in 2019. And globally, fur auctions are selling less pelts.

But innovations in textiles have given rise to vegan fur alternatives, proving faux is the future of fashion. And for good reason.

The impact of fur on the environment and animals

Fur can come from a variety of animals; minks, rabbits, foxes, chinchillas, and raccoon dogs are just a few examples. And animals like bobcats and weasels can also be caught in the wild.

According to animal rights group PETA, about 85 percent of the fur industry’s fur comes from animals raised in captivity on fur farms. These animals are often kept in deplorable conditions, packed into cramped cages to maximize profits, with inadequate access to food and water. And to ensure their pelts are removed intact, the animals are often slaughtered using horrific methods, including electrocution, gas, poison, or a broken neck.

Aside from animal cruelty, fur’s impact on the environment is far-reaching. The ecological footprint of raising the 100 million animals that are farmed each year, as well as tanning and dyeing the fur, is vast: Abundant amounts of land, water, and energy are needed. And in addition to being highly resource-intensive, the industry is pollutive. Animal pelts are often dipped in toxic chemicals like formaldehyde—a classified carcinogen that can cause irritation of the skin, eyes, nose, and throat—to preserve them. The use of these chemicals, as well as animal waste, often pollutes the surrounding environment and waterways.

And on top of this, fur farms spread diseases. Due to the fact that mink are susceptible to respiratory viruses, COVID-19 outbreaks have greatly impacted hundreds of mink fur farms across Europe and North America. As a result, countries resorted to culling millions of mink in order to stop the spread of the disease. Following Denmark’s order for a mass mink cull last year, Kopenhagen Fur—the world’s largest fur auction house—revealed it would be closing its doors for good in the next two to three years. 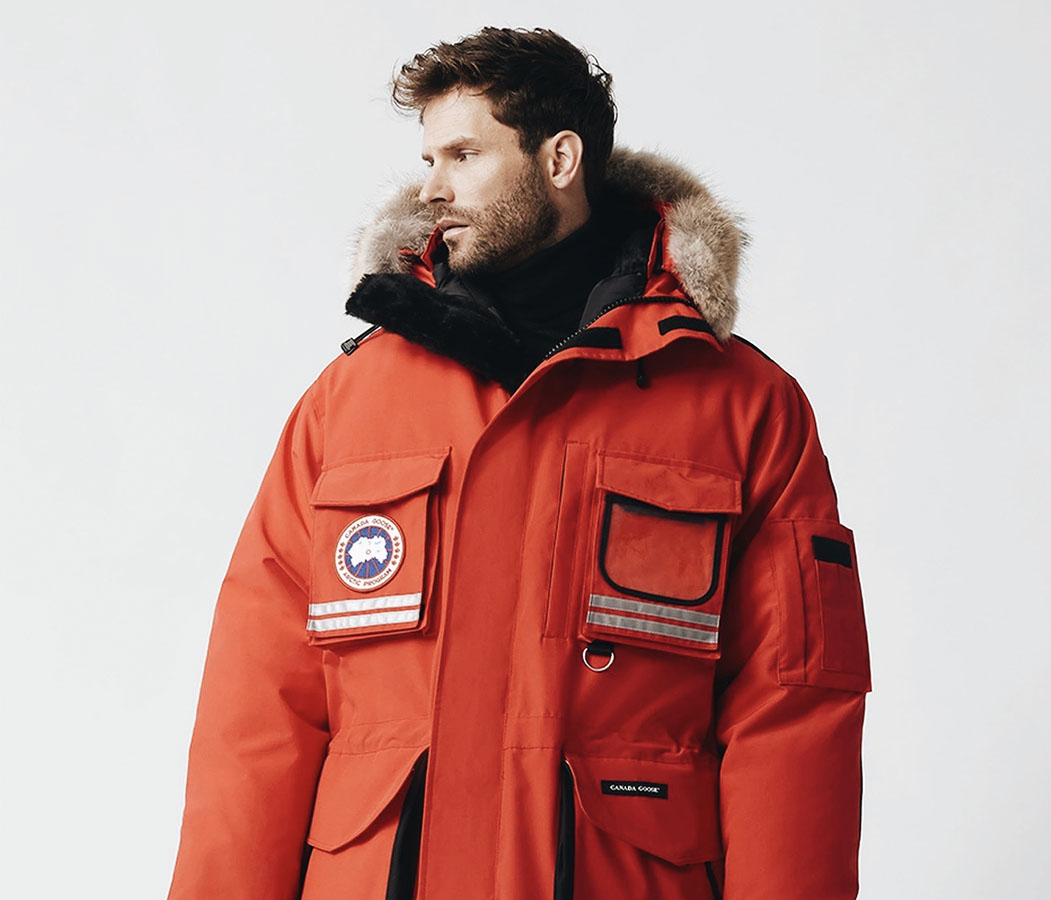 The Canadian outerwear giant confirmed it will stop producing products with fur by 2022. The brand pledged to only use recycled fur reclaimed from old coats instead of virgin fur. 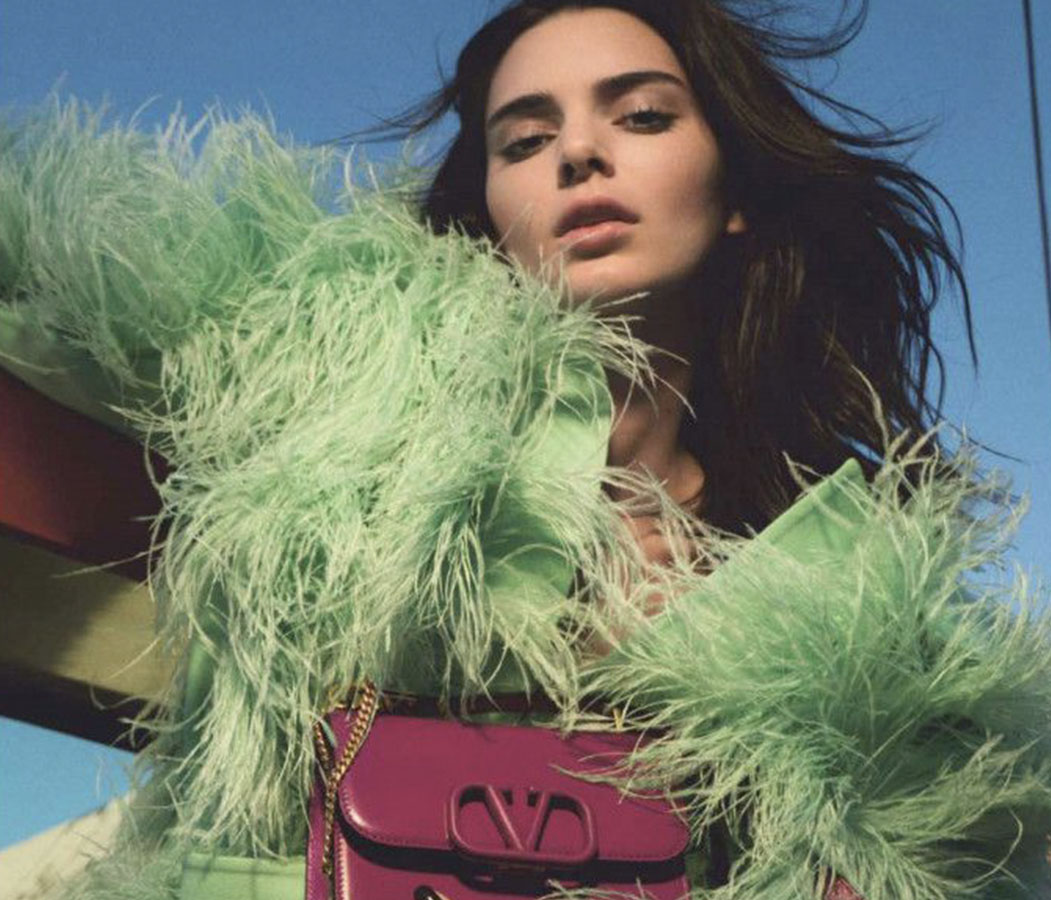 As part of a wider move to become a more ethical and environmentally-friendly luxury brand, Valentino announced it was ditching fur. It intends to be fur-free by 2022. 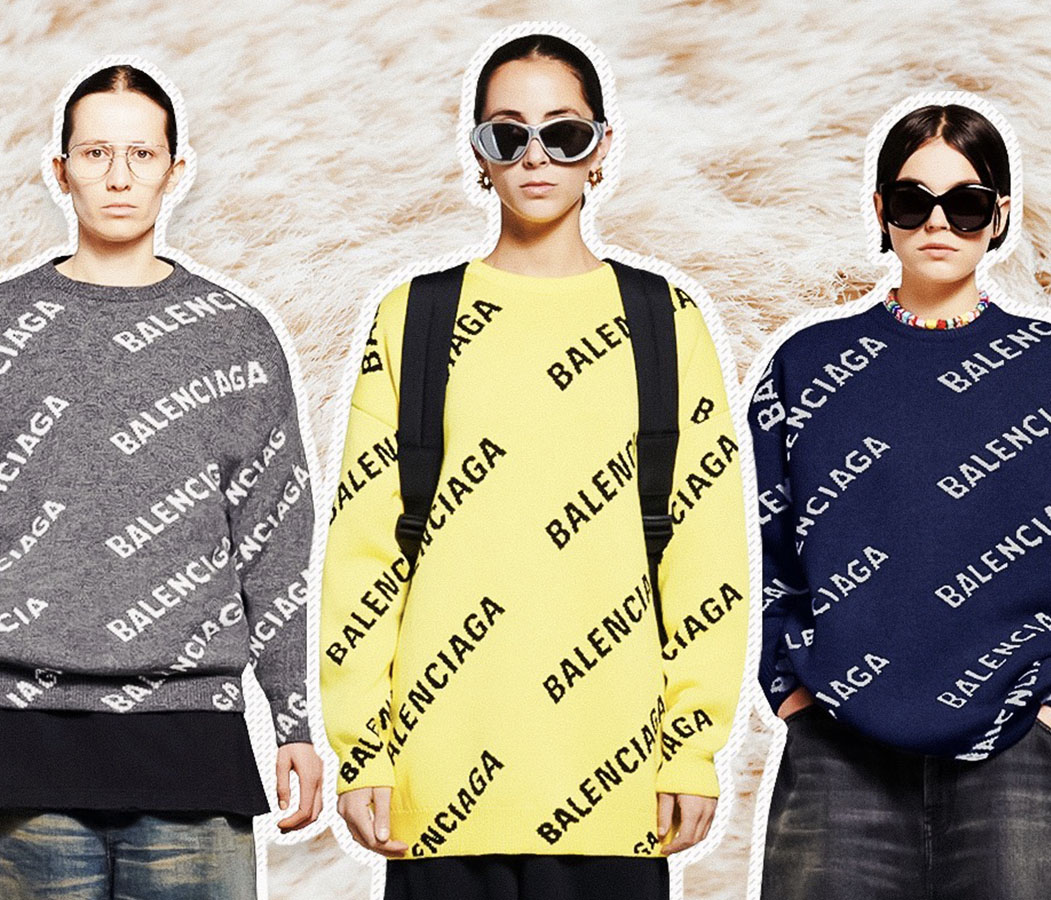 The luxury designers are the latest Kering-owned brands to ditch pelts. Animal rights groups Humane Society International and the Humane Society of the United States worked with Kering on adopting a fur-free policy for more than a decade. 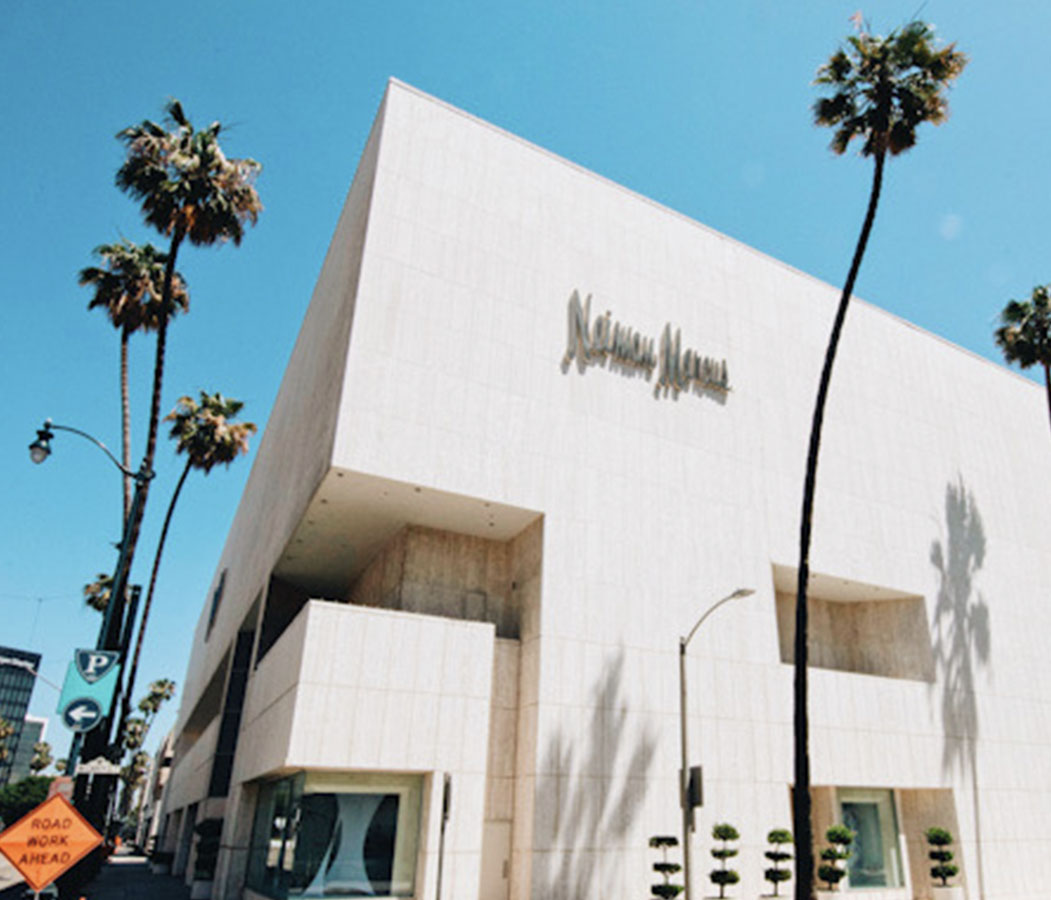 The parent company to Neiman Marcus will discontinue the sale of animal fur-based products by early 2023. All of the department store chains’ 22 fur salons will also be closed in the coming years. 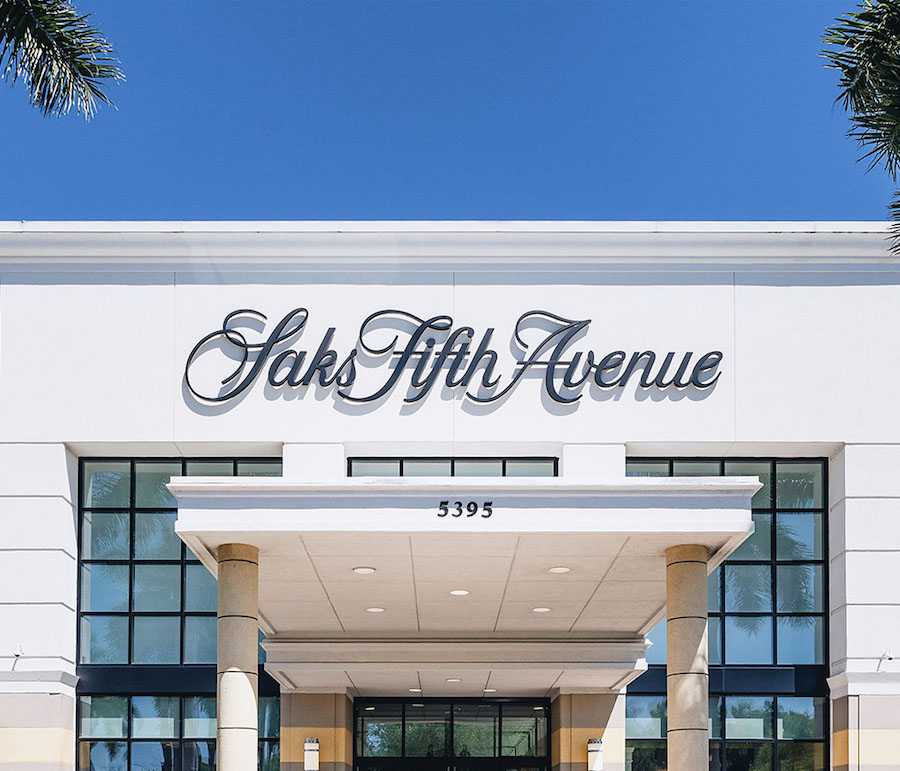 The department store chain committed to going fur-free by the end 2022. The move was in response to consumer demand. The brand will also close all of its fur salons by the end of fiscal 2021. 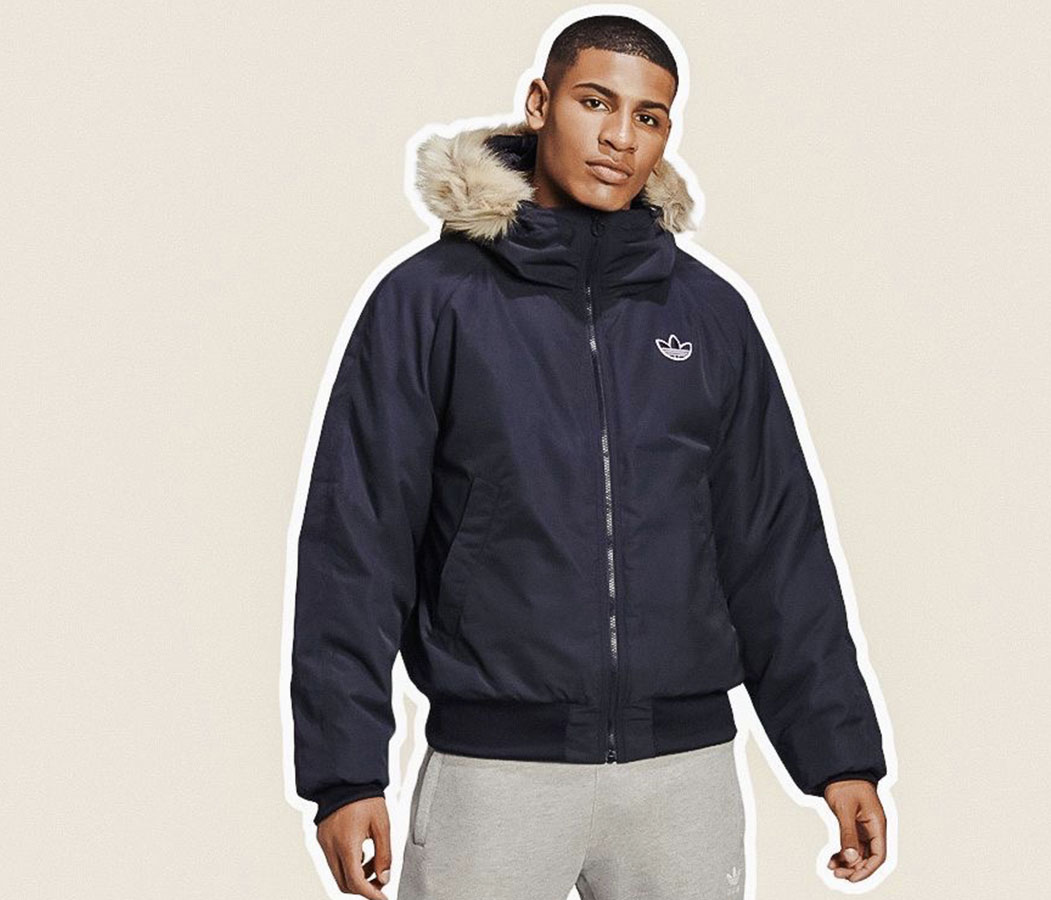 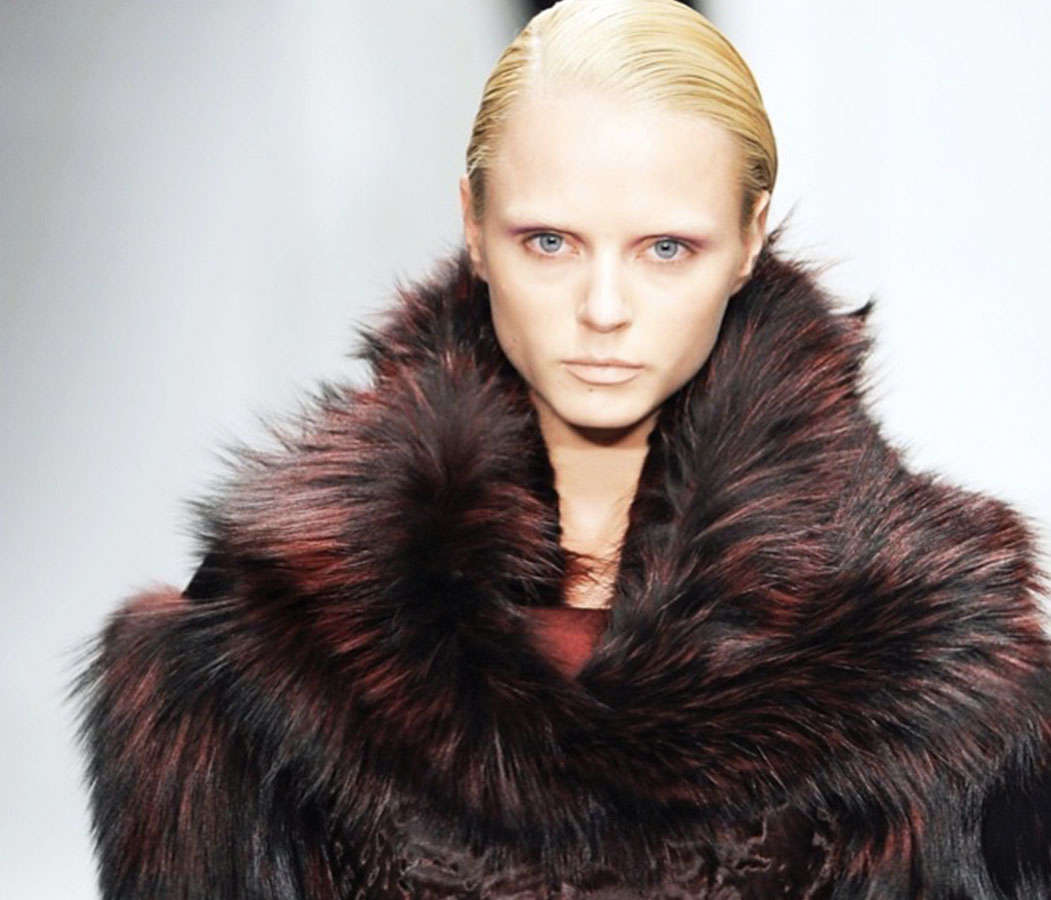 In September, the ​​Kering Group, parent company to many luxury fashion brands, such as Saint Laurent and Brioni, revealed it would be 100 percent fur-free by 2022. 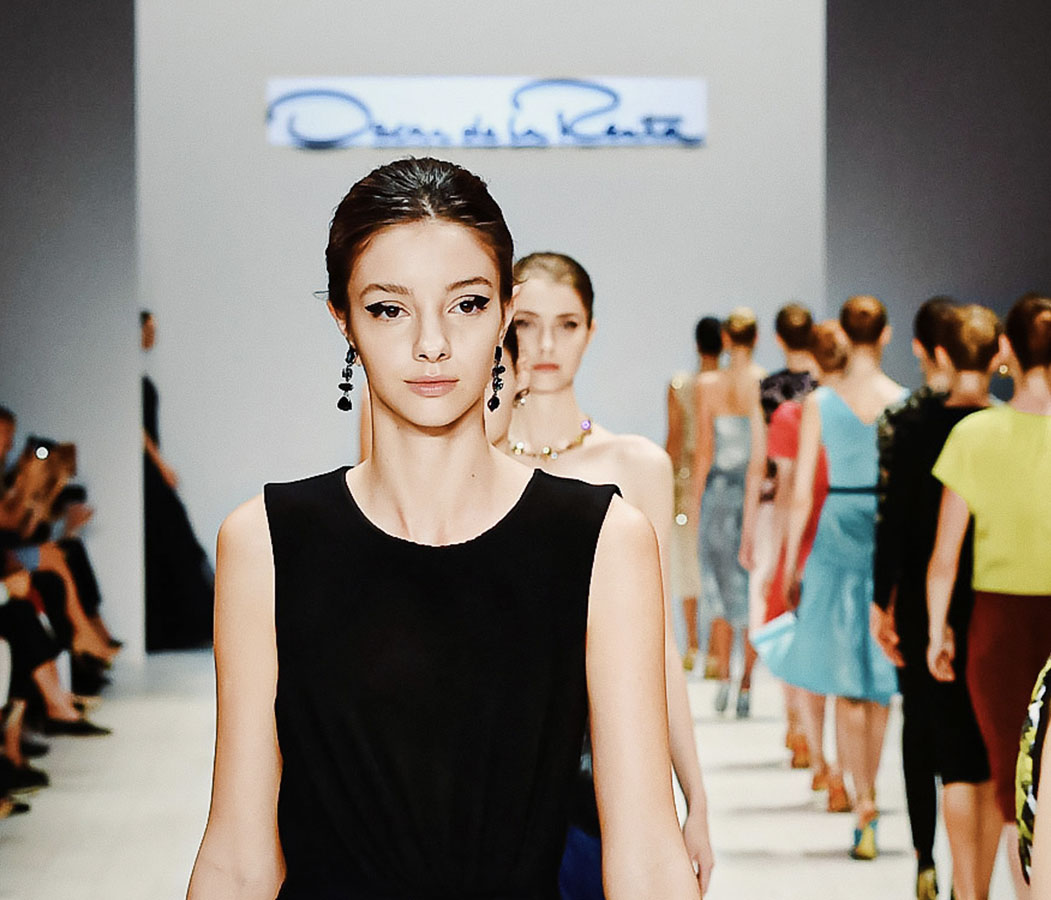 In August, the luxury fashion brand revealed it would no longer sell products featuring fur, starting in October. 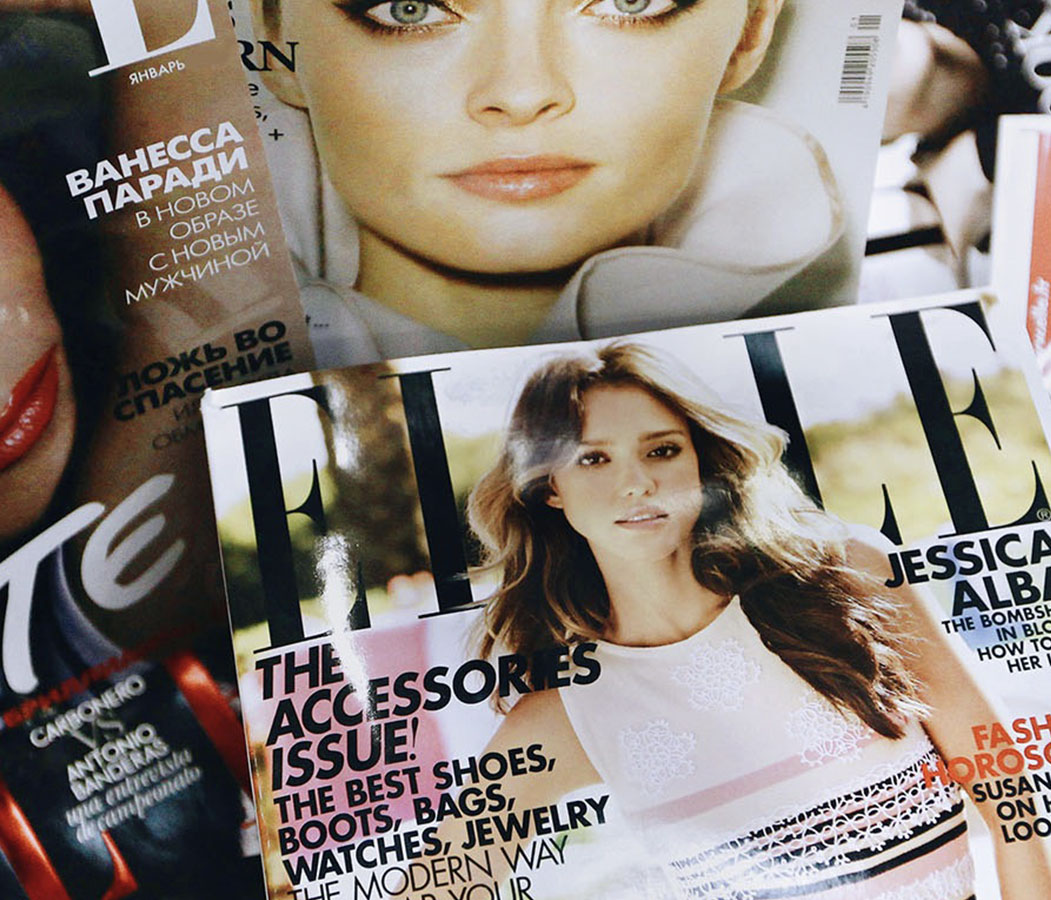 Elle, one of the world’s most influential fashion magazines, took a stand against fur this year, banning it from its pages altogether. The publication will no longer feature fur in any of its 45 editions, which are read by more than 33 million readers. 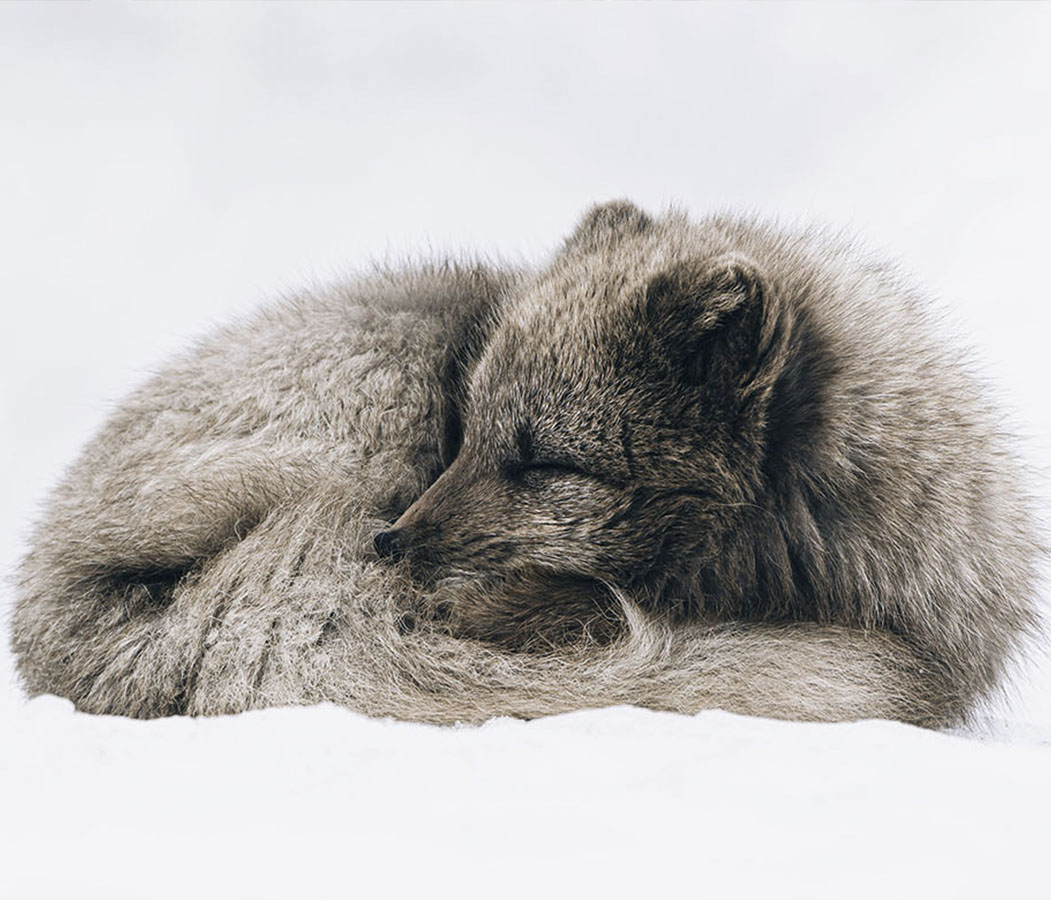 Even countries enacted fur bans. Estonia became the 14th European nation, and first-ever Baltic state, to ban fur farming. New permits for keeping mink and raccoon dogs won’t be issued after July 2021. This style of fur farming will also be banned as of 2026.

Credit: Fashion Is Going to be a Fur-Free Zone Very Soon 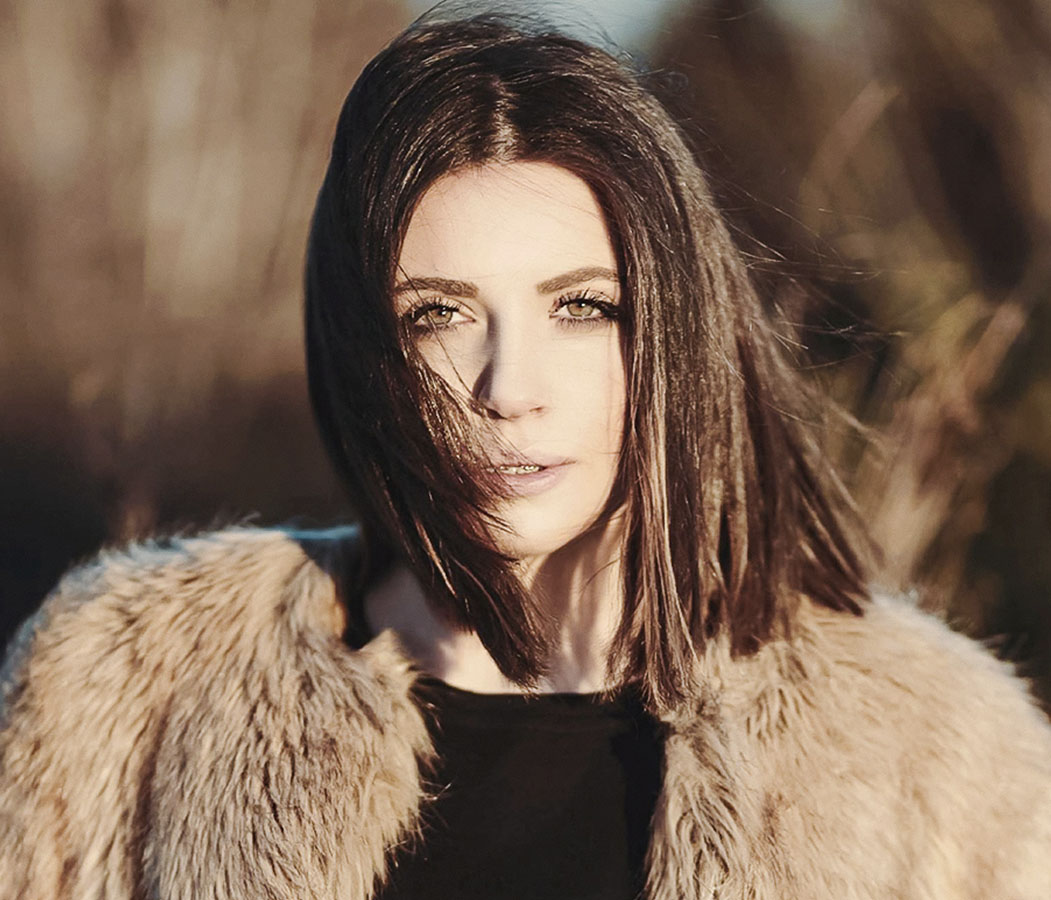 In June, Israel became the first country in the world to ban the sale of fur for fashion. The ban includes exemptions. Under the new law, fur permits will still be issued for “scientific research, education, for instruction and religious purposes and tradition.” 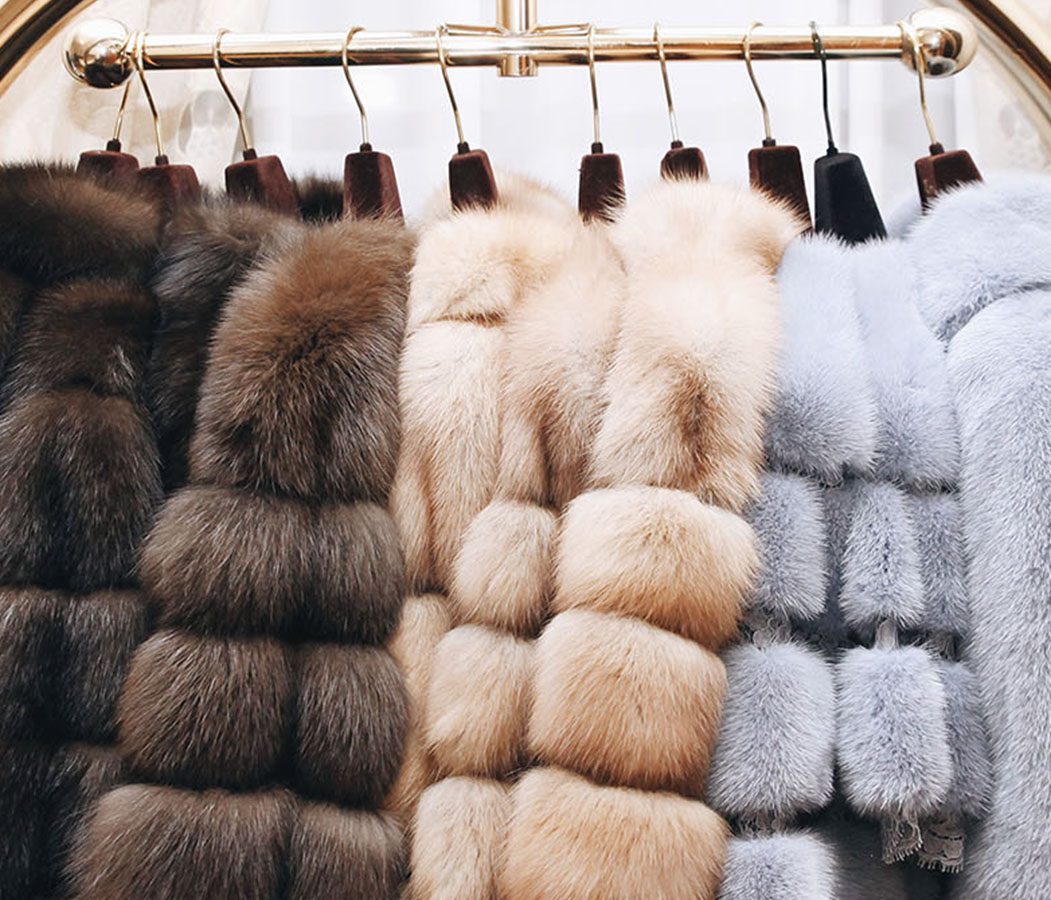 In October, Ireland passed a fur farming ban. The Cabinet established a compensation scheme to support fur farmers, who will be allowed to conclude the 2021 season. The ban will go into force in 2022. 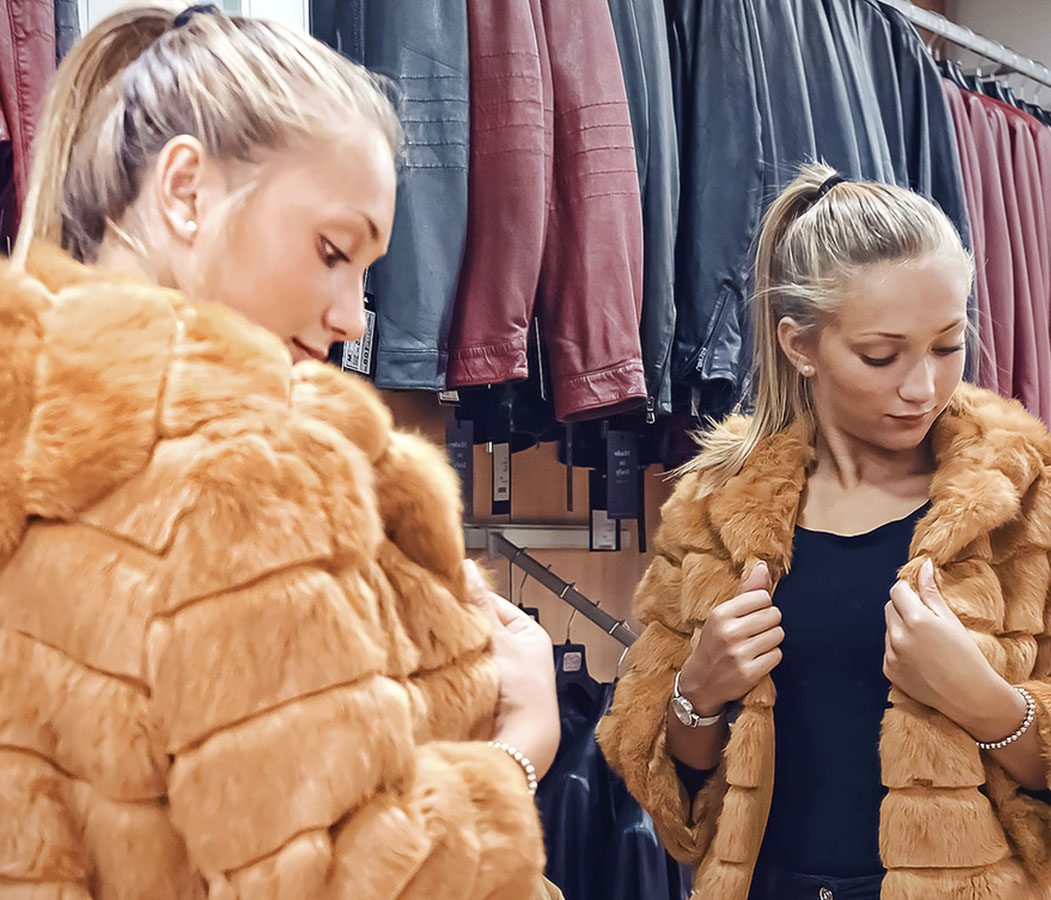 In August, Ann Arbor City Council members unanimously passed a vote to ban the sale of fur products throughout the city. The ordinance bans the sale of finished fur products, such as coats and hats, excluding the sale of raw fur pelts. 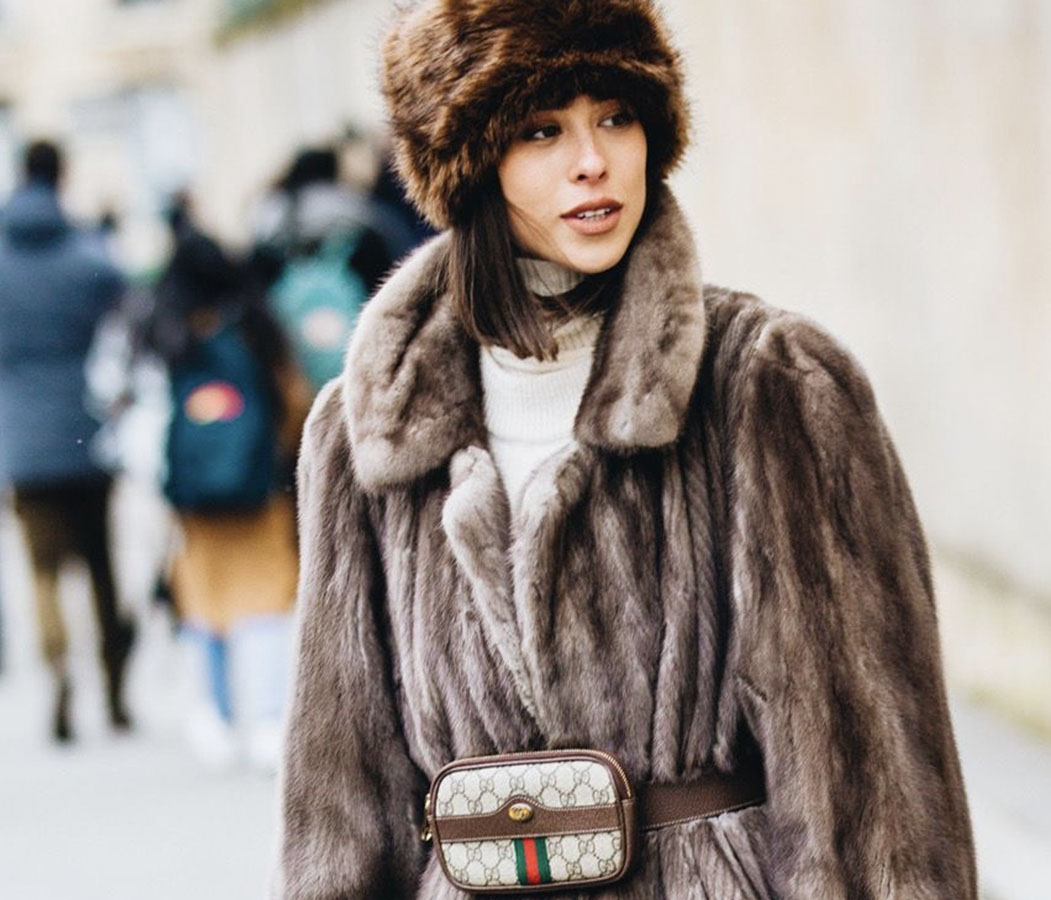 Due to COVID-19 outbreaks, the Canadian province revealed it would be shutting down its fur farming industry. According to its phase-out plan, it will permanently close its live mink farms by April 2023. And by 2025, it will end all operations, including pelt sales.

The future of (faux) fur

Thankfully, we don’t have to contribute to animal cruelty and environmental degradation for the sake of fashion. Many brands are now eschewing animal fur in favor of more ethical materials.

In 2019, British designer Stella McCartney debuted a sustainable faux fur called Koba. The recyclable material features plant-based materials, like corn. “I think that fashion is about the future, and you shouldn’t have to sacrifice your style for sustainability,” McCartney said. “I wanted to try to develop a faux fur that was just more sustainable.”

A wide variety of other fabrics can be used to simulate animal fur, such as hemp and polyester. Scientists have even turned to lab-grown fur to disrupt the luxury fashion industry. Amsterdam-based biotechnology startup Furoid created the world’s first in vitro hair follicle linked to collagen, which can be used to make fur and wool without killing animals. While it’s technically not vegan (researchers cultivated stem cells from various animals), the cultured material does provide a sound alternative to fur obtained by slaughter.