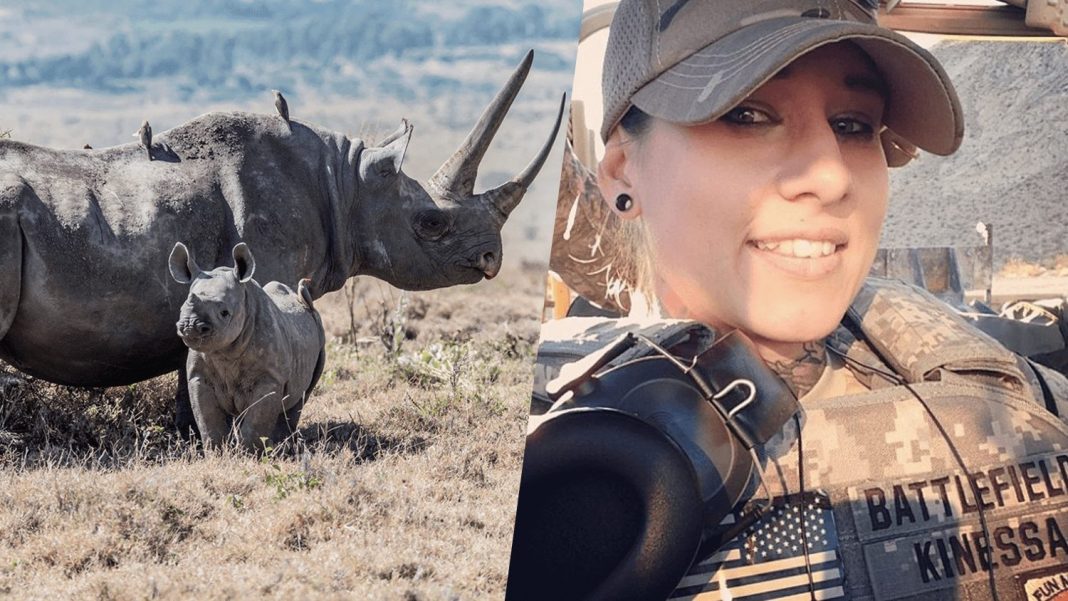 A group of army veterans have banded together to protect Africa’s wildlife from poaching.

Founded by two Post 9/11 veterans Ryan Tate and Lynn Westover, Empowered to Protect African Wildlife (VETPAW) is on a mission to protect Africa’s rhinos and elephants, among other animals, and end the African poaching trade for good.

The group of veterans use their “unrivaled skills and experience” to train local park rangers to work “better, smarter, and faster” using the latest techniques available against poaching.

“Learning about the brutality of the poaching crisis and the rangers who are dying protecting wildlife, hit me harder than anything I’d ever seen – and I’ve seen some crazy stuff,” Tate says on the VETPAW website. “I realized I have the skills necessary to help save animals and the people who risk their lives daily.”

Among the veterans fighting to save Africa’s endangered species is Kinessa Johnson, an Afghanistan veteran, who worked as a weapons instructor and mechanic for the US army for four years.

Now, Johnson’s turned her attention to the animals (although she’s currently having a break while she recovers from neck surgery). Instagram pictures of her holding a rifle can look a little aggressive, but she maintains the intention is not to harm anyone.

Johnson – who used to work for VETPAW but now works for anti-poaching academy TacTrac – told 11 Alive in 2015, “We’re here to train park rangers so they can track and detain poachers and ultimately prevent poaching. Most of the time anyone that is in a reserve with a weapon is considered a threat and can be shot if rangers feel threatened.”

“Our goal is to prevent trigger pulling through strategic movements and methods of prevention,” she continued.

Johnson added that some have questioned her abilities based on her gender, comments which she finds “disheartening.”

“I work with so many awesome and capable female park rangers here in Africa, who put their lives on the line every day right next to male park rangers,” she explained. “These comments are also disrespectful to these amazing women.”

Another group fighting against poaching in Africa is Zimbabwe’s Akashinga women. Supported by the International Anti-Poaching Foundation, Akashinga is a group of vegan, disadvantaged women, armed with rifles, who are united with the goal of saving animals in the lower Zambezi Valley, Africa’s poaching frontline.

According to The Guardian, “these women are a growing squad of environmental shock troops for a new type of community development offensive.”