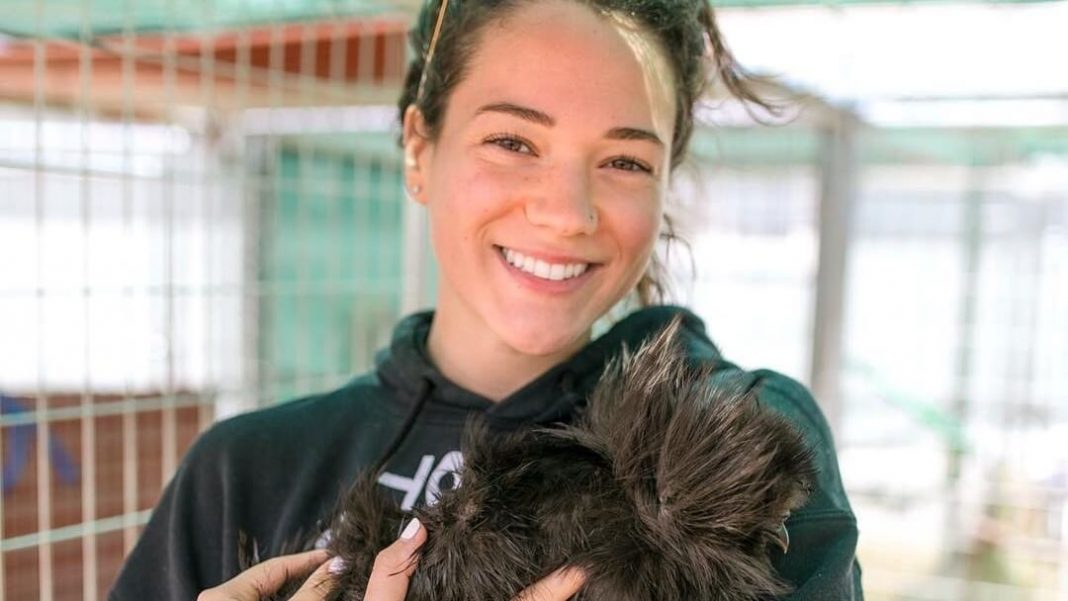 Carly Taylor, a vegan activist from Canada, advocates for the end of animal exploitation and uses her large platform on social media to inspire others to adopt a plant-based diet.

With upwards of 50,000 followers on Instagram, Taylor believes social media is “one of our greatest tools as animal rights advocates.”

“We are able to share information like never before, and it’s becoming more and more difficult for the animal agriculture industries to use misinformation and deception to influence the masses,” she said to LIVEKINDLY in an interview. Social media provides a “worldwide community” that allows everyone working toward the end of animal exploitation to feel supported by the “millions around the world fighting for the same,” she said.

Speaking about how she handles criticism for her activism, Taylor said she tries to keep in mind that “the person I’m talking to is not the enemy.”

“Even the people working in these industries – animal farmers, slaughterhouse workers, butchers – they’re not the enemy either,” she said. Instead, these people are simply part of the system that exists whereby the way we use animals for food, clothing, and entertainment is considered the norm. “We’re all born into a society that has normalized speciesism and these industries have spent billions of dollars in advertising and biased studies to convince us that eating animals is normal, natural, and necessary,” the influencer explained.

She advises others to do research so that they can answer questions about vegan living, and to try to show understanding of where others are in their respective journeys. These paths could include “unlearning years of brainwashing,” she said, adding that we should help people to “knock down as many barriers as possible” by approaching questions in a  “logical, compassionate, educated way.”

Maintaining sound mental health in her line of work is vital for Taylor, who engages in “self-care rituals” like spending time with people that make her happy. One such person is her partner James Aspey, also an animal rights activist and online influencer.

Taylor continued, “A big thing for me is remembering that you alone do not bear the burden of ending this injustice.” She added that there are “so many” people working toward animal liberation and “all you have to do is your part,” which can be as simple as showing loved ones how delicious plant-based food is by bringing some to a family dinner.

For Taylor, that includes “all the vegan version of the dishes I used to love,” like burgers, macaroni and cheese, and “meaty” sandwiches. Living in Toronto, she visits restaurants like Hogtown Vegan, Fresh, and Mythology. The latter is run by vegan chef Doug McNish, who won the award for best chef in Toronto, Taylor pointed out.

Taylor went vegan in 2015 after watching “Earthlings,” a documentary exploring the animal abuse involved in fields like research, puppy mills, and factory farming. Uncovering the hard facts of animal agriculture, such as in the dairy industry, motivated her to stop consuming the products.

“The dairy industry is literally built on the exploitation of the female reproductive system,” Taylor stated. She went on to describe the industry, which sees cows forcibly inseminated so that they become pregnant. “Their babies are taken from them after a 9-month pregnancy, and mother cows often bellow and cry out for days grieving the loss of their baby,” she explained.

“Baby girls will experience the same life as their mothers,” the activist said, adding that male calves are sold to the veal industry or killed as dairy industry “byproducts.”

“We are the only animals that drink the breastmilk of another species, and breastmilk at all past infancy,” Taylor said. “If we can obtain every single essential nutrient found in cow breastmilk from plant sources, why wouldn’t we choose the option that doesn’t involve harming others?”

Her passion for the plant-based, cruelty-free movement only grew after learning of the heavy environmental impact of meat and dairy, as well as the health benefits of choosing plant-based foods and learning that “we can obtain all our essential nutrients from plant sources.”

She added, “Living in alignment with my values of peace and nonviolence and making choices that would have such a far-reaching impact on the world around me made my life feel much more purposeful.”