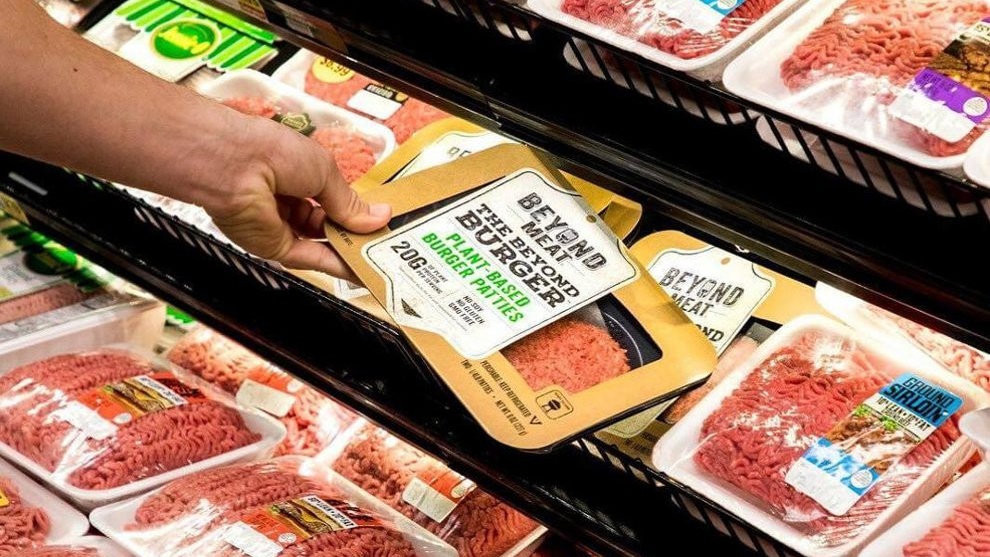 Vegan meat brand Beyond Meat believes that selling plant-based meat in the butcher’s case is the right strategy. At the National Restaurant Show in Chicago earlier this month, the California-based company unveiled its latest product, the Beyond Breakfast Sausage that looks, cooks, and tastes like a traditional breakfast sausage.

Made from a blend of pea, mung bean, rice, and sunflower protein, with notes of sage and nutmeg, Beyond Meat communications manager Allison Arnoff told Food Business News that the Beyond Breakfast Sausage contains double the protein of real pork. Like the Beyond Burger and the vegan Beyond Sausage, the company’s latest product was created to be virtually indistinguishable from “the real thing.” Arnoff also revealed that the Beyond Breakfast Sausage may not be the only new product joining the lineup this year.

“We are doubling down on our approach to R.&D. and our innovation pipeline,” said Arnoff. “We have a lot of exciting announcements coming out this year that just really reinforce that we’re the key player in this space, and we’re going to continue to show up and surprise you and delight you.”

Beyond Meat doesn’t just make its products taste like meat, the company’s development team also pays attention to the finer details of animal products that appeal to meat eaters. Coloring from beets gives the appearance of a “bleeding” Beyond Burger and an algae-based ingredient lends a casing to the Beyond Sausage, giving it a realistic “snap” when bitten into.

In an interview with Forbes that took place earlier this year, Beyond Meat founder and CEO Ethan Brown revealed that the “bleeding” veggie burger was the number one seller of patties in the meat case at a major supermarket. In fact, Ethan Brown has said that he refuses to sell the Beyond Burger to potential retailers if they won’t put it next to the packaged meat. Its been the company’s hallmark strategy with the Beyond Burger and the Beyond Sausage.

“If we really want to tackle the issues of human health and the environment, we really have to go after the people who are eating meat, which are carnivores. We love our vegan and vegetarian fan base, but we’re trying to appeal to the carnivores, which is why we’re making products that look, cook and taste just like meat,” Arnoff said.

Marketing the meatless Beyond Burger, which looks like raw beef until you cook it, in the meat aisle has proven to be a successful strategy for Beyond Meat. Earlier this year, California-based plant-based food company Don Lee Farms reported that it had sold more than one million units of its Organic Plant-Based Burger at Costco in under 60 days. Like the Beyond Burger, the Organic Plant-Based Burger patties resemble raw meat and are marketed next to frozen meat products at the warehouse club.

“That’s why we’re selling in the meat case because a carnivore doesn’t want to buy their protein right next to the ice cream,” Arnoff says. “They want to buy it in the sexy butcher case where they’re used to buying their protein. We’ve seen a lot of success in our placement there and believe it was the right strategy.”