The brothers behind Wicked Healthy food, Derek and Chad Sarno, have announced the launch of their highly anticipated vegan cookbook due to hit the shelves on May 8th. 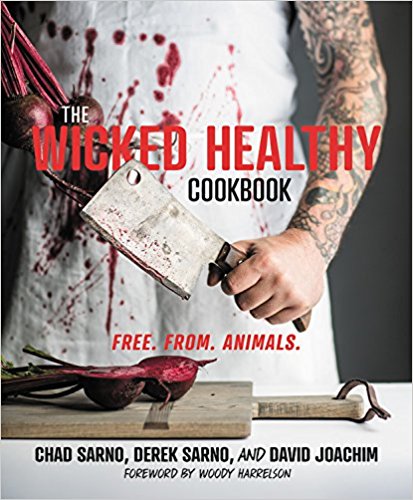 The Sarno’s book, written along with David Joachim, will contain 129 recipes, all plant-based, and for many culinary occasions. So, if you’re holding a fancy dinner party with friends, they’ve got you covered. Or, if it’s a Tuesday night and you’re feeling uninspired, they’ve got everyday recipes, too. From Sloppy BBQ Jackfruit Sliders with Slaw, Summer Vegetable Carpaccio, and Drunken Berries with Amaretto Gelato, there’s something for everyone, including decadent cocktail recipes and a section on how to make sauces.

Chad Sarno is best-known for his work with Whole Foods Market as the natural food chain’s senior culinary educator. Derek Sarno recently launched a successful vegan ready meal range for Tesco across 600 of its stores. “My intention was to appeal to the hardest core meat eaters,” he said of the launch. “Everyone wants to eat more veggies and we’re making it dead easy to do so.”

The brothers are also both founding partners in Good Catch Foods, the forthcoming plant-based seafood company launched under the Beyond Brands umbrella.