Dumplings are hands-down my favorite finger food. They’re also perfect as a first course in a small bath of flavorful broth. Save these dumplings for the height of summer when sweet corn is super fresh. Some fresh corn shows up in the creamy filling and some in the corn broth, which you make by simmering the corncobs in coconut milk with lemongrass and other aromatics. When you nestle the dumplings in a small bowl of broth with a few drops of chile oil and some Thai basil leaves, they make a sensual little starter. —Chad

1. To make the filling, soak the cashews in water to cover at room temperature for 2 to 3 hours. Drain and rinse. You’ll add these later to the filling.

2. Bring a medium pot of water to a boil. Set up a bowl of ice water. Drop the fresh or frozen corn in the boiling water and blanch for 30 seconds. Use a spider strainer to transfer the corn to the ice water. Let cool for a minute or two, then transfer 2 cups of the corn to a blender (set aside the remaining ½ cup kernels).

4. Grind the freeze-dried corn in a clean spice mill or coffee grinder to a somewhat-coarse texture, similar to cornmeal. Add to the cashew cream in the mixing bowl along with the reserved corn kernels, green onions, lemongrass, chile, salt, and pepper. Mix thoroughly.

5. To assemble the dumplings, set the bowl of filling, a small cup of water, your dumpling skins, and a baking sheet on a work surface. Scatter some cornstarch over the baking sheet (to help keep the dumplings from sticking to the pan).

6. For each dumpling, mound about a tablespoon of filling in the center. Dip your finger in the water and moisten the entire edge of the dumpling skin. For a shumai-style fold, bring all the sides up to the top and twist gently to make a small round purse. Pinch just under the top opening of the purse to gently close it. You should have enough filling to make 30 to 40 dumplings.

7. These dumplings are best steamed: Spray a steamer basket with oil or line with cabbage leaves or bamboo leaves to prevent sticking. Put the dumplings in the steamer in batches, place over simmering water, cover, and steam until the dumplings are tender, about 3 minutes.

8. Gather 6 to 8 small serving bowls and place 4 or 5 dumplings in the center of each. Pour about ¼ cup broth around the dumplings in each bowl so a little broth comes up the sides of the dumplings. Anoint each bowl with a few drops of chile oil and a couple of basil leaves (or sliced green onions). 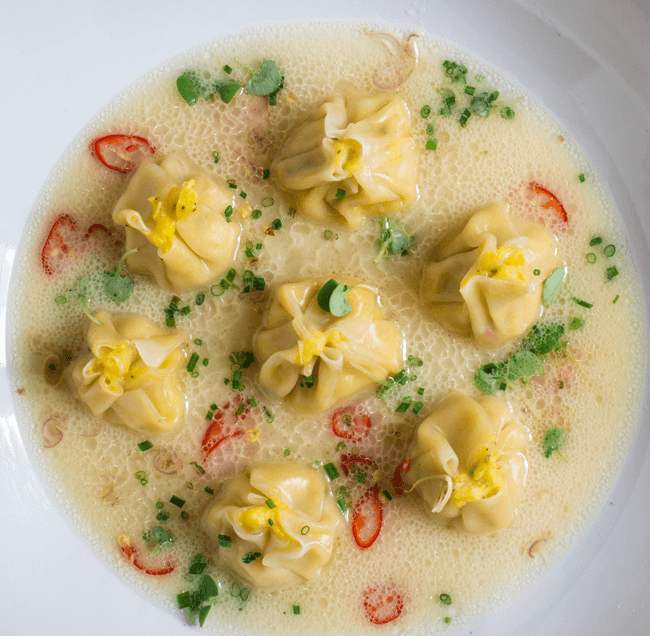 1.Snap or cut the ears of corn in half.

2. Bring the water to a boil in a large stockpot over high heat. Add the corn and everything else except the lime juice. Cut the heat to medium, then bring the liquid to a slow simmer. Let it simmer for 10 to 15 minutes.

3. Remove the corncobs and cut the kernels from the cobs (see Pro Tips). Return the naked cobs to the broth along with the lime juice. Continue simmering gently over medium heat for another 30 minutes. The liquid will reduce in volume by about one-fourth, which is fine. Shut off the heat and let everything cool down a bit in the pot. Strain the warm broth through a fine-mesh strainer into quart containers, then use immediately or refrigerate for a week or two before using.

When the corn on the cob is tender, after 10 to 15 minutes of simmering, you could just take the cobs out of the broth and gnaw the corn off the cobs. But you want the naked cobs to go back in the broth for more flavor. So…if it’s all in the family and you don’t mind re-using the gnawed-down cobs, give them a quick rinse, then add them back to the broth. Or simply cut the tender kernels from the cobs as directed and serve the corn as loose kernels. You’ll get about 5 cups corn kernels. You can keep them in the fridge for a few days or cool completely and freeze them for several weeks. 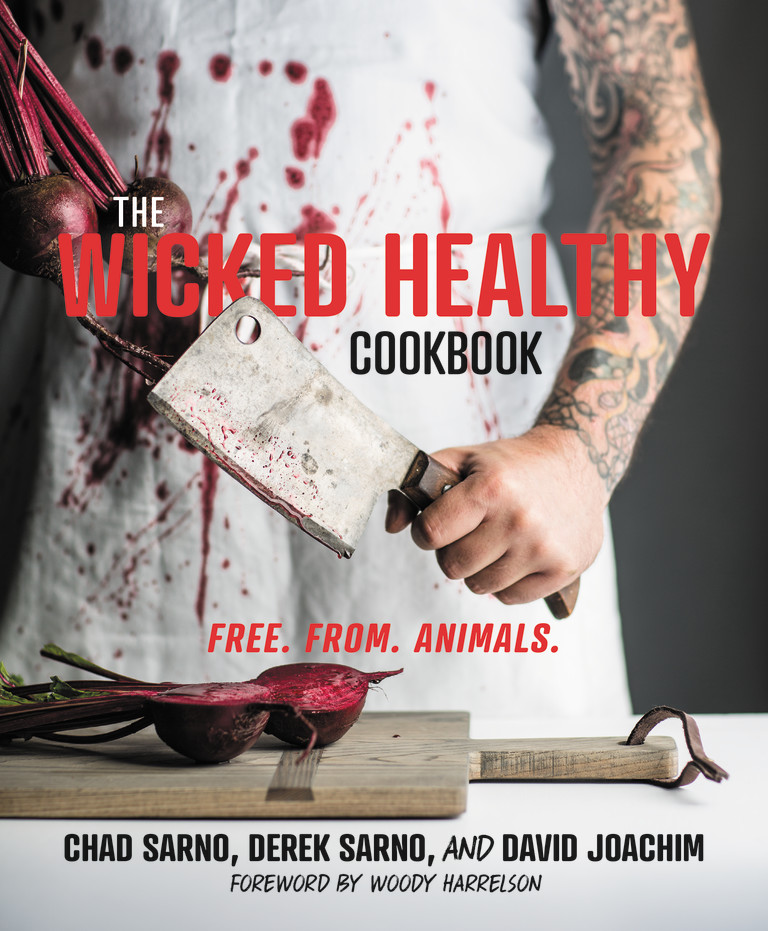