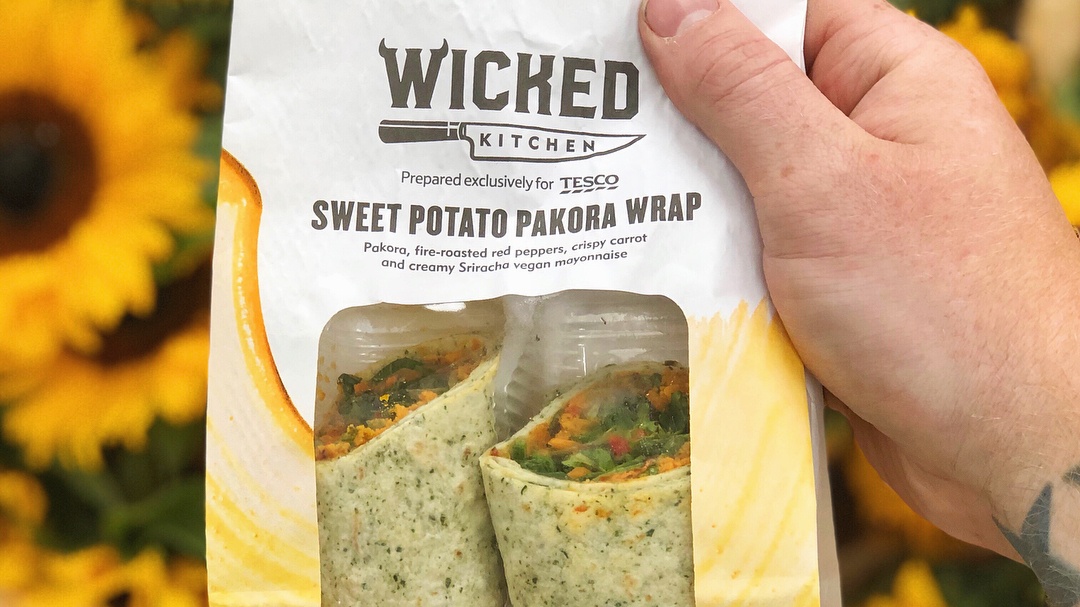 Tesco has sold 4 million vegan meals from its exclusive Wicked Kitchen range in the 33 weeks since the January launch. The news was delivered through Derek Sarno, the U.K. supermarket giant’s Director of Plant-Based Innovation and co-founder of the Wicked Healthy chef team, alongside his brother Chad.

“We’ve beat the records and projections,” Derek wrote in the update. “We’ve proven to the world it’s time for a change and people are responding!”

THANK YOU!! ????. . That’s 4M meals totally veg and Free. From. Animals. Sold in 33 weeks. We’ve beat the records and projections! That’s 4M faces fed with vegan food! We’ve proven to the world it’s time for a change and people are responding! I’ve no idea what that equates to when thinking of less suffering and I can’t think that way BC there is still suffering going on this very moment as long as we’re not connected to the foods we choose to eat. BUT it proves we can change, are changing and if we continue to provide delicious ? choices we will succeed much faster! Thank you so much to everyone that supports with more compassion and mindful choices by purchasing and requesting more vegan/plant-based foods and Wicked Kitchen! Don’t settle. It’s you that makes the difference and It’s all of us that can change the system! Stop, reflect and move on, lots more work to do! . . #freefromanimals #wickedkitchen #foodgoals #freefromanimals #wfpb #londonvegan #vegansoflondon #ukvegans #fitfood #fortheanimals #foryourhealth #vegan #plantbased #chef #missiondriven #compassion #endfactoryfarming #grateful #love #uk

Friday vibes with @yesitsallvegan Delicious and wicked food with a purpose! So grateful to be part of the U.K. community. ?????. . #worldcup2018 #plantpushers

The latest news closely follows sales figures released last June, which indicated that the Wicked Kitchen range more than doubled sales projections. Across the UK, supermarkets seem to be catching on to the idea that vegan food, particularly if marketed under own-brand or a private label, will bring in sales from customers looking to eat more plant-based foods.

The shift in consumer interests toward both private label and plant-based foods can be seen not only in Tesco stores but also in other UK-based supermarket chains. Frozen food-focused chain Iceland reported that its “bleeding” vegan No Bull Burger has regularly outsold wagyu beef, which likely prompted the store to expand upon the range with additional realistic plant-based meats. Asda, the nation’s third-largest supermarket chain, which has launched new own-brand vegan products in recent months, has also credited plant-based food for boosting sales.