2019’s top Wimbledon stars will have more in common this year than just their sites on the trophies — several of tennis’s top players will also be wearing clothes from a new environmentally-friendly vegan sportswear range designed by Stella McCartney for Adidas.

The new range is the designer’s first Grand Slam line for both men and women. It’s another collaboration between McCartney and sportswear giant Adidas. The designer and brand have worked on several sports and shoe lines recently, including the first-ever Stan Smith’s made from vegan leather. The shoes were originally created for tennis legend Stan Smith. Both McCartney and Adidas have become increasingly more environmentally-friendly in their collections. Adidas recently pledged to reduce its plastic use and focus on upcycled materials. One-hundred percent of its most recent launch, the Futurecraft.LOOP shoe, can be recycled.

The new Wimbledon range is made from plastic waste collected from beaches as well as synthetic fibers spun from old clothes and plastic bottles. The collection also uses “Dope Dye Technology,” which uses less water in the dying process. 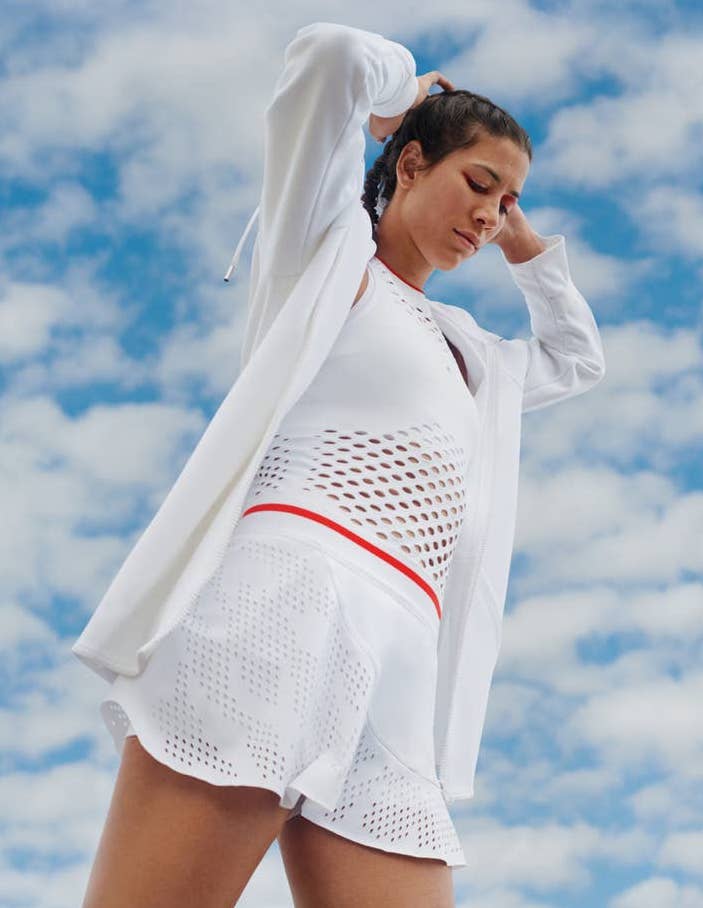 “I definitely think it’s very important to protect the environment and the planet — the impact is present in every aspect of our lives, including sport,” Wozniacki said.

“Environmental issues are a huge problem in our time,” Thiem said, “and it’s very important that athletes and big companies take steps to take better care of the planet for future generations to come.”

German star Zverev points to the connection between the sport and the natural environment. “We train outdoors, we do everything outdoors, so it’s important to protect those spaces for future generations.”

The range isn’t the only eco star at Wimbledon this year. According to the Evening Standard, bottled water giant Evian is debuting its first 100 percent recycled and recyclable water bottle.

Wimbledon will also remove all plastic bags from the player racket-stringing operation. The popular tennis event says it hired more staff to help with recycling efforts for spectators as well.