Since 1877, hungry tennis fans have snacked on strawberries and cream as they watch the pros at Wimbledon, the oldest tennis tournament in the world. This year, spectators will still be able to get their hands on the iconic sweet treat, but — for the first time in history — they’ll also be able to order it vegan.

According to Anthony Davies, the head of food and drink at the London event, the dairy-free, soy-based version of the dessert was added to the menu to keep Wimbledon in line with modern consumer demand.

Brits are becoming more conscious about what they eat. As many become more aware of the health, ethical, and environmental impact of animal agriculture, more and more are choosing to eschew dairy products and cut down on their meat consumption. According to a study from earlier this year, 91 percent of UK consumers now identify themselves as flexitarian.

“Clearly we need to respond to the UK market place,” Davies told the Telegraph. “Veganism and flexitarianism have seen a massive growth over the last 12 months in the UK and therefore it seemed pretty obvious to us that we needed to address that in a number of ways but importantly, in our hero product and signature item.” 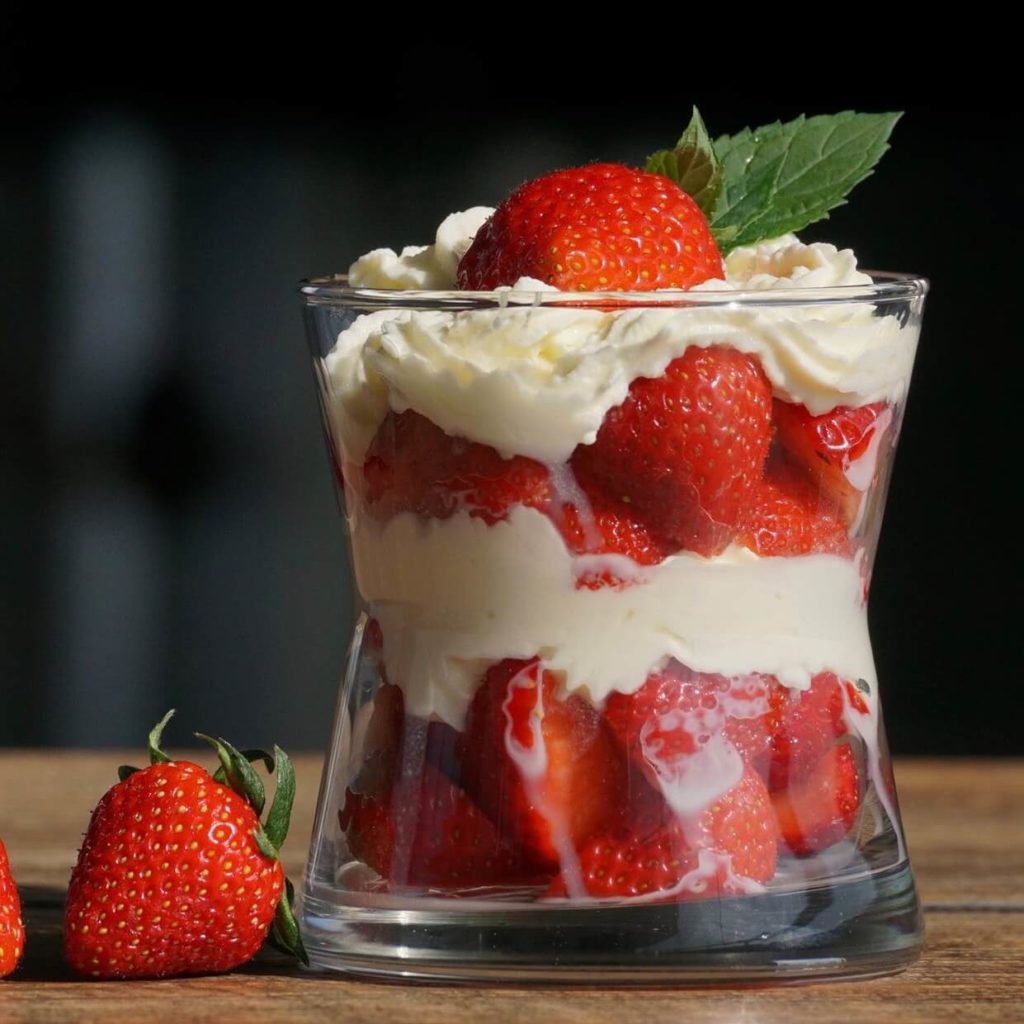 Strawberries and cream is a longstanding food tradition at Wimbledon

It’s predicted that 190,000 servings of fresh locally-sourced strawberries and cream will be handed out over the course of the two-week-long championships, many of which are expected to be dairy-free.

“Our job is to try and anticipate what our spectators are looking for and clearly when there is such a marked move in the UK marketplace it is incumbent on us to respond,” continued Davies. “It’s about making sure we don’t exclude people from enjoying our signature dish.”

The vegan options aren’t limited to strawberries and cream. The Telegraph reports that every single one of the food stalls, restaurants, and cafes at the event will offer plant-based food options. “There are lots more people choosing to eat less meat so for us, the importance of having that choice, quality and great taste across all of our options is really important,” said Davies.

Wimbledon is becoming more sustainable in a number of ways. Earlier this month, it was reported that many of the competitors would be wearing vegan Adidas sportswear, made from recycled plastic by Stella McCartney. The event has also ditched plastic wrap from its racket-stringing operation.