While the Two and a Half Men actor may have Tiger Blood running through his veins, it seems Charlie Sheen has developed an appetite more akin to a Silverback Gorilla.

Sheen has apparently turned over a new leaf, with sources telling America’s TMZ that he has recently adopted a vegan diet.

His girlfriend, Julia Stambler, has also ditched the meat in an attempt to together embrace a more healthy, holistic lifestyle. 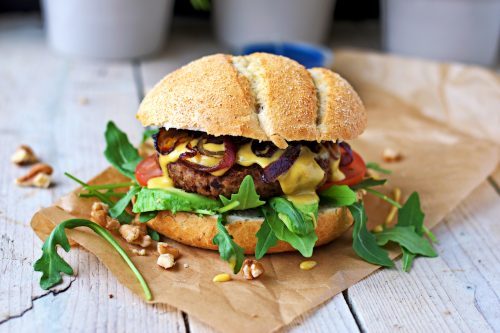 Not only is Charlie committing to eating more consciously, his daily routine now also includes regular exercise including yoga and abstinence from alcohol and hard drugs.

TMZ reported that the 51-year-old has been enjoying eating plenty of rice and veggie burgers. Yum! Go Charlie!