Are Woody Harrelson and Benedict Cumberbatch in a bromance? The two vegan actors were seen dining together at Farmacy, a restaurant serving up clean, organic, plant-based food in London.

Harrelson shared an image on Instagram of himself and his “buddy” Cumberbatch at the eatery. The pair dined at Farmacy’s Notting Hill location, which opened in 2016 and is its flagship restaurant. Farmacy will soon open another venue in New York.

On its website, Farmacy promotes “eating as nature intended” and says that food can heal both people and the planet.

“That’s why we prepare our food in a way that respects everything between the soil and the stars. Our organic and biodynamic farming methods reconnect with the rhythm of nature, making every dish a celebration that is whole, healing, and delicious,” the restaurant explains.

Farmacy adds that it is “creating dishes that have the power to restore, rebalance, and heal” as part of a wider effort to raise collective consciousness. 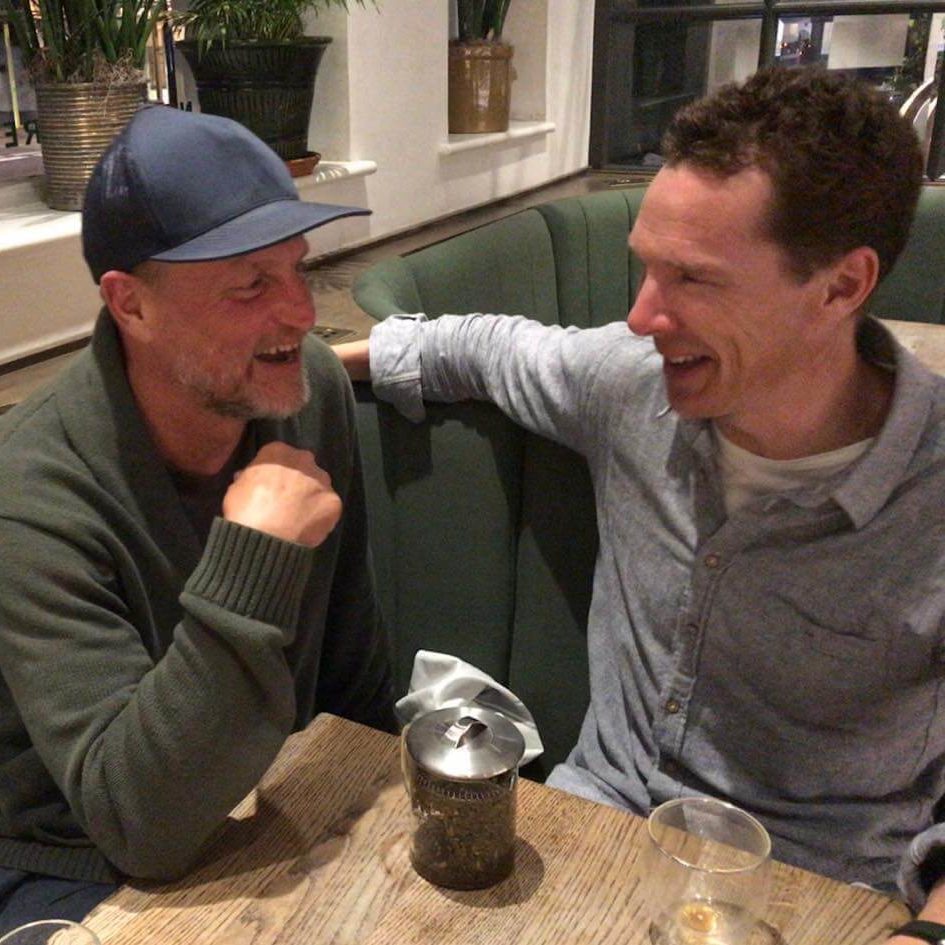 Those in the entertainment industry aren’t exempt from the public’s rising interest in veganism. Fifty-seven-year-old Harrelson has been vegan for around 30 years, Liam Hemsworth, another vegan actor, said in an interview with Men’s Journal.

Harrelson initially ditched animal products for health reasons — he credits his plant-based diet for his high energy levels — however, he has since delved into the ethics of the cruelty-free lifestyle. Appearing in a video with vegan musician Sir Paul McCartney, Harrelson spoke about animal agriculture’s impact on the food system. “A third of all cereal crops and more than 95 percent of soy is turned into feed for farmed animals,” he said.

Harrelson has also urged Texas to ban its pig rodeo in Bandera due to animal welfare concerns.

Cumberbatch has been vegan since at least 2017, when he and his partner, director Sophie Hunter, went to a restaurant and told waitstaff that Cumberbatch was vegan. Since then, the “Sherlock Holmes” star has been crowned one of the “Most Beautiful Vegan Celebs” by PETA. Cumberbatch went all-out at the 2019 Met Gala by wearing an all-vegan ensemble that featured an English bamboo suit, a cruelty-free silk shirt, and sea island cotton velvet slippers.