You can now buy an “Unreal” range of vegan chicken products at Australian supermarket chain Woolworths.

Chick’n Burgers, Schnitzel, Fried Chick’n Pieces, and Nuggets are among the new offerings included in the range, called “Unreal Co.” Woolworths says about the latter on its website, “[The] Chicken Nuggets are bite-sized bombs of healthy and hearty plant-based goodness.”

It adds, “loved by kids and adults alike, these scrumptious vegan and gluten-free nuggets are waiting to be stacked and dipped into your favourite sauce.” 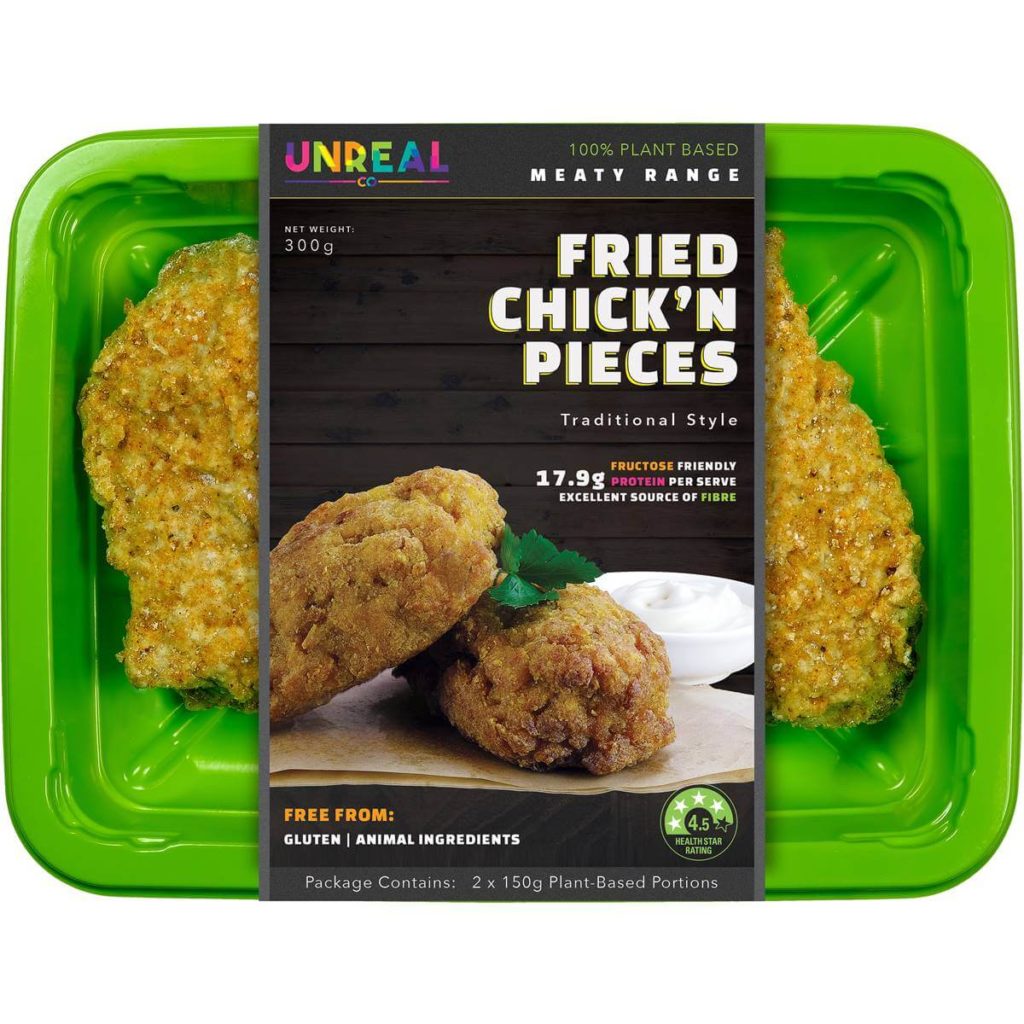 The new meat-free chicken line adds to Woolworths‘ growing range of vegan products. In the last few years, it has added Sheese, Tofurky, and Follow Your Heart products to its shelves, among other vegan offerings.

Speaking last year about the rising consumer demand for animal-free foods, a Woolworths spokesperson said, “we’re working to create even more choice and variety for our customers.”

They continued, “every indication tells us this category will only continue to grow and we’re focused on building a vegan range for our customers that is high quality, convenient, and affordable.”

Demand for plant-based food is growing in Australia as people become more aware of the environmental, ethical, and health impact of the meat, dairy, and egg industries.

According to a new report from independent research company Roy Morgan, more than 2.5 million Australians are regularly eating meals that either completely vegetarian or “almost all” vegetarian.

It noted that health is a driving factor, but added that recent animal rights protests have played a part in convincing people to reduce their meat intake.

CEO of Roy Morgan Michele Levine said in a statement, “for many protesters a key part of securing better treatment of animals is to practice and promote embracing vegetarianism — and the message is getting through to an increasing number of Australians.”

Even fast-food chain McDonald’s has picked up on the demand from consumers.

At the end of March, the chain announced it is working on a new meat-free option for its Australian customers. “We understand there is a rising demand for vegan and vegetarian options,” a spokesperson for the company said in a statement.