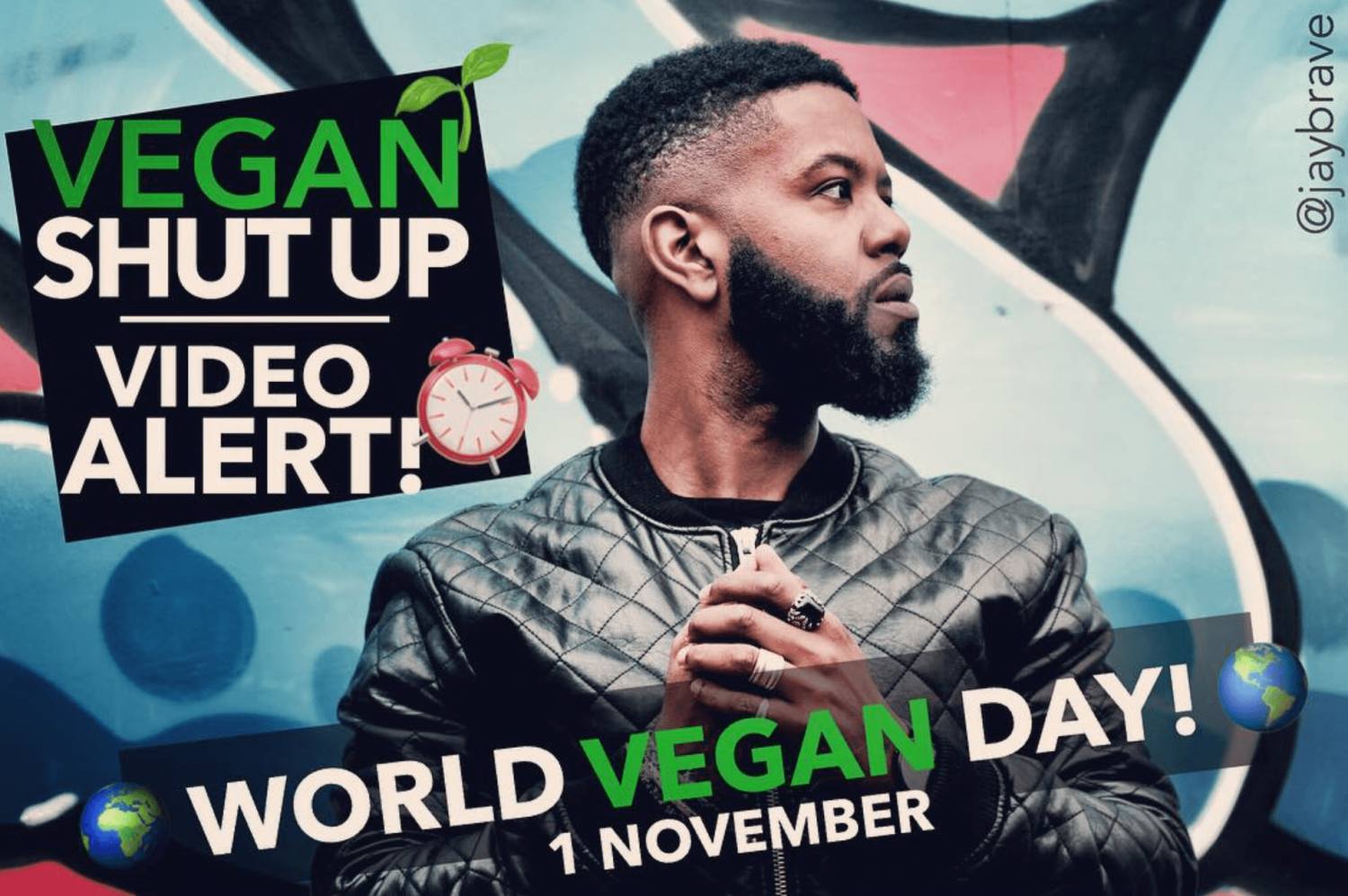 This World Vegan Day (November 1st), entrepreneur and performer Jay Brave is telling viewers to shut up, by speaking out. Remixing a Stormzy track, Brave raps about veganism on a video he hopes will go viral.

And he is doing everything in his power to make that happen. Brave has collaborated with Votch and The Humane League, as well as performing in an advert with Vevolution.

Brave is a self-proclaimed activist, and frequently urges people to try veganism. His method of persuasion is performance- monologues, video parodies and spoken word. He uses these to speak out about why going vegan is important.

‘Tell a Vegan Shut Up’ is performed in a freestyle video created for World Vegan Day. The colourful visuals and satirical lyrics are complemented by footage of some of London’s popular vegan hangouts. Regarding the content, the artist says he is “hoping the lyrics speak for themselves”.

This fresh approach is intended for a younger, more technology-focused audience. According to Brave, “…There had to be a better way to engage younger audiences to the seriousness of climate change than another academic presentation and so the Vegan Shut Up freestyle was born”.

“We can not build the house of the future with the architects of the past. We need to elicit a paradigm shift that starts with empowering our young people”.

The video ends simply but powerfully: “Be the change, go vegan”