A new US vegan parenting magazine, Raise Vegan, has launched in print, Android, and iOS versions.

The monthly magazine, launched by the online vegan parenting network of the same name, already has over 45,000 digital subscribers and is the world’s first digital and print parenting magazine. The publication aims to be a positive, inspirational, and helpful resource for those who are already raising vegan children or are going through pregnancy and intend to raise their child on a vegan diet.

“We are proud to say that we are the largest vegan parenting community worldwide,” a spokesperson for the magazine said in a statement. “We are putting that vast knowledge to work at our new magazine where our readers can count on reliable information, tips, and much more in an effort to help educate about being a vegan parent, infancy, and much, much more, along with the latest vegan news.”

“How to Plan Your Child’s Vegan Birthday”, “Having a Simple Happy Kitchen,” and “Best Vegan Vacation Sites of 2018,” are just a few of the past topics included in the magazine and indicate what readers can expect from future issues. 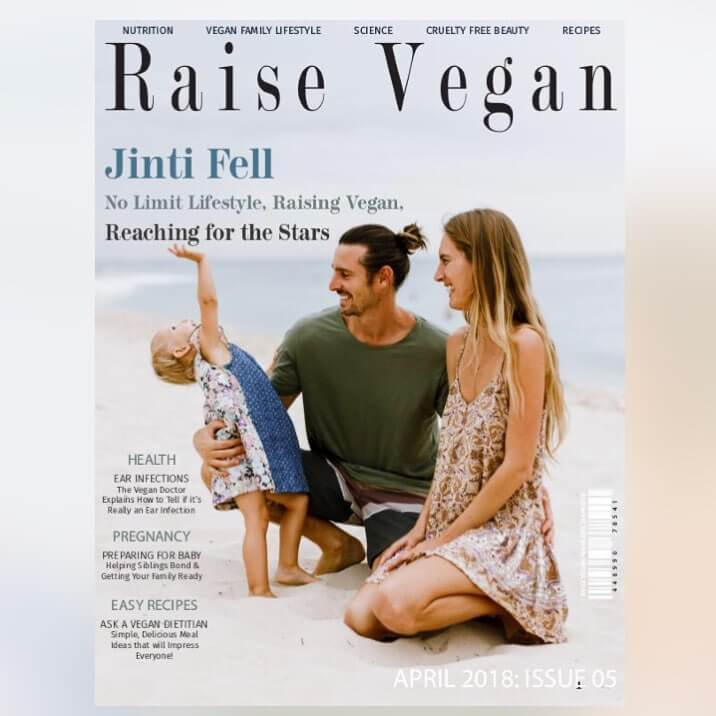 One reader, Susan T., from Atlanta, said the magazine has provided her with vital support. “I have been vegan for five years before coming pregnant, but I was honestly lost on how to make it through my pregnancy as a vegan while making sure my baby would be born healthy,” she said in her five-star review. “The information from Raise Vegan has been life-changing in all of the best ways, and I wouldn’t want to be without it as a ‘go-to’ resource. Fully recommended.”

According to research published in January, in the UK 1 in 12 parents are raising their children vegan, predominantly for health reasons. Actress Ellen Pompeo said in a recent interview that not only had she adopted a vegan diet but her entire family, including her children, had made the plant-based shift, too. Pompeo was advised by her doctor to leave animals off of her plate to reduce her risk of developing breast cancer.

Children can thrive on a vegan diet as evidenced by a number of school districts across the U.S. adopting Meatless Mondays and adding vegan menu options to their lunch programs. The Santa Barbara Unified School District says its lunch offerings are increasingly plant-based because of the growing demand from the students. A diet rich in plant-based whole foods such as fruits, vegetables, grains, and beans has been shown to provide children with more energy and focus throughout the day. A vegan diet also helps reduce the risk of obesity and type-2 diabetes, two serious health conditions afflicting the nation’s children.