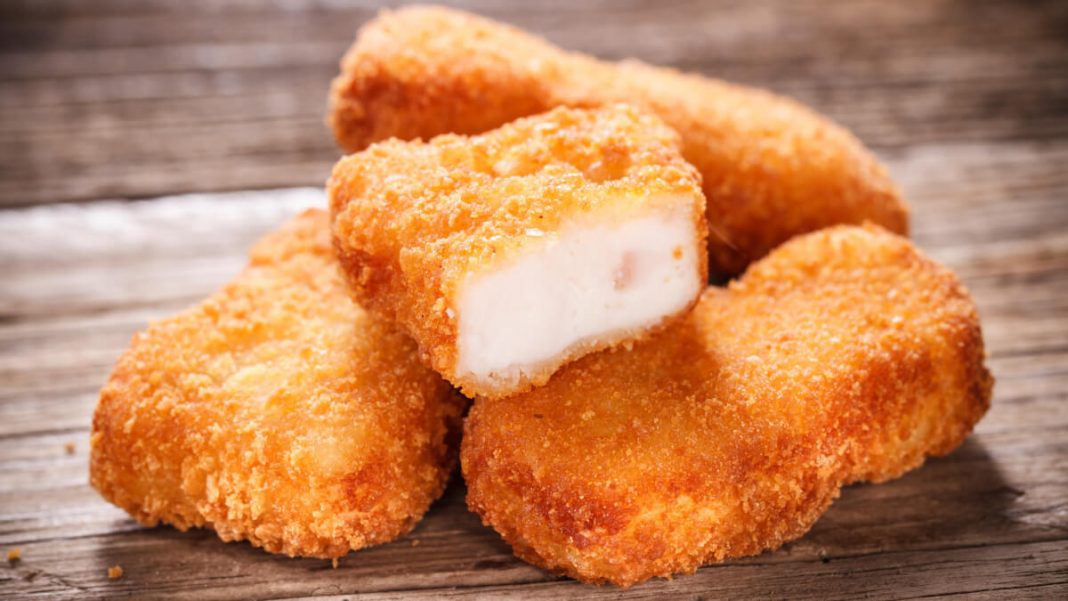 The world’s first lab-grown chicken nugget has arrived in the UK – and it costs about $100 to make.

English TV presenter Helen Skelton-Myler has become the first person in the UK to try slaughter-free chicken made by California-based food tech company, JUST, the makers of the vegan liquid egg. The Daily Mail reports that the former co-presenter of the BBC’s “Blue Peter” took part in n ITV’s “Food Challenge: Meat vs Vegan,” where she avoids eating meat and dairy for four weeks.

In a short video clip, she meets to JUST CEO and founder Josh Tetrick to try a lab-grown chicken nugget. “It is a nugget that didn’t require killing a chicken and that’s the way all meat should be,” he explains. “We don’t need to choose between veggie burgers and a real burger.”

How the World’s First Lab-Grown Chicken Nugget Was Made

“So you take a chicken, right, we take the cell. We feed nutrients to the cell – think about what a chicken would eat,” Tetrick continues. “Nuts, or berries, or soy, or corn. We do the exact same thing without needing the chicken, right?”

400,000 years ago, meat became part of the human diet, and throughout time, human beings have needed to kill the animal to enjoy their meat. First, with spears. Then, with industrial machines.

JUST’s lab-grown chicken nugget is said to be healthier more sustainable than traditional chicken meat, which requires vast quantities of land and water. It also has the potential of sparing the lives of billions of animals, if production can be scaled up. According to Tetrick, the process is costly at the moment: “It’s pretty expensive. That’s probably about a $100 a nugget right there.”

Skelton-Myler then takes a bite of a just-sizzled clean chicken nugget, and remarks, “To coin a phrase, it tastes like chicken.”

Tetrick has been teasing the launch of its lab-grown chicken for some time now. Last October, he took to Twitter to announce that the nuggets would launch soon. The JUST CEO has also been a strong proponent of regulations for slaughter-free meat.

“If the USDA believes it should have a role, the agency’s promotion of agriculture products must extend to cultured meat, and in so doing, should call these products meat,” he wrote in a letter to the USDA and FDA that same month.