The California-based plant-based food company, Seva Foods, will launch the world’s first vegan, freeze-dried ice cream. Called “Space Ice Kream,” the dairy-free ice cream was inspired by the freeze-dried ice cream originally created for the Apollo space missions that can be found in museum gift shops across the country.

The new vegan space ice cream comes in two flavors, strawberry and vanilla, and is made in small batches. Seva Foods uses a cashew-coconut base which is then shaped into bite-sized nuggets. All ingredients are organic and non-GMO as well as free from soy, gluten, refined sugars, and added oils. According to the company, freeze-drying helps to preserve vitamins, minerals, and antioxidants and gives its freeze-dried plant-based ice cream a crunchy, but creamy texture. 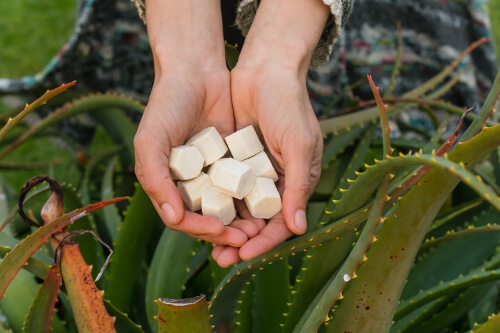 According to the website, Seva Foods was founded on the belief that food can be a powerful form of activism for people,  the planet, and animals. “Our commitment to sustainable ingredients and practices means crafting products that are good for our bodies and the planet,” the company wrote.“By crafting products made only with plant-based ingredients, we hope to improve the world for all animals.”

In a press release, Seva Foods said that it is also responding to consumer demand for better-for-you snacks. Amid the growing consumer awareness surrounding the ingredients in our food, more people than ever before are seeking healthier snack options. Last year, a study sponsored by Amplify Snack Brands found that the demand for healthier snacks is driven primarily by Millennials. According to the study, 89 percent of younger consumers ate at least one healthy snack per week and 50 percent said that they would drive at least five miles to buy their favorite healthy snack. 64 percent reported believing that a shorter ingredient list means a snack is better for you and 79 percent said that being able to understand all ingredients listed builds trust with a brand.

Healthier snacks like Space Ice Kream, Hippeas, and Vegan Rob’s aren’t all that is in high demand.  Last year, a report by Future Market Insights revealed that the global vegan ice cream market is on track to reach $2.45 billion within the decade.

Seva Foods’ Space Ice Kream, along with its vegan Coconut Jerky, are both available online and at select retail locations. Earlier this year, the company launched a Kickstarter campaign in order to expand operations and offerings.