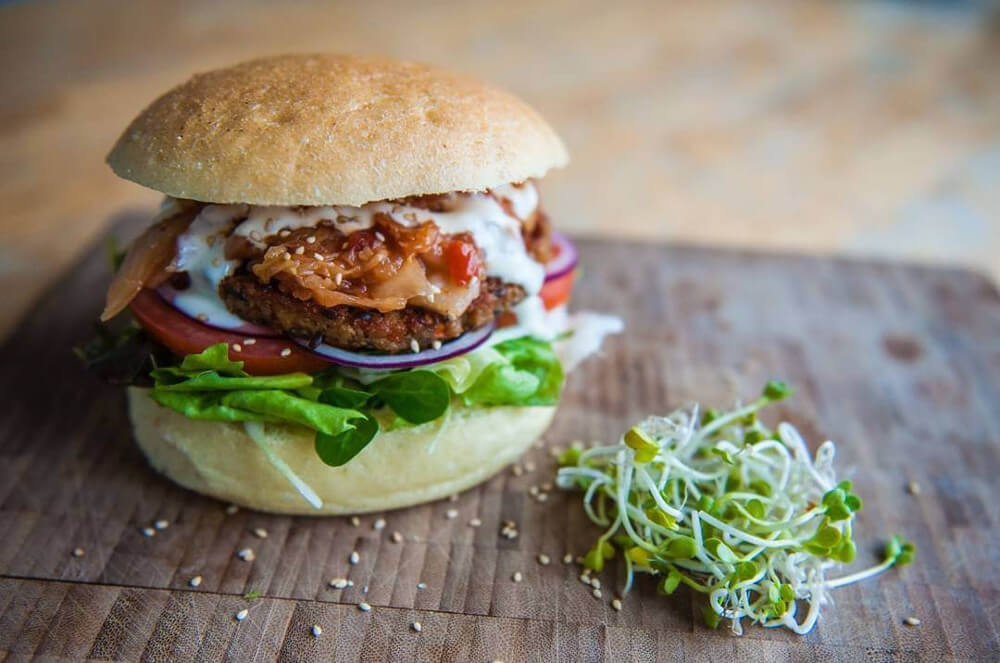 Called Las Vegan, the restaurant was created by Tom van der Sluijs, a former chef at Amsterdam’s wildly successful Vegan Junk Food Bar. Having a strong foundation in creating vegan comfort food that looks and tastes like American diner food, Van der Sluijs created Las Vegan as part of his greater mission in life. “I am on a quest for the vegan replacement for guilty pleasures, to let everyone enjoy comfort food in a responsible way,” he said.

While American comfort food is notoriously heavy in meat and cheese, Las Vegan uses its housemade seitan, a plant-based protein made from vital wheat gluten, in place of meat in a wide variety of its vegan diner food dishes. According to the website, the restaurant specializes in “vegan hot dogs, vegan burgers, vegan taco’s, vegan meatballs, vegan mac and cheese and much more.”

The S’ub Philly, for example, is a vegan take on a classic Philly cheesesteak, featuring housemade seitan on bread with vegan cheddar cheese, iceberg lettuce, tomato, and red onion. Their vegan tacos, Let’s Taco ‘Bout Las Vegan, features a trio of vegan chicken, vegan mincemeat, and vegan steak with nachos and salsa. “They’re like Destiny’s child, except they’re all as great as the other,” the website teases.

Last year, Amsterdam was named the “vegan capital of Europe.” The title was awarded based on an assessment by vacation rental website Holidu of the vegan food available on Happy Cow. “The ratio of vegan restaurants, or restaurants with vegan choices, and the number of inhabitants is nowhere as favorable as here,” said the article.

Veganism is on the rise in the Netherlands. Earlier this year marine conservation organization Sea Shepherd announced that it would open a vegan tattoo parlor in Amsterdam. Earlier this month, a vegan athlete was named the “fittest man in the Netherlands” at the CrossFit Games Open. Further, a 23-year-old vegan bodybuilder took home second place at a Dutch bodybuilding competition.

Las Vegan is open for business on a delivery-only basis in Amsterdam on Friday, Saturday, and Sunday.