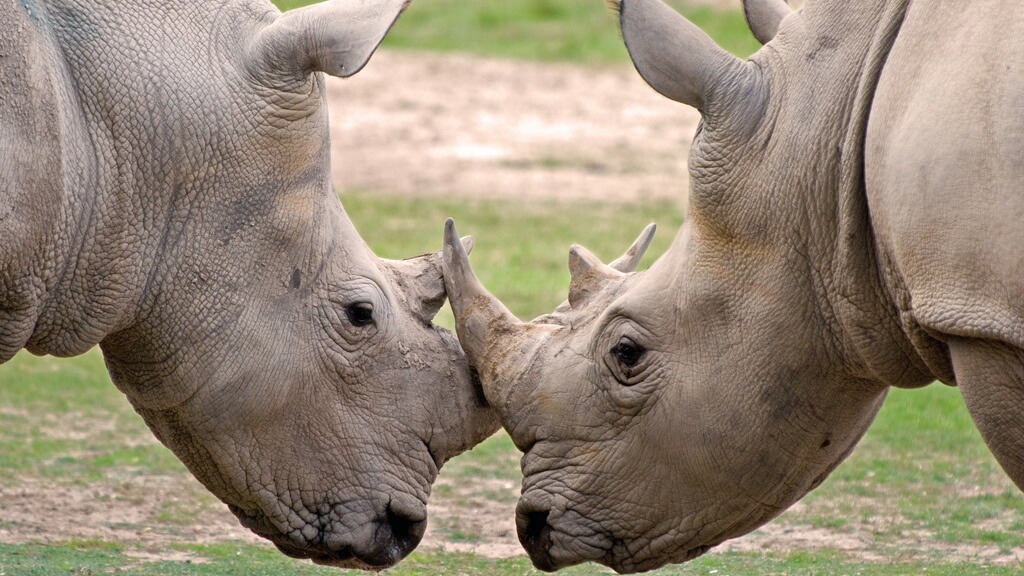 UK auction houses Sotheby’s and Bonhams recently decided not to sell 21 lots of antique rhino horn items. They made the call after “mounting pressure and criticism from wildlife conservation groups,” NPR reported.

The auction houses said that the legal sale of parts of endangered species “promotes illegal poaching and rampant slaughter.”

According to Humane Society International, the sale of the carvings, which was set to begin on Tuesday, have an estimated value of $3.87 million, Agence France Presse reported.

Initially, Matthew Girling, Global CEO of Bonhams, “said the auction house only sells rhinoceros carvings with a known provenance and licensed by the Convention on International Trade in Endangered Species.”

Later, though, Girling changed his stance. In an emailed statement sent to NPR, Girling said, “we do, however, recognise there are widely held concerns about this issue and have decided that the sale of the rhinoceros carvings scheduled to take place in Hong Kong on 27 November will now not take place. In future, Bonhams will not offer artefacts made entirely or partly from rhinoceros horn in its salerooms.”

This past Saturday, Sotheby’s announced that three lots of rhinoceros horn antiques were “withdrawn from a different sale.” That sale was scheduled to happen later this week in Hong Kong.

Sotheby’s “will no longer offer rhino horn artefacts in the future,” Nicolas Chow, chairman of Sotheby’s Asia said in a statement to AFP, reported by NPR.

“Sotheby’s deplores any illegal slaughter and trading of endangered wildlife, and strongly supports conservation efforts from the global community.”

The Ivory and Rhinoceros Horn Trade in the U.S.

In August, Illinois became the ninth U.S. state to ban the sale of ivory and rhinoceros horns.

The bill was signed into law by Gov. Bruce Rauner. The law states that it’s illegal to buy, sell, or trade ivory and rhino horns within the state.

Although federal regulations instituted in 2016 banned the commercial trade of ivory – including a ban on state-to-state trading – the law doesn’t restrict commerce within the state.

“The poaching of elephants and rhinos is particularly gruesome,” reports Chicago Tonight. “Animals are shot with military-grade weapons, and tusks and horns are harvested by cutting the faces off the animals, sometimes while they’re still living.”