The world’s largest foodservice distributor just developed its own vegan meat and milk.

Evolving consumer eating habits prompted Sysco to offer more vegan food. According to data from the NPD Group, a quarter of meat-eating Americans are regularly incorporating plant-based food into their diets.

“There’s so much competition out there, and everyone’s doing it, and you have to keep up,” Benjamin Udave, executive chef at Sysco Los Angeles, told Food Business News. “If you’re not growing and changing you’re going to become obsolete.” 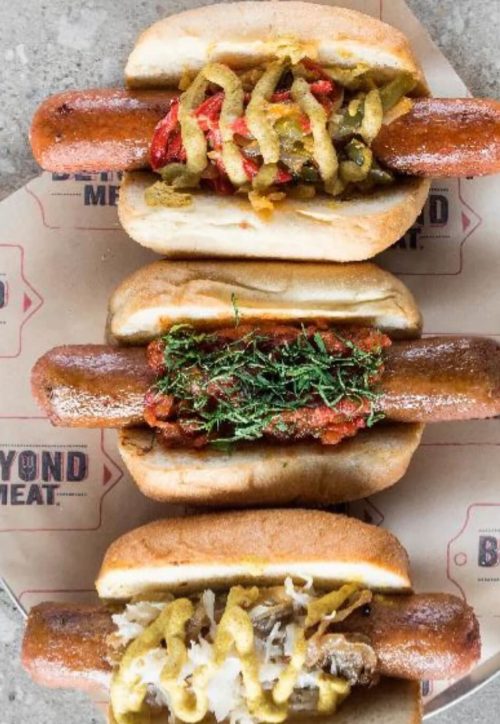 “We see restaurant trends and restaurant menus starting to reflect this. The adoption curve is up pretty high on restaurants adding plant-based options to their menus,” she said, adding that even though there’s been an 800 percent increase in vegan options, it’s not enough. “We’re also seeing just over half of consumers still asking for more plant-based options on the menu.”

According to Stocker, many of the emerging vegan products can easily replace the conventional food. “You don’t have to make a lot of changes in your recipes to incorporate a plant-based element in sauces, dips, dressings,” she continued.

Vegan food – and plant-based meat, in particular – has caught the attention of mainstream restaurant chains thanks to two burger behemoths, Beyond Meat and Impossible Foods. Both are known for creating “bleeding” vegan burgers, the Beyond Burger and Impossible Burger.

The former became the first vegan meat brand to go public earlier this month and made history for the most successful first day IPO in nearly two decades. Available in more than 25,000 locations worldwide, including major chains such as TGI Fridays and Carl’s Jr., Beyond Meat’s CEO Ethan Brown aims to make his plant-based protein cheaper than animal meat.

Going public is on the agenda for Impossible Foods, too, but the company is in no rush, according to chief financial officer David Lee. The brand recently received a $300 million investment backed by high-profile celebrities such as Jay-Z and “The Daily Show” host Trevor Noah. The funds will be used to add a third shift to its Oakland-based production facility in order to help the brand keep up with demand. Impossible Foods plans to offer its signature vegan burger at all U.S. Burger King locations by the end of the year, as well as Canadian stores down the line. A number of mainstream restaurant chains have expressed interest in offering its vegan meat, including Arby’s, Wendy’s, Subway, and Dunkin’.

Vegan meat’s popularity has prompted major global brands to dabble in plant-based protein. Tyson, the world’s largest meat processor and former Beyond Meat stakeholder, will launch its own range of vegan meat this year. Nestlé launched its own competitor “bleeding” burger, the Incredible Burger, in Europe this month. It’s currently available at German McDonald’s locations.

“We believe this [plant-based] trend is here to stay, as consumers look at different ways to enjoy and balance their protein intake and lower the environmental footprint of their diets,” CEO Mark Schneider told CNBC.