One-hundred-and-three stories above Hong Kong’s Victoria Harbor, history was quietly being made earlier this spring when one of the tallest hotels in the world, the Ritz-Carlton Hong Kong, became the luxury hotel chain’s first location to add the popular meaty vegan Beyond Burger to its menu.

The burger has quickly become iconic since launching in 2016; Beyond Meat says its sold more than 11 million burgers in under two years. The vegan, gluten-free and soy-free patty looks, cooks, and tastes like beef but offers superior nutrition and none of the risks associated with beef for either human health or the environment.

The launch was spearheaded by executive chef Peter Find in partnership with Hong Kong’s Green Monday — Asia’s version of the popular Meatless Monday campaign that encourages consumers to give up meat at least one day a week. 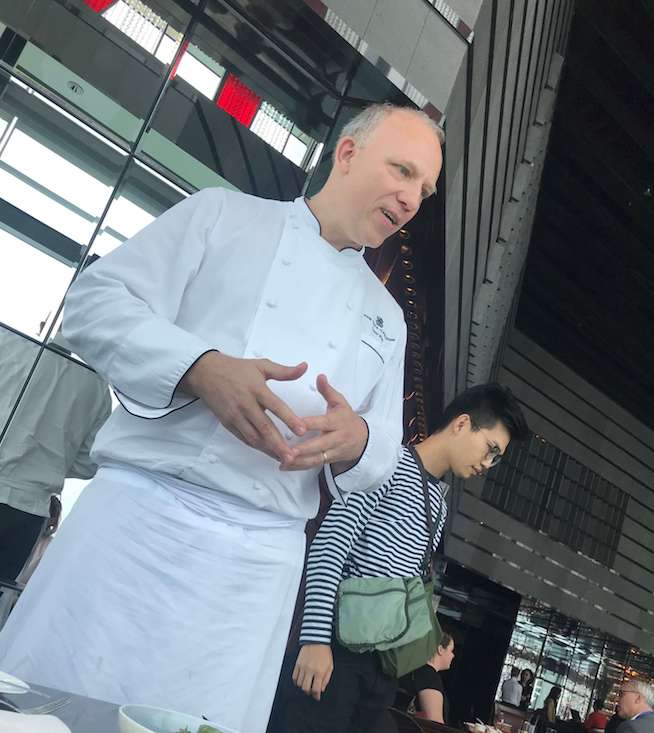 Spearheaded by entrepreneur David Yeung (he’s also an investor in Beyond Meat) who also runs the Green Common chain of plant-based restaurants and markets and the recently launched vegan pork company Right Treat, Green Monday aims to remove the stigma around the vegan diet in Asia. Long viewed as an austere diet only observed by Buddhists, Yeung is determined to disrupt the meat market. And it seems to be working.

The six Green Common stores serve an array of vegan dishes including retooled versions of products like the Beyond Burger to suit Asian palates. The Beyond Bao, a soft minced Beyond Burger meat filled Asian bun is testament. But as much as Asians love their traditional foods, like much of the rest of the world they seek out Americanized classics: steaks, shakes, burgers, and fries are no stranger to the region.

The campaign has made fast friends in its six years since launching, partnering with numerous restaurants, supermarkets, and hotels to bring in vegan and vegetarian menu items to meet the growing demand for modern vegan food. 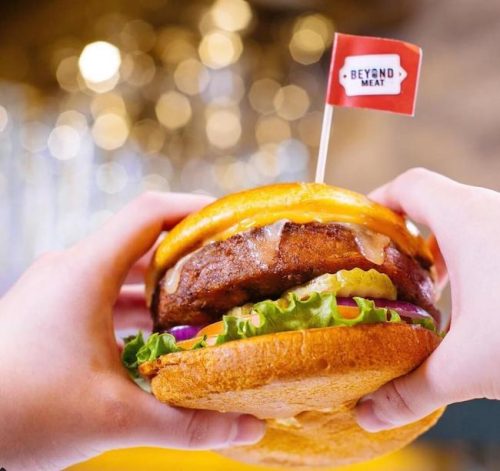 Chef Find was game. “I wanted to know how we can make the Beyond Burger even more interesting,” the chef told LIVEKINDLY. The five-star hotel restaurant looked to local ingredients, fermenting its own kimchi, creating a house-made beetroot hummus, and topping the burger with a fresh avocado puree to accent but not overpower the meaty vegan patty. “Vegetables should be as good as the ‘meat’ itself,” he said.

In less than two months, the restaurant is already seeing the burger sales rise.

“We are looking at what else we can do with the Beyond Burger,” Find says. Already, the hotel’s restaurants are becoming more plant-forward, focused on locally-grown greens, heirloom grains, beans, and seasonal vegetables. A simple grilled mushroom or a barley salad appeal to vegetarians and meat-eaters seeking healthy and flavorful whole foods now indicative of California-inspired fine-dining popular around the world.

The Beyond Burger fits the bill, too, Find says, offering his customers the decadence they’d expect from the Ritz-Carlton — the epitome of opulence. The burger is both a nod to culinary craftsmanship and cultural relevance, proof that luxury and sustainability can co-exist…and deliciously so.