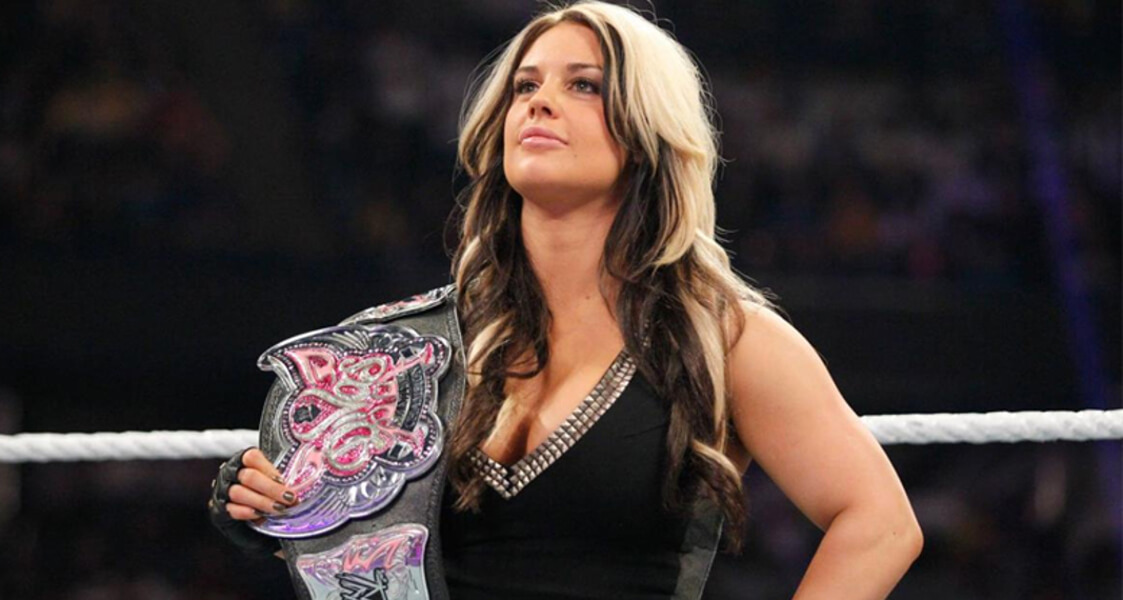 “Went full vegan almost a month ago. It’s treating my body good,” the 31-year-old vegan athlete wrote. “I haven’t weighed myself but this is the leanest I’ve been in a while (although I’m still a brick sh*t house). Big thanks to @trifectasystem for making it super easy!”

In an interview with Chris Van Vliet, a long-time professional wrestling fan who travels the country interviewing athletes in the business, Bonin explained how she came to embrace a vegan lifestyle. After being approached to book a match at an independent venue early in the year, she worked hard to get back into shape, which included a lifestyle change.

“I went vegan… Every time I say that, I wait for a reaction that’s super negative,” she laughed. While the star admitted that she misses dairy, specifically cheese, her new plant-based diet has brought on numerous health benefits.“It’s been almost two months that I’ve been eating vegan and I feel so good. I lost a ton of weight – I’ve also been training every two days – and I’m just in ‘beast mode’ right now.”

Went full vegan almost a month ago. It’s treating my body good. I haven’t weighed myself but this is the leanest I’ve been in a while (although I’m still a brick shit house). Big thanks to @trifectasystem for making it super easy! #celestialbodiez #veganlife #girlboss #fitfashion #squats #legday

While professional wrestling is still largely dominated by men and traditional notions of masculinity such as the idea that protein must come from an animal, Kaitlyn said that she is not afraid to “break the mold.”

“I was in such a meat-head mentality that I was like ‘oh, protein is chicken and turkey,’ but once I kind of got out that [mentality] and out of my comfort zone, I began experimenting with veganism and what kind of food you can eat and now I have no stomach issues and I just feel really good,” Bonin said.

She is not alone in showing the professional wrestling industry that you don’t need animal products to be a top performer. Current Impact World Champion Austin Aries, a vegan since 2011 and author of the book “Food Fight: My Plant-Powered Journey from the Bingo Halls to the Big Time, ” is at the top of his career and has collected so many championships that he has been dubbed “The Belt Collector.” Further, vegan British wrestler Zack Sabre Jr. was recently signed to NJPW (New Japan Pro Wrestling), a highly respected promotion that is thought to be among the best in the world. Finally, former Impact Wrestling Knockouts Champ, Allie, promotes her vegan diet on her YouTube series “Allie’s World.”

Also a former fitness model and bodybuilder, Bonin left WWE in 2014 in order to focus on her personal life and fitness apparel brand Celestial Bodiez, a line created for muscular women who have trouble finding flattering leggings.  She has largely remained inactive in professional wrestling, save for a few bouts in the independent circuit. However, she will make her first return to WWE in four years as an entrant in the Mae Young Classic 2018, a women’s professional wrestling elimination-style tournament set to take place on August 8 and 9 at Full Sail University in Florida.