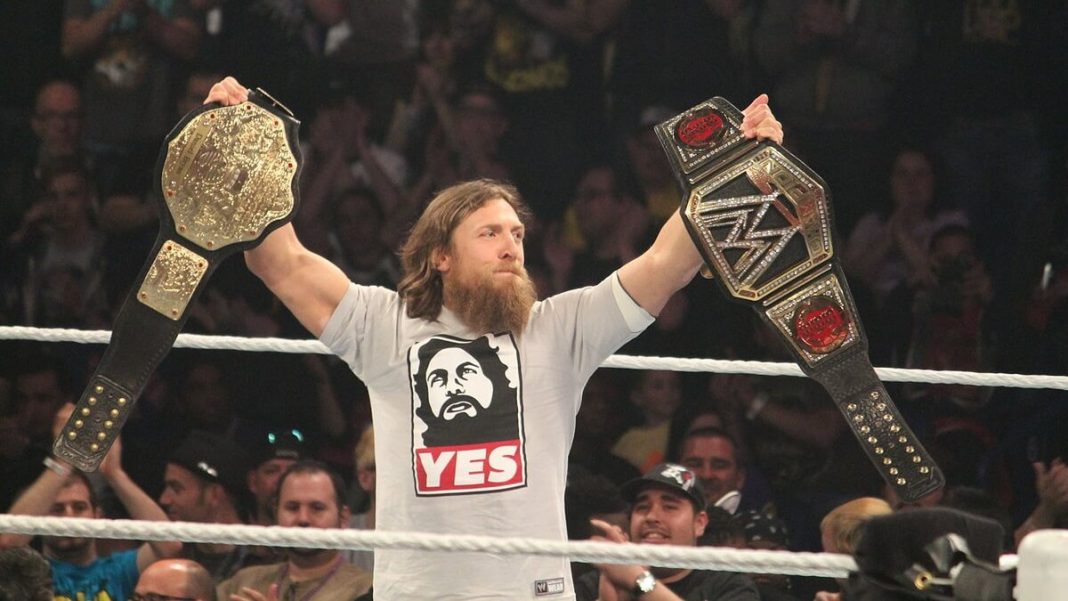 Current WWE Champion Daniel Bryan has trashed his leather championship belt in favor of a vegan one made from sustainable hemp – a fitting decoration for The Planet’s Champion.

The four-time champ debuted the new belt on “SmackDown Live” on the USA Network on Tuesday following his victory over challenger AJ Styles on Sunday night’s Royal Rumble PPV.

In an in-ring segment, Bryan stood before a trash can with new accomplice, former Wyatt Family member Rowan, who he called his “intellectual peer,” beside him. “This,” he paused before chucking the old leather WWE Championship belt, “is trash. I said that when I became the WWE Champion, that I was going to change the world. But to change the world, we need new symbols.”

The 6’8″, flannel-clad Rowan then revealed the new vegan belt – featuring a hemp strap and wooden detailing. “This is the new symbol of excellence. This is your new WWE Championship!”

The vegan champ previously mentioned that he would debut a leather-free belt and it looks like WWE helped him make good on his promise.

Bryan sealed the victory via pinfall after Styles ducked an enzuigiri (a kick to the back of the head) and took out the referee. Rowan appeared while the ref was down and took Styles out with a chokeslam, allowing Bryan to get the 1-2-3 to retain the championship.

It’s not quite a fair victory, but Bryan, who has also adopted the moniker The New Daniel Bryan, is currently a heel – the “villain” in professional wrestling lingo. Cheating and other shenanigans that goad the crowd into boo-ing are expected.

Bryan has taken to incorporating many of his real-life beliefs, which include sustainable living and a plant-based diet into kayfabe, a term used to describe what’s happening in the storyline. Actions include berating the audience for participating in mass consumerism and for eating “unhealthy,” unsustainable food like meat. Notably, the champ no longer wears his shirt available in the WWE shop, a subtle, but heel-ish move.

During last week’s “SmackDown Live,” The New Daniel Bryan went after the Baby Boomer generation and WWE CEO Vince McMahon, saying, “You and your entire generation. You take, you take, you take! And you give nothing back, putting profits over both people and the planet!”

While traditionally, a heel is considered as successful as how many boos they can get from the crowd, the audience has sided with Bryan and delights in his villainous actions. Bryan is a longtime wrestling fan-favorite who wrestled extensively in Japan and outside of WWE prior to being signed. He was originally released from WWE in 2010, only to return and win over the crowd not only with his technical skills but his character – and so far, people are siding with The Planet’s Champion.