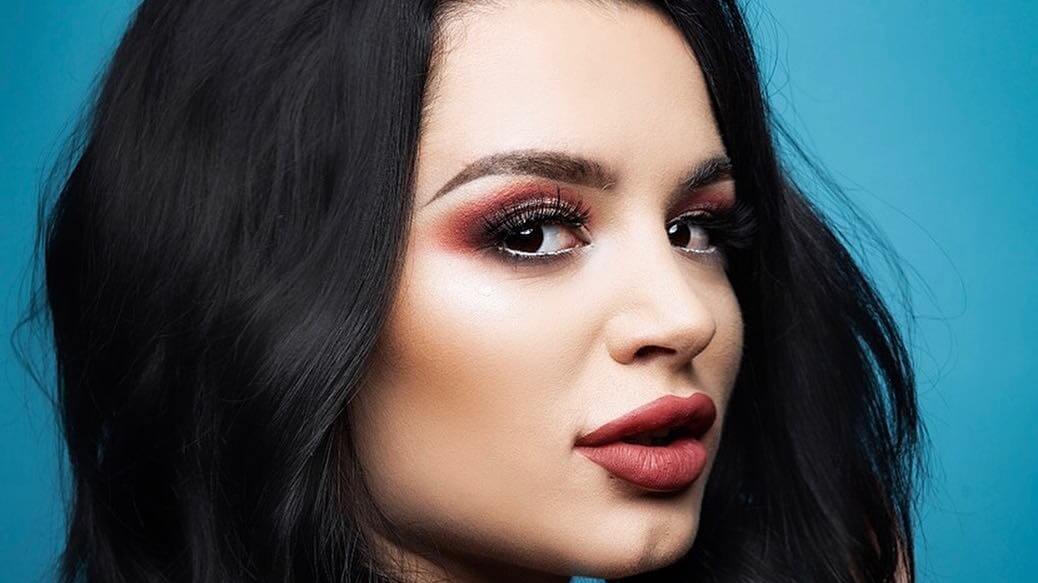 According to Alt Press, the two-time WWE Divas Champion partnered with cosmetics brand Beauty Society to create the range.

Now retired from wrestling due to injury – though she still appears as general manager on WWE’s Smackdown Live – Bevis has a number of projects on the go. She launched her first clothing line in 2017, named Saraya, and it was recently announced that a film based on her life – produced by Dwayne Johnson and named “Fighting With My Family” – would soon be hitting the big screen.

A wrestler since the age of 13, Bevis appeared in the UK Channel 4 documentary “The Wrestlers: Fighting With My Family” in 2012. Known as the “First Family” of British wrestling, the documentary follows the trials and tribulations of Bevis and her family of wrestlers. Taken with the original documentary, Johnson decided to produce a follow-up film starring Nick Frost and Lena Headley.

You guys the lipstick is officially out! So go to @thesarayastore link in my bio right now to get yours. Can’t believe the amount of support we’ve had for these lipsticks. Already close to selling out. Blows my mind! You guys and girls are absolutely incredible!!! Thank you! ?? #BreakUpMakeUp #Vegan #CrueltyFree #GlutenFree

But despite all of the attention on her wrestling life, Bevis is proving herself as a successful beauty entrepreneur. Her first collection from Saraya Jade Cosmetics – a range of four lipsticks called “The Breakup Collection” – launched in mid-November and sold out in less than 24 hours. Each shade – “Rebound,” “I Don’t Need You,” “IDFC,” and “Into Dust” – was named to align with the theme of break-ups, giving the wearer a matte finish.

Surprised at the success of her first-ever foray into cosmetics, Bevis posted on her Instagram account, “Holy. Crap. We SOLD OUT. In less than 24 hrs. Thank you to all of you that snapped it up so quickly. Blows my mind having so much support for [the Saraya Store] wow!! We will be restocking soon!! So keep your eyes peeled!!! Thank you thank you thank you!!!”

For a closer look at Bevis’ cosmetic range or to browse her clothing collection – which features a selection of tees and slogan hoodies – please see here.