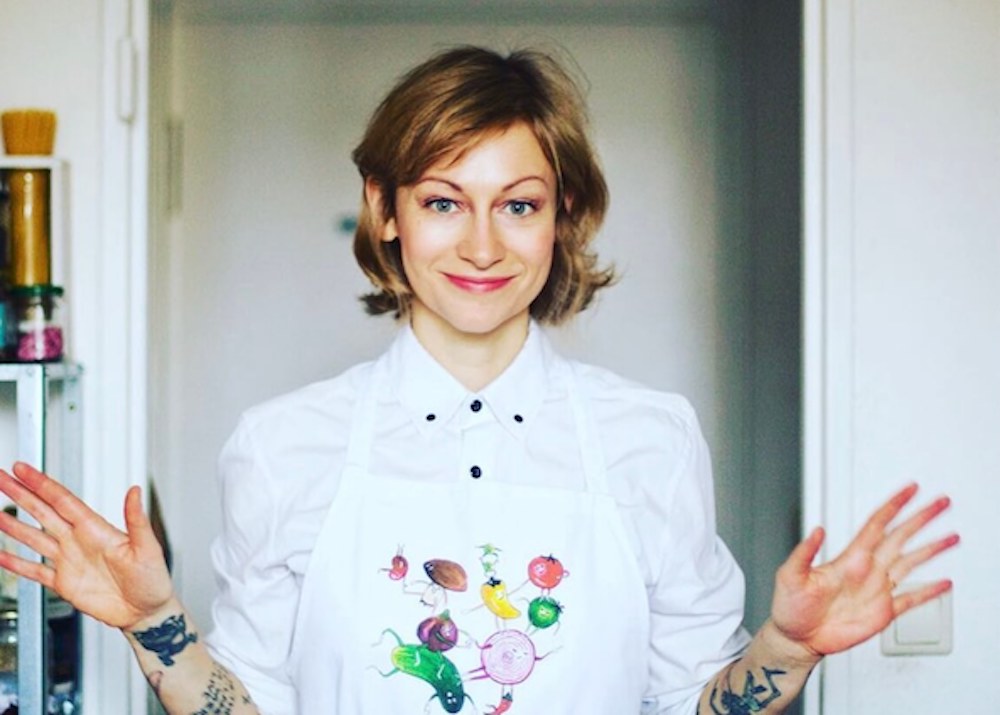 The food world is beginning to pay more attention to female chefs, and the vegan scene is no different. Women are staking their claim in professional kitchens and are not only showing off their culinary talents but creating dishes that nourish, inspire, and dazzle patrons, both vegans and non-vegans alike. Their creations have the power to transform vegan skeptics into regular customers, which supports the increasing demand for vegan options across the board. Further, many of these female chefs utilize their skills to benefit and raise up those in need. Here are five vegan female chefs you need to know about. 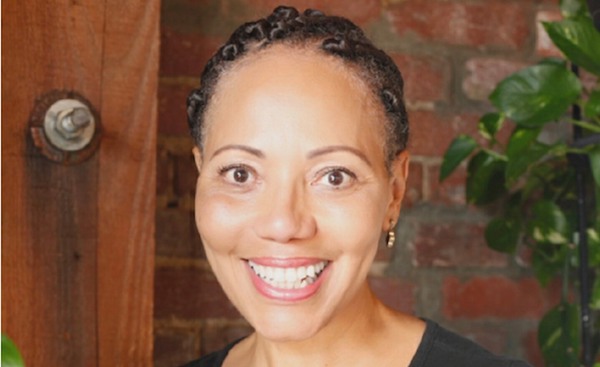 “I think of myself as an artist and the plate is my canvas and plant-based foods are the many different color paints I have to work with,” said Curtis on a recent episode of the Eat For the Planet Podcast. She is the Incoming President of Women Chefs & Restauranteurs, an organization dedicated to advancing women in the food and beverage industries. Curtis has over eighteen years of vegan culinary experience and has worked in established venues such as The Ranch in Malibu, Pure Food and Wine in New York, the Springs Restaurant and Wine Bar in Los Angeles, the Marriott Group, and Hilton Hotels. Most recently, she was one of the six female chefs who cooked for the James Beard Foundation’s International Women’s Day dinner. 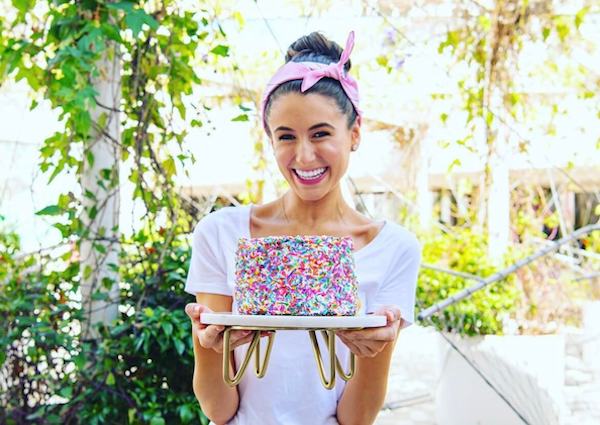 Chef Coscarelli is a revolutionary in vegan and fast-casual cuisine. In 2012, she was the first vegan chef to win the coveted title of Cupcake Champion on the popular Food Network competition show, Cupcakes Wars (in a non-vegan episode). In addition to four cookbooks, she has also been recognized by the prestigious Forbes 30 Under 30 list. Further, her first brick-and-mortar concept, by Chloe, grew into an international mini-empire, with locations across the East Coast, one in Los Angeles, and one in London. Her veganized renditions of familiar fast-food staples are spot on, and some say even better than the original. Her guacamole burgers, creamy mac and cheese, and Chlostess Cupcakes have gained a huge following, shifting the omnivore perspective and pushing past the stereotypes of vegan food. Her latest venture, Chef Chloe and the Vegan Cafe in Miami, is continuing this mission to promote the vegan lifestyle in a fun, accessible way. “I am definitely really committed to my profession as a chef and furthering the vegan movement and innovating vegan cuisine. That is something I will always be moving forward on,” she told LK. 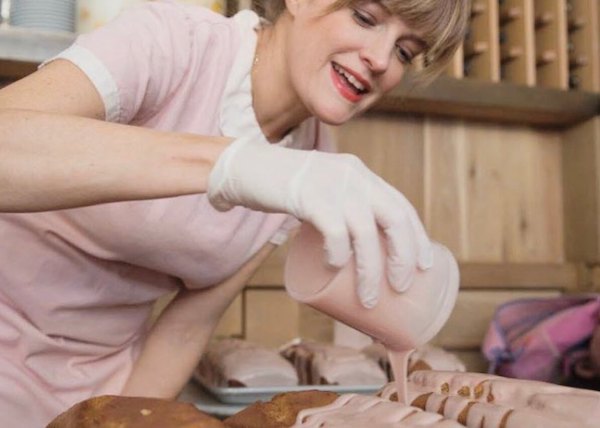 Erin McKenna is a pioneer in allergen-friendly baking. She opened her first vegan, gluten-free bakery in New York City in 2005, years before either of these lifestyles had gained society’s attention. Plagued by dietary restrictions in her own life, she set out to “focus on the underserved – the people with gluten, dairy, egg, and soy sensitivities, the health-minded, and most importantly, the allergic kids who are often unable to indulge.” McKenna’s decked out donuts and moist cupcakes drew more than just the gluten-free vegan crowd. Today, she operates three bakeries – the original in Manhattan, one in Los Angeles, and one on the Walt Disney World property in Orlando. Those who reside far from these areas can purchase her baked goods online or learn how to make them at home with one of her three cookbooks. 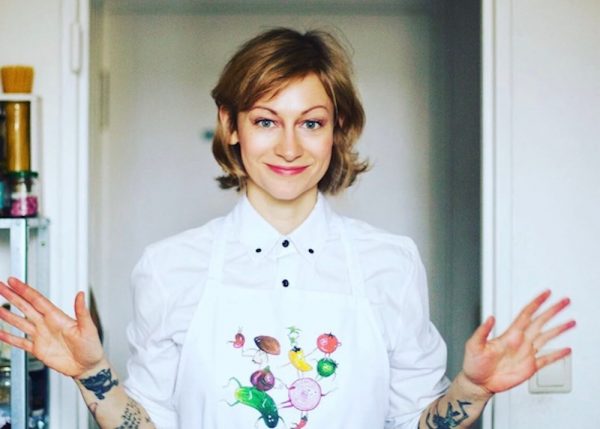 Chef Hoffmann is a Berlin-based vegan chef, cookbook author, and consultant. In 2012 she launched her catering business, where she gained recognition through her multicourse, often themed, pop-up dinners. She also hosts a vegan YouTube cooking show and podcast to inspire others to get in the kitchen and prepare restaurant-quality plant-based dishes. Her podcast, Vegan Queens, highlights vegan women food entrepreneurs. Hoffmann also supports the female culinary movement in Berlin as an active member of the Feminist Foodie Club. Beyond these pursuits, Hoffmann consults with both restaurants and major corporations such as Google Foods and Wasa to develop recipes and branded menus. She also cooked alongside Chef Nina Curtis at the James Beard Foundation’s International Women’s Day dinner. 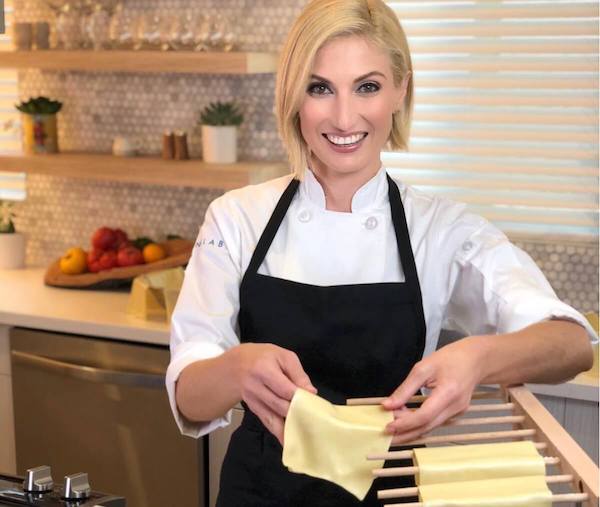 Chef Durso in a vegan chef and food personality, working to bring vegan cuisine to the mainstream audience. She has appeared on the Food Network, The Doctors, and the Discovery Channel, in addition to providing expert plant-based content for media outlets like Mind Body Green, CNN, Glamour, and Maxim. Beyond the camera, Durso has served as the featured chef in the high-end resort kitchens of the Four Seasons in Punta Mita, Mexico and the Island of Nevis and St. Kitts. Currently, Durso leads a virtual vegan cooking course, Leslie’s Italian Kitchen, in partnership with the renowned plant-based culinary academy, Plantlab.