Yakisoba sauce is usually made using Oyster sauce and Worcestershire sauce. In this recipe I have used vegan alternatives that you can buy most health food shops and some supermarkets. Vegetarian Oyster sauce is a delicious sauce often made from shiitake mushrooms. It’s a versatile sauce which can be used many dishes; I like to add it to Bolognese for a richer flavour.

I have topped this dish with sriracha (vegan) mayo because it is just the most magical thing you’ll ever taste. 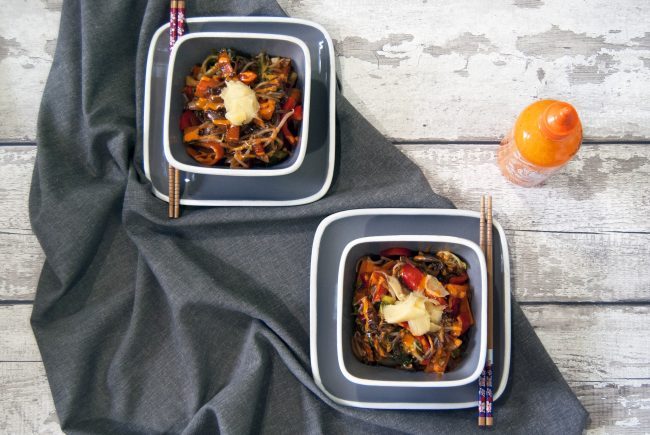 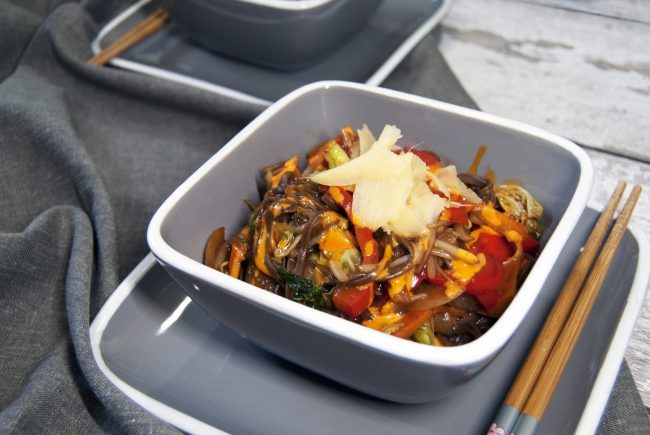 NOTES
It is tradition to top this dish with aonori, I don’t usually do so as it has a strong ‘ocean’ taste that I don’t really like. If that’s a taste that you enjoy then this is the perfect opportunity for you to get your salty sea fix!