Yogurt sales in the United Kingdom are in a slump, according to new research.

The research, conducted by analytics firm Kantar Market Research for trade journal The Grocer, found that although higher yogurt prices resulted in a 1.5 percent increase over last year, customers are not buying yogurt as often as they once did. In a table analysis of the top 10 UK yogurt brands, it shows that only one brand experienced growth in 2017, while sales for other labels fell by as much as 9 percent.

Children, in particular, are eating less yogurt. The research revealed that compared to 2016, children ate yogurt on 82 million fewer occasions in 2017. Analysts also found that although many adults will grab a pot of yogurt for breakfast out of convenience, they do not want to eat it at lunch or in the evening. “Brits consumed yogurt on 11 million fewer evening occasions and a whopping 73 million fewer lunch occasions,” researchers noted. 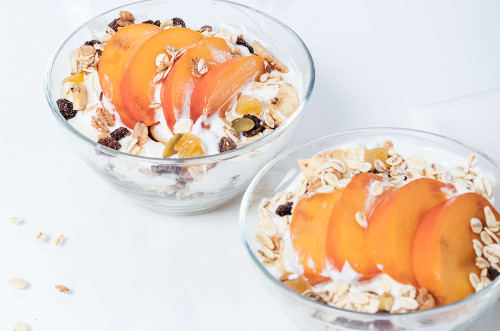 Among the potential reasons for the sudden drop in interest over yogurt include sugar content. According to Dairy Reporter, British government health guidelines named yogurt as one of nine sectors that need to cut down on sugar content.

The Telegraph also cited the “growing move towards veganism and an increase in lactose intolerance has seen more people move towards milk and dairy-free alternatives” as another reason for the decrease in yogurt sales.

Health may be another factor, according to data from the Kantar World Panel. The Panel linked consumers’ evolving attitudes regarding what foods are ‘good for us’ to the fact that more than a quarter of evening meals consumed in 2017 were plant-based.

Meanwhile, dairy-free yogurt continues to grow in popularity. Last year, vegan yogurt brand Yofix received $2 million from investors in the UK, US, and Israel. Follow Your Heart, a brand that has been making vegan products since the 1970s, recently announced that they will debut a line of plant-based yogurt later this year. Plant-based milk maker, Ripple, also released its own line of vegan yogurt. Experts from market research firm Packaged Facts predict that more brands will respond to the growing demand for plant-based yogurt.