Instead of dairy, the new vegan Go-Gurt is made with coconut cream. It’s cultured with four different probiotic strains and fortified with calcium, vitamin D, and vitamin B12. It’s also free of gluten and soy. 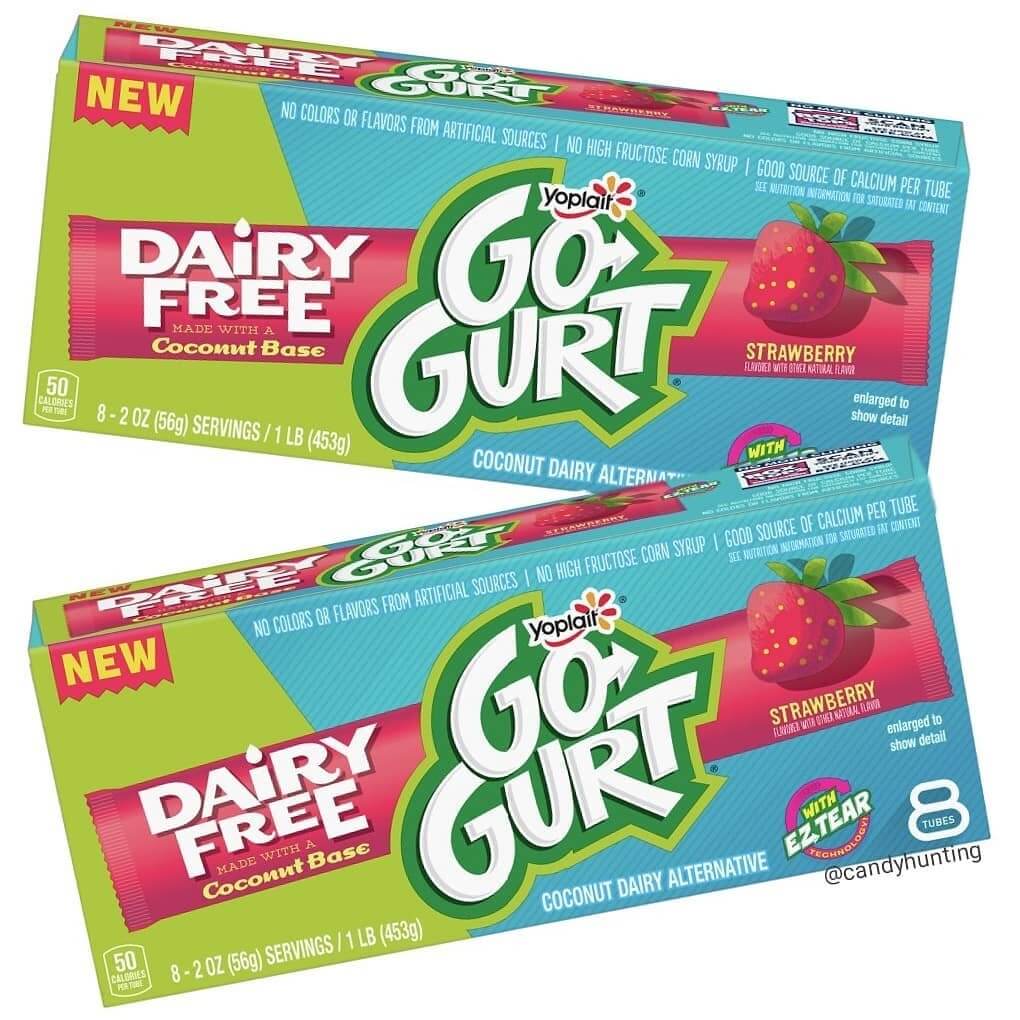 The new strawberry dairy-free Go-Gurt from Yoplait features a coconut cream base.

The Rise of Vegan Yogurt

In a statement at the time, Mariano Lozano, the CEO of Danone North America, said it was important to have the factory to prevent cross-contamination with dairy products.

“Dairy-free is different than nondairy,” he said. “Dairy-free options must be produced in a facility that is solely dedicated to plant-based food production.”

He added that consumers are now “seeking out” more dairy-free options.

Last year, wellness-focused data technology company SPINS revealed the U.S. dairy alternative market was worth around $1.2 billion. This excludes the vegan milk market, which SPINS revealed was worth more than $1.8 billion on its own. The vegan yogurt market was valued at around $240 million.

It’s not just the U.S., the dairy-free yogurt market is also soaring globally. A report released earlier this year by Fior Markets predicted that the global market could grow to $2.89 billion by 2026. In 2017, the global market was valued at $870 million.

Fior Markets named Danone, Kite Hill, Ripple, and Califia Farms as among the key players in the market, which is being predominantly driven by health motivations.

The report reads: “vegan yogurt is rich in vitamins, amino acids, minerals, and essential fats, thus helping in having healthy skin and hair. These factors will propel the vegan yogurt market growth in the future.”

The new dairy-free Go-Gurt option from Yoplait will be available from August. An 8-count package will retail for $3.99.