You can now eat vegan food naked at one of London’s most well-known pubs.

Vegan and vegetarian pub The Coach & Horses has become the first pub in London to be granted a nudist license, meaning you can enjoy a drink, or some plant-based eats, whilst baring all, CNN Travel reported.

The Soho pub first opened its doors in 1847. It was once home to “London’s rudest landlord,” however, in 2006, Alistair Choat took over the role and has since been looking for ways to stand out among the growing number of pub chains across London. To do this, Choat has staged plays, introduced pub singalongs, and turned The Coach & Horses into the city’s first plant-based pub.

The pub’s latest venture is its recently acquired nudity license, which allows guests and staff members to be naked at the premises, as long as it’s pre-arranged and consensual.

“We are going to be planning, in June, a nude night,” Choat said to CNN Travel.

“[We] haven’t got the exact date yet, but that’s what’s going be happening — so that all these people phoning up wanting to get naked and have a pint in the center of Soho will be able to do so,” he added. According to the venue’s website, 64 percent of Londoners have said they enjoy a pint more whilst nude. 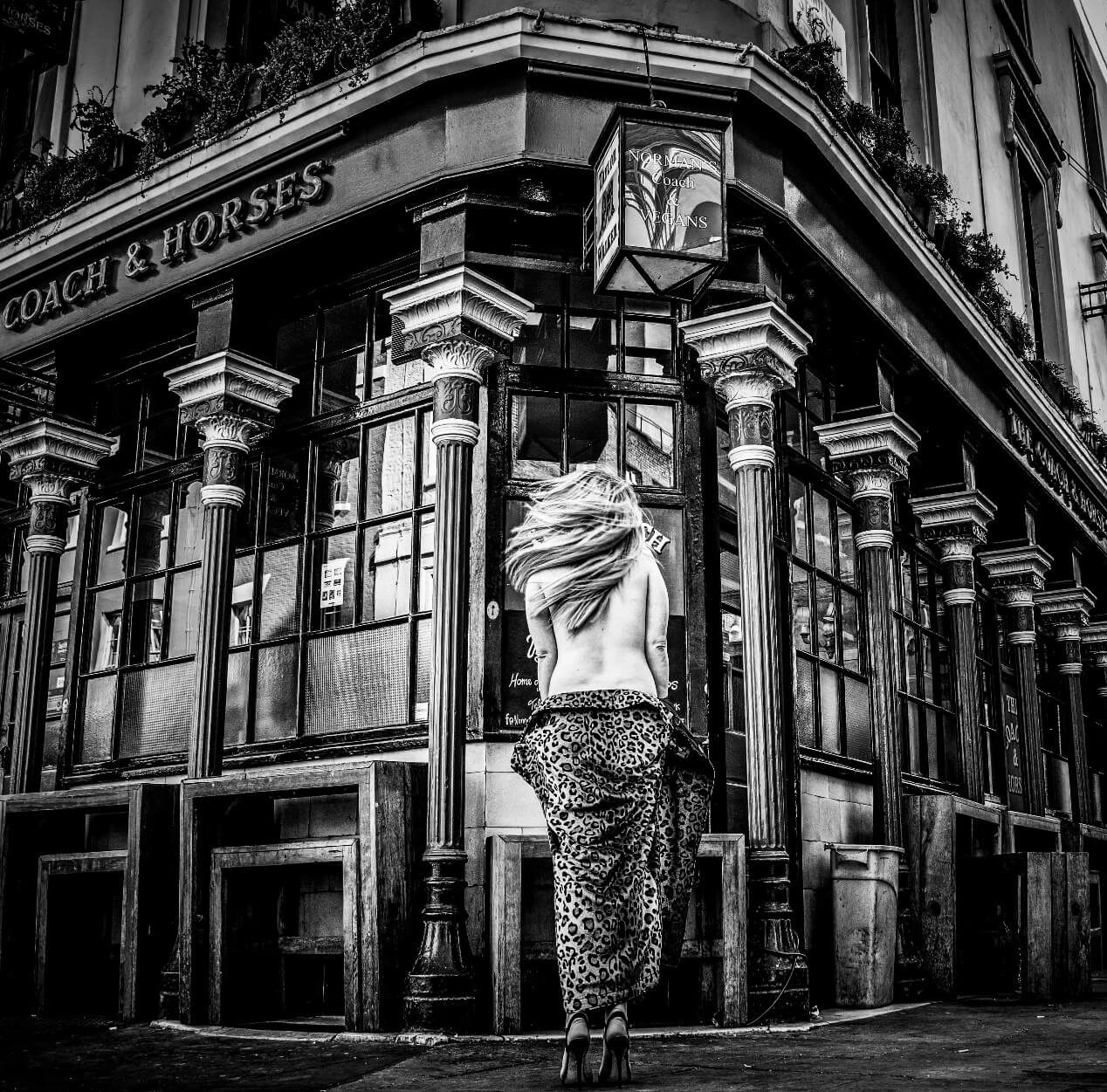 “You do have to have the right staff on, because obviously the team have to be comfortable with it,” he noted. “But to be honest with you, when you do these things, after 10, 15, 20 minutes no one notices anymore. It’s a bit like you go to a pub where there’s a band playing and you’re not very interested in it, after a while it’s just background music.”
Choat added, “If everyone’s naked it’s going to be hilarious, it will be very funny.”

The Coach & Horses prepares all of its meat-free meals with fresh and seasonal ingredients. Its menu includes vegan chilli, burgers, pies, and Sunday roasts. “Tofush” and chips is its signature dish, featuring tofu marinated in lemon juice, salt, and pepper, then wrapped in seaweed and covered in a crispy Whitstable ale batter. It’s served with chunky chips, peas, and the pub’s homemade vegan tartar sauce.