Billie Eilish has been a loud voice for the vegan movement recently. To celebrate the 17-year-old musician and her efforts for the cause, Vegan Club has created Billie Eilish t-shirts.

Vegan Club is an activist brand that creates merchandise inspired by notable vegans. All of its apparel is eco-friendly, sustainable, and free from animal products, including the ink used in the designs. Vegan Club aims to make fully organic, recycled, or up-cycled clothing and strives to be zero waste. The group has an overarching goal of “veganizing the world through the subliminal power of vegan artworks and fashion,” it writes on its website. Its latest creation features Eilish.

The shirt’s launch comes shortly after the singer-songwriter took to Instagram to urge her 26.1 million followers to think twice about the food on their plates. Eilish shared undercover footage of Fair Oaks Farms, a facility that supplies cow’s milk to dairy brand Fairlife.

“I keep my mouth shut most of the time about this because I believe everyone should do, eat, and say whatever they want,” she wrote online.

“But man… if you can watch the videos that I just posted and not give a [expletive] that it’s YOU contributing by LITERALLY EATING the creatures that are being fully tortured just for your pleasure. I feel sorry for you,” she said about the footage, which shows the inhumane treatment of cows and their calves in the dairy industry.

“I understand that meat tastes good… and I know you think you’re just one person and it ‘won’t change anything if you stop,’” Eilish said. “But that’s ignorant and stupid.” 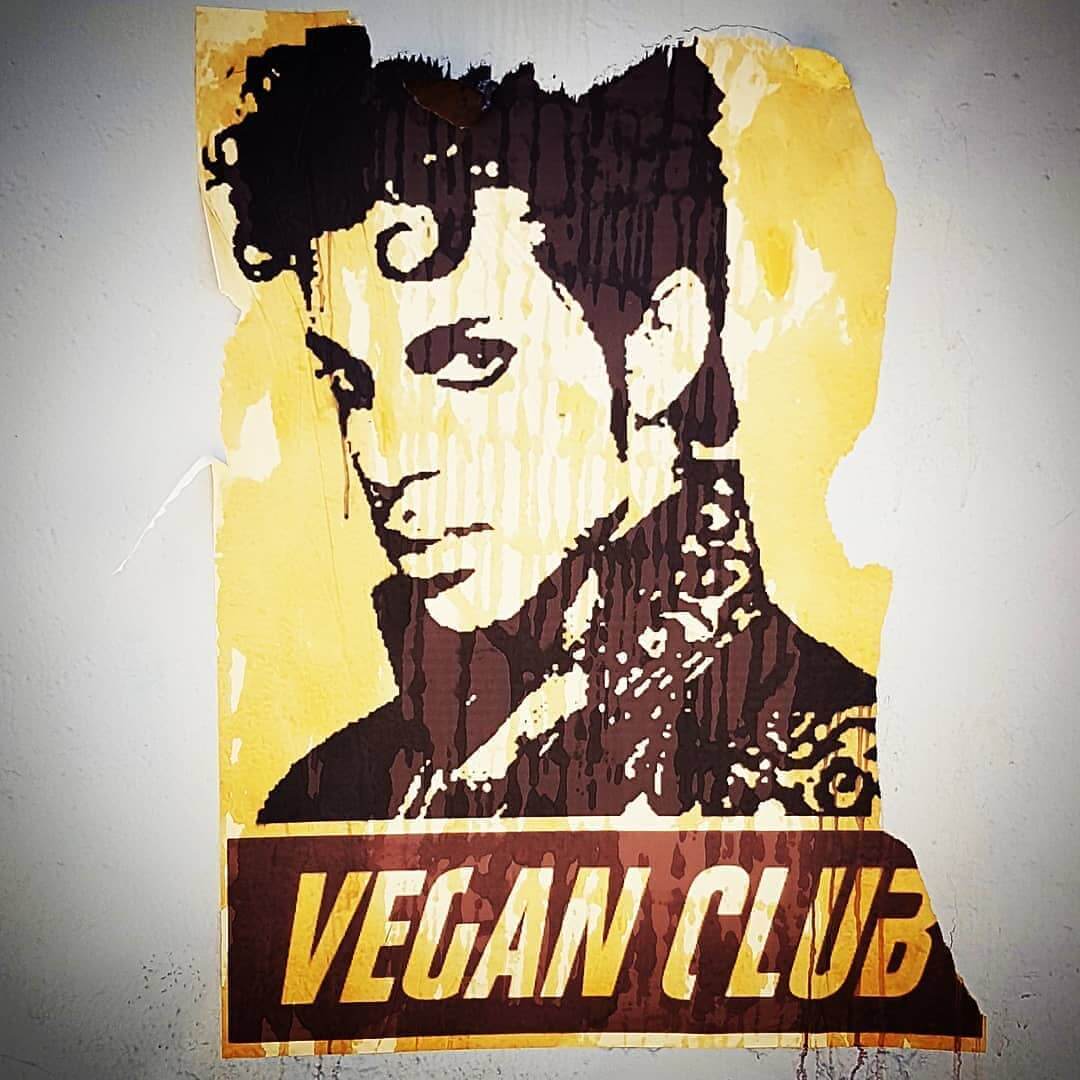 The group believes its products can help inspire change. “Every time you wear our apparel and hang our original artworks in your home or office, you assist in driving this necessary social change,” it writes on its website.

“Over 70+ billion animals (over 1 trillion, if you include fish) are slaughtered every year for human consumption, putting these animals in an unnecessary condition of pain and suffering, and causing disastrous damage to our environment. Also, the consumption of animal products causes diseases which can be prevented with a plant-based diet,” it said. “Vegan Club wants this insanity to stop, and in order to achieve that, we need people to spread love through vegan art and vegan apparel.”