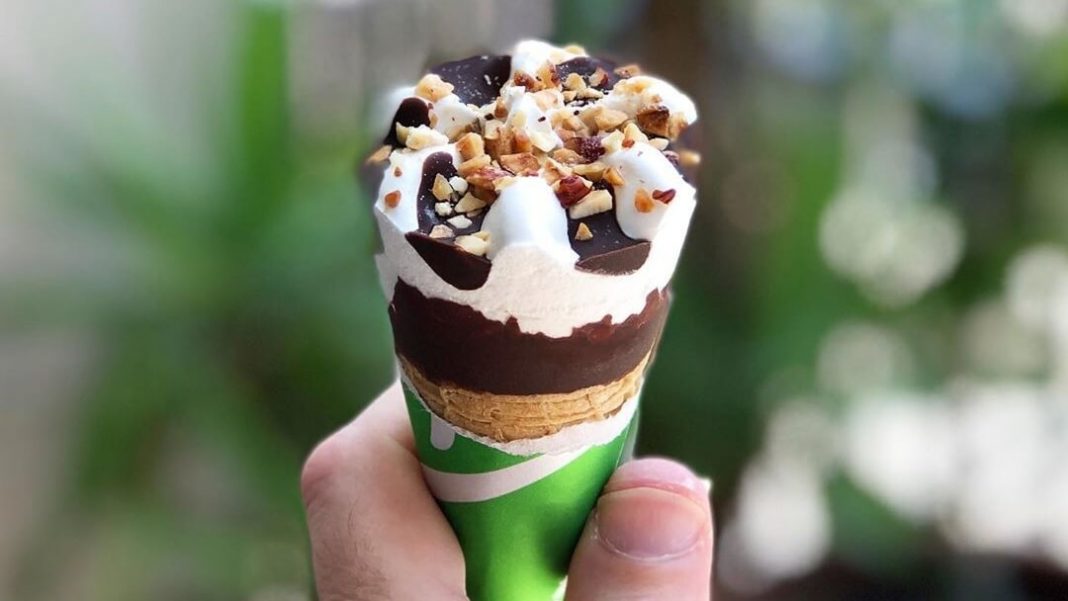 Vegan Cornettos have arrived in Australia. The dairy-free ice cream cones are an exact match of the classic frozen treat, only featuring soy-based ice cream and dairy-free chocolate.

The frozen treats come speckled with dark chocolate pieces and topped with crunchy chopped hazelnuts inside a wafer cone coated with chocolate. And of course, it has the iconic chocolatey tip that Cornettos are known for.

“For over 50 years we’ve been perfecting our Cornetto recipe, including allowing us to use soy based ice cream that keeps the smooth ice cream texture that Cornetto is famous for,” says the brand.

Australian vegan blogger Messy Veggies, who sampled the new ice cream, notes that unlike the version that launched in the UK last year, the wafer cones are not gluten-free.

Perfect weather for a Cornetto! Thanks to @nutellatasha for sharing this snap of her vegan Cornetto! Tag #justonecornetto to be featured ? – – #cornetto #vegancornetto #summer #bankholiday #tasty #icecream

Vegan Ice Cream Down Under

Dairy-free ice cream is becoming increasingly available across Australia as consumers continue to seek animal-free products for their health, sustainability, and animal welfare issues. Globally, the vegan ice cream market is expected to reach $1 billion by 2024.

According to data released by Euromonitor International last year, Australia is one of the fastest-growing vegan markets in the world, behind the UK, the US, and Germany.

Four-packs of the vegan Cornetto cones are available in Woolworths, IGA, and select specialty grocery stores across Australia. But, according to many fans, supermarkets are already selling out due to high demand.