A team of vegan mountain climbers are set to summit Mount Kilimanjaro, Africa’s highest peak. Called the Vegan Kilimanjaro 2 Plant-Based Nutrition Challenge (VK2), the event aims to demonstrate the physical feats that can be achieved on a vegan diet.

The trek is a follow-up to last year’s Vegan Kilimanjaro Challenge, which took place last March and benefited the expansion of PCRM’s Barnard Medical Center, the world’s first 100 percent plant-based medical facility. This year, VK2 aims to do the same, promoting charitable donations to the vegan medical organization’s facility. A banner supporting the mission of PCRM will be unfurled at the foot of the famous Uhuru Peak.

Ultimate Kilimanjaro, an online guide for climbers, reports that last year’s trek involved 17 climbers from across the world, ages 18 to 70, of various experience levels. The team was provided with vegan food, mess tents, cooking gear, and food storage for their six-day climb on the challenging Machame route. 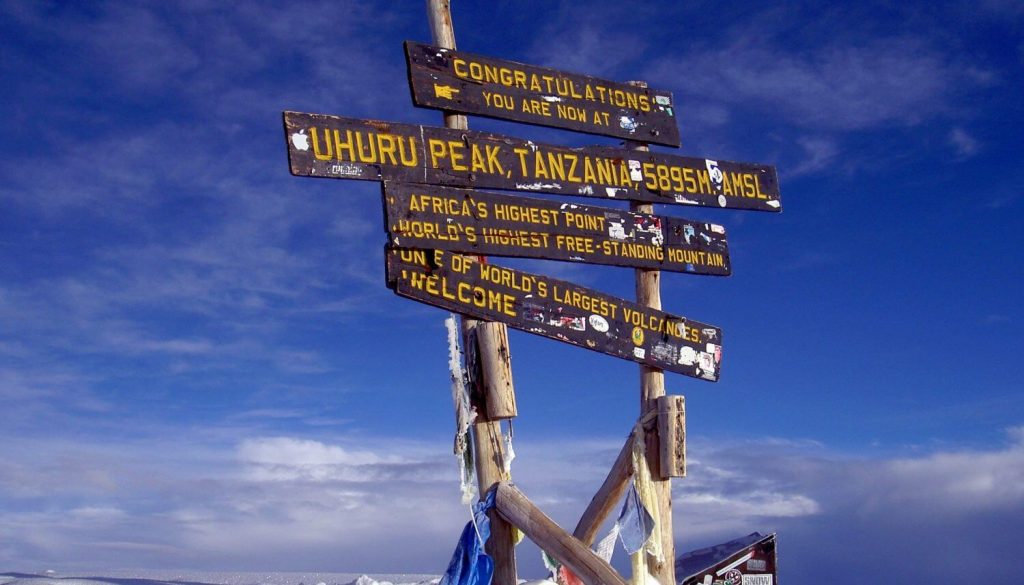 The event was created by San Diego native and a vegan of 21 years, Mike Weinberg, who wanted to scale Kilimanjaro for his 65th birthday. Wanting to share the experience with others who hold the same values, Weinberg came up with the idea of putting together a team of plant-powered athletes who would scale the mountain with him.

“It was the hardest thing we’ve ever done,” said Weinberg. “On our fourth day, after eight or more hours of strenuous hiking, all 17 of us reached Barafu high camp at 15,000 feet.”

Despite the challenging nature, the climb was a success: “We began our final 4,000 foot ascent to the summit in the middle of the night in subfreezing temperatures. After an excruciating seven plus hours of ultra-slow, step-by-step effort, legs screaming for oxygen and brains urging us to quit, 14 of us reached the summit!”

Now, Weinberg is looking to do it all over again and promote PCRM’s mission of supporting a healthful plant-based diet as an effective means of combatting or alleviating the symptoms of chronic diseases such as heart disease, cancer, and type-2 diabetes. Applications are now open and donations to PCRM are encouraged.