LIVEKINDLY
Home Business You Me At Six and Temple of Seitan Open Vegan Kebab Shop... 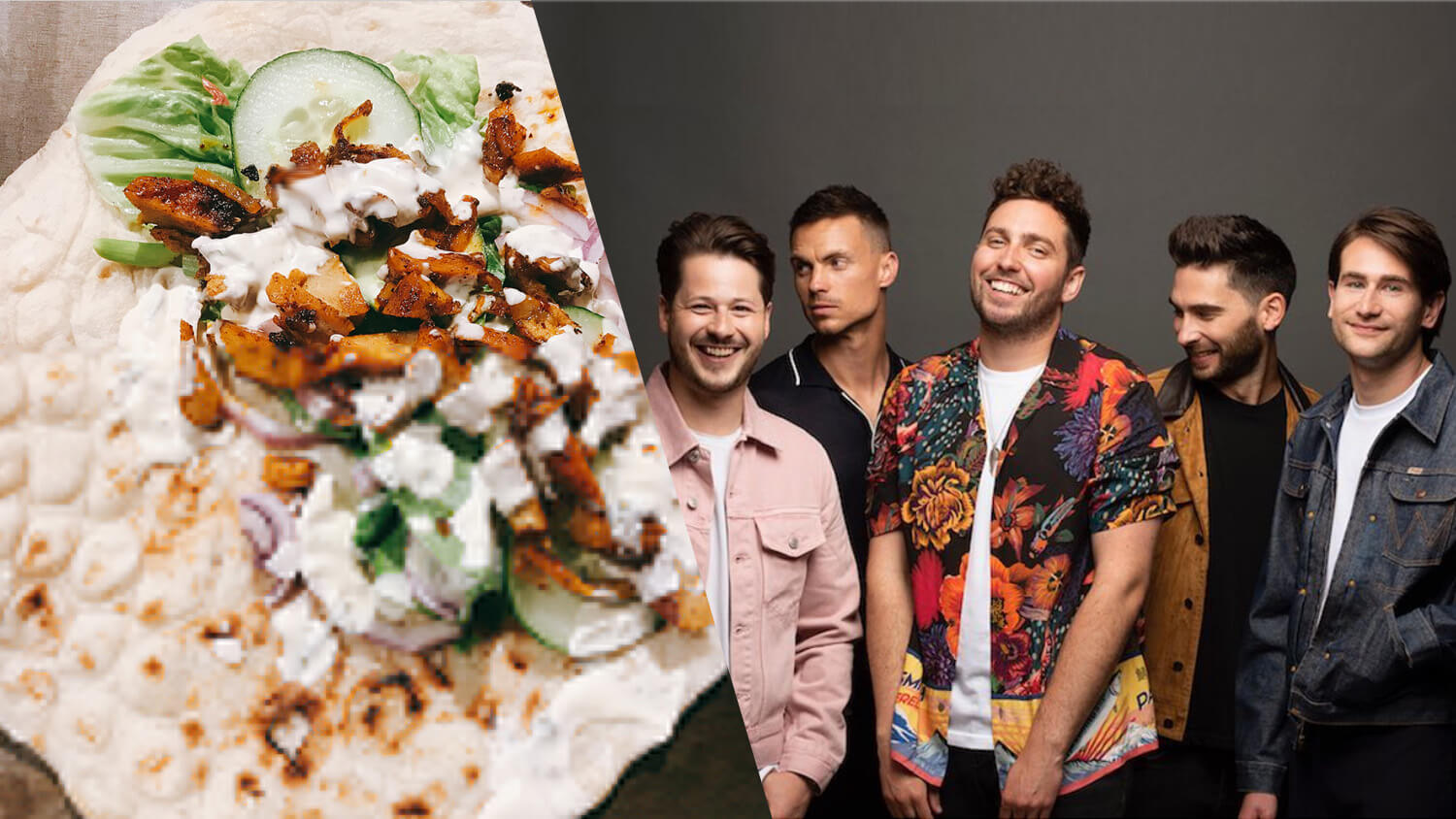 English pop-rock band You Me At Six is opening a vegan kebab shop “You Me At Shish” for one night only.

In collaboration with London-based vegan fast-food chain Temple of Seitan, the You Me At Six boys will be celebrating the launch of their new album VI with animal-free shish kebabs. The band made the announcement in an Instagram post with the caption, “First come, first served. See you there.”

Like it’s music scene, London’s vegan movement is booming, and Temple of Seitan is at the heart of it. Founded in 2015, the small chain, which has locations in Camden and Hackney, specializes in KFC-style vegan chicken, as well as plant-based cheeseburgers. Earlier this year it announced the launch of its new venture, a shop-cafe hybrid named Temple Goods, in the centre of Hackney Downs Vegan Market.

Speaking about the launch party on Facebook, Temple of Seitan joked, “FYI, we’ve just hired You Me At Six as executive chefs.”

Music and vegan food are a popular combination. In Sheffield, the former frontman of Bring Me The Horizon Oli Sykes has also opened a vegan venture, albeit his is a bit more permanent than You Me At Six’s.

Named “Church: Temple of Fun,” Sykes’ music venue and eatery is in the listed Osborn Works building in Kelham Island, and is catered by the local vegan kitchen Make No Bones. “Our building has incredible heritage and I wanted to develop a [bar arcade] concept that truly celebrated and developed that legacy,” he told Kerrang in the summer. He added, “Our strapline is ‘Temple of Fun’ – we provide a whole experience.”

You Me At Six’s vegan kebab launch party will take place on October 5 at 6 pm.

Image Credit: You Me At Six