New vegan cold brew drinks are on the way to the United States.

Based in Austin, Texas, Chameleon Cold-Brew was the first fair trade and organic cold brew company in the U.S.

Until recently, all of Chameleon Cold-Brew’s products were vegan; the brand just introduced cans of cold-brew with whole milk. However, alongside the dairy launch, the company also introduced a new plant-based cold brew blend featuring oat milk, which is sold in 46oz bottles, according to NutraIngredients-USA. 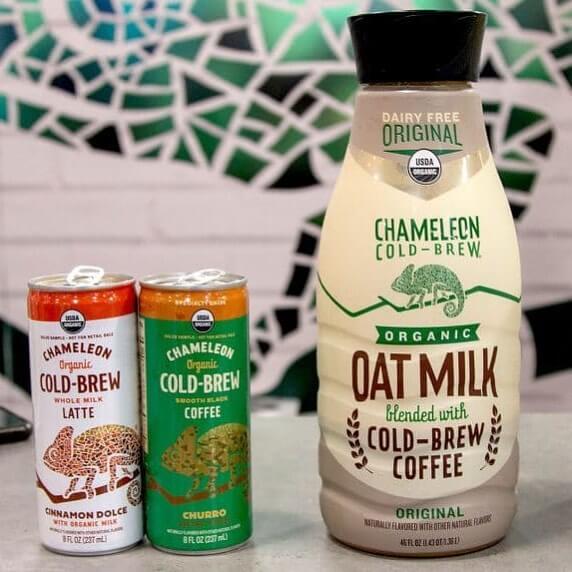 Speaking to Refinery 29, RISE’s CEO Grant Gyesky said, ”We decided to pair our cold brew coffee with oat milk after over a year of trying virtually every existing dairy alternative.” Soy, almond, coconut, walnut, rice, oat, and hemp milk were all tested for the beverage but consumer feedback consistently pointed to oat milk due to its taste, nutrition, and consistency. Gyesky added that he believes oat milk is RISE’s future.

Going a step further, in February, Starbucks introduced bottles of almond milk Frappuccinos, available in flavors mocha and vanilla. The “sweet and creamy” beverage was available in 2017 but was not vegan at the time. Following a conversation with People for the Ethical Treatment of Animals (PETA), the largest animal rights organization in the world, the recipe was updated to be animal product-free.

As the public leans away from dairy for health, environmental, and animal welfare reasons, plant-based milk is becoming more popular. Earlier this year, it was reported that 48 percent of dairy-drinking Americans are also buying vegan milk. In the UK, more than a quarter of young people have reduced or cut dairy consumption altogether.