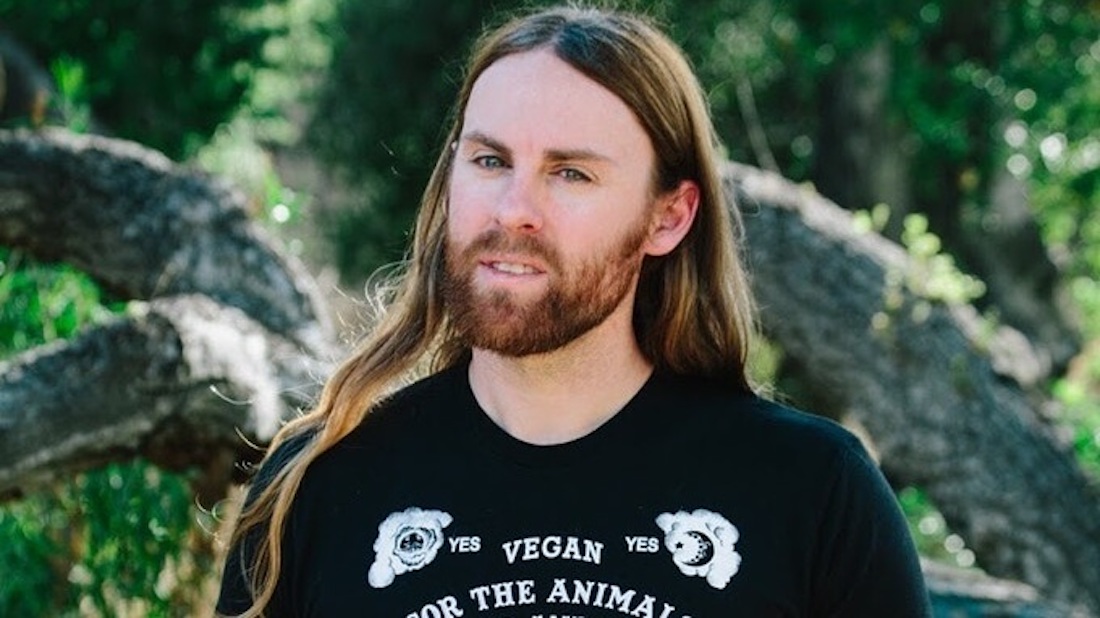 Influencer Chris Cooney, also known as “The Vegan Zombie” on his popular YouTube channel has announced that he is working on a feature-length film. Cooney has promised to partner with the award-winning screenwriter and best-selling author, Brooklyn Hudson, along with a yet-to-be-released cast of stars from iconic movies.

Called “A44,” the new film will be a dramatic thriller that tells the story of 24-year-old Harley Landon, a resident of the small town of Amherst where a mysterious stomach virus mysteriously descends upon the locals. The virus is traced back to the local meat and dairy farms, but instead of merely causing digestive issues, the plague leads to an outbreak of violent, infected individuals. A lifelong vegan, Landon remains unaffected along with his dog companion and his romantic interest, Vanessa. The trio battle through a series life-threatening scenes in order to find a cure and save the town.

“I was 6-years-old when I first watched E.T. – The Extra-Terrestrial and the film changed my life forever. I became captivated by the big screen, and later, the genre of horror,” Cooney wrote on the official Kickstarter page.“My father played a huge part in my passion by making films with me, my siblings, and our friends, shooting on his super-8 camera. At age 16, when all my friends were buying cars, I saved my money and purchased a camcorder.”

It’s live! I wrote a script for The Vegan Zombie 10 years ago which inspired me to make my channel and this account. It finally has the chance to become a movie. That’s right, the plan is to get it on the big screen and bring the vegan message to the masses. We have an amazing cast and crew. I still can’t believe this is happening. Please support and share the news. There is more info in the link in my bio. Let’s make this happen! ??‍♂️?? #vegan #veganmovie #veganism #spreadthemessage #compassion #A44 #zombies #passion #veganzombie #followyourdreams #thankyou #theveganzombie

Cooney and Hudson, who serve as the film’s co-writers, producers, and directors, have both been vegan for over 20 years. Hudson, known for penning the award-winning thriller novel “Wishbone” and several feature-length and short films, had been a fan of Cooney’s channel for several years. After hearing that Cooney had drafted a script for a horror movie, Hudson reached out to Cooney asking if he would like to work together on the film and the two joined forces.

Cooney himself will star as the lead role, accompanied by a cast of soon-to-be-announced actors from films cemented in popular culture such as “E.T.  – The Extra-Terrestrial,” the star of “Elf,” the villain of “The Goonies,” and a screen legend from “Platoon.”

“It’s been my lifelong dream to direct a feature film and beyond my wildest dreams to cast this film with the very actors who inspired me and had the biggest impact on my early life and passion for film,” wrote Cooney.

As the dirctor and producer, Cooney has established that “A44” will be an entirely plant-based production. Vegan gourmet meals will be provided by chef Ron of Creative Catering, an independent catering company based in central New York that specializes in vegan and farm-to-table cuisine. Special effects makeup artist Georgy Schminky of SyFy’s competition reality television show “Face-Off” will create gory looks using all vegan makeup as well as plant-based meats to replicate internal organs and body parts.

Cooney and Hudson are currently raising funds for the film’s production. When complete, the pair hope that “A44” will receive both a widespread theatrical and Netflix release, with a small percentage of proceeds going to farm animal sanctuaries. “We want to bring the vegan message to the mainstream,” Cooney said.