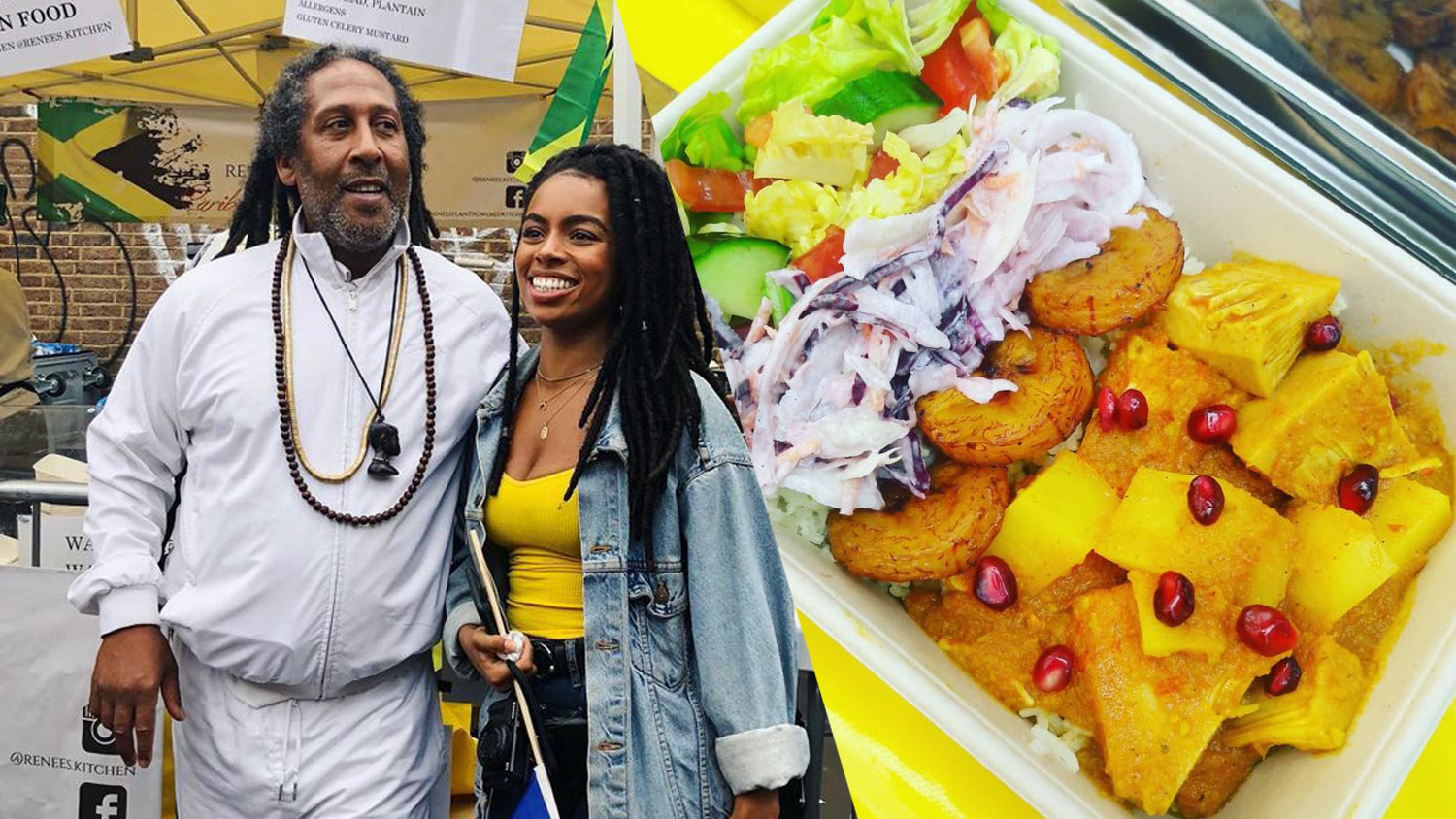 Caribbean cuisine often features vegan-by-default options such as plantains, rice and peas, curry chickpeas, doubles, callaloo, pumpkin, and more. However, it’s best-known for curries, stews, and jerk dishes centered around meat. But, in the UK, plant-based Caribbean food is being embraced by diners.

In a recent BBC radio programme, vegan lifestyle YouTuber Rachel Ama met with a handful of local plant-based business owners to learn how they approach meat-free cooking. Ama, who comes from a Caribbean family herself, explained that her relatives didn’t understand her diet when she first went vegan three years ago.

“What I found frustrating in Caribbean culture – especially from my aunties and stuff – there’s this foreign-ness about plant-based foods and I’m like, there’s a whole Rastafarian movement where people are only eating off the land, off plants,” Ama said. “…why is it so foreign for me to suddenly now be vegan when the food has been seasoned and manipulated without meat and fish before?”

Ama shared a similar point of view with each of the restaurants she visited throughout the programme, particularly with those that specialise in vegan Caribbean cuisine. She first spoke to Jahson Peat, owner of Zionly Manna Rastaraunt in London. “Rastaraunt,” chef Peat explained, “means that it’s part of the Rastafarian culture to have a consciousness regarding food, regarding tradition, regarding putting important things into your temple.”

Red rice and peas, Ackee, plantain and a side of cucumber ? #RENEESKITCHEN #issaplantbaseddream #vegansofig My Dinner it could also make an appearance at a future supper club

At Zionly Manna, chef Peat serves only whole, plant-based versions of popular Caribbean dishes like rice and peas, plantains, rasta pasta, stew chickpeas, phoulerie, lo mein, and more. “We call it the food for the gods because it’s in the Scripture,” he said. “Anything you eat must be medicinal, not only physical, spiritual…economical as well. You have to be able to sustain your existence.”

Chef Peat also feels inspired by the younger generation’s growing demand for vegan food. “They’re not even asking for change, they’re demanding it,” he said.

Not all businesses embracing meatless Caribbean cuisine are completely vegan. Ama attended the Notting Hill Carnival to visit Deli Jerk Centre, a 20-year-old street food caterer specialising in jerk cuisine. Andrea Brown, who operates the business, explained that she added vegan options to the menu because she believes it to be important and it connects to her Caribbean roots. Despite the presence of wraps served with jerk chicken, beef, or pork, Brown says that the stand’s plant-based options are a hit. “To tell you the truth, this year at Carnival it’s been my main seller,” she said.

Also at the Carnival, Ama found Renee’s Kitchen, a pop-up vegan soul food restaurant. The pop-up operates out of Greenwich Market three times a week, as well as several other UK markets where ackee, barbecue jerk wraps, curry jackfruit, potato salad, plantains, and rice and peas are on the menu. According to the unnamed stand operator, customers are often ecstatic to find vegan options at the festival.

A mixture of races and ages have ordered the food, she noted, however, the older Caribbeans, in particular, has gravitated towards the stand. Many, she found, are longtime vegetarians who have recently learned about veganism and are happy to find Caribbean cuisine made without any animal ingredients.

“Loads of older generation have said to me, ‘back when I started 20 years ago there was none of this. We just had to survive off vegetables and stuff, but now you guys have got it so easy’,” she said. “There’s options all over for us. The fake meat range, the plant-based range — there are so many options, it’s unreal.”